Who created the UN? (Picture: Getty)

The COP26 climate change conference will be in Glasgow, Scotland from October to early November.

It’s an annual gathering where world leaders discuss action on saving the planet – and this year, will specifically reflect on actions taken since the Paris Agreement was signed five years ago.

But wait, what exactly is the United Nations (UN), the international group behind the conference?

The UK is just one of 193 member states, all sharing the same aim of promoting peace and security on a global scale.

October 24 is also officially United Nations Day – so here’s what you need to know about the organisation.

When was the United Nations first created – and by who? 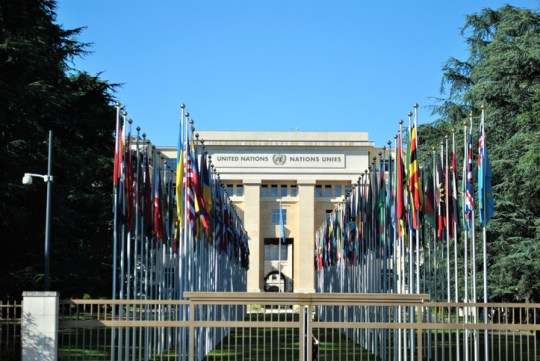 The organisation was created as a direct response to the Second World War, which left many of the world’s countries in a dire state.

World leaders met in San Francisco in the US as the war was drawing to a close – between April and June 1945 – to agree that a similar world battle should never be allowed to happen again.

An agreement was drafted, and signed by 50 countries that June.The war ended on September 2, 1945 – and the charter came into effect on October 24.

There were 51 founding members of the United Nations, including Poland, which signed the UN charter at the later date of October 15.

China, France, Brazil, the UK, the US, the USSR (as Russia was then), Iran, Lebanon, India, Turkey, Australia and South Africa were among the 50 founding members. 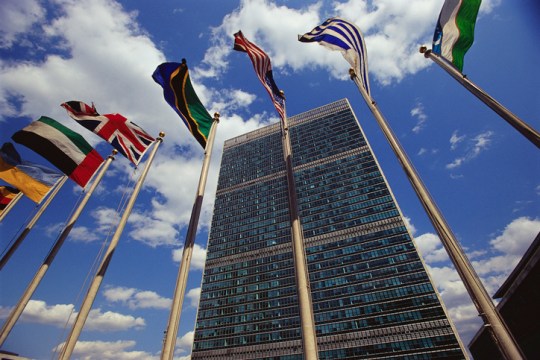 Many other countries from Africa, Europe and the Americas joined, including Ethiopia, Greece, Denmark, Norway and Argentina.

Why was the United Nations established?

As mentioned, the UN was created as the Second World War drew to an end.

Talks began in 1944 among the UK, US, China and Russia (then the Soviet Union) to create a peacekeeping organisation which would aim to avoid a Third World War.

It was also designed to replace an existing alliance, The League of Nations, which, as we all know, did not succeed in stopping WW2. 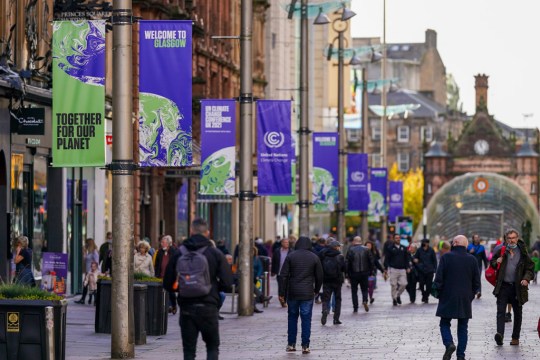 COP26 is coming to Glasgow at the end of October 2021 (Picture: Ian Forsyth/Bloomberg via Getty)

To prevent conflict on that scale, those four nations and France form the Security Council – along with 10 other impermanent members – which aims to keep the peace between all the countries of the world.

This is just one of six ‘organs’ (purposes) that make up the UN today.

Via the General Assembly, crucial world issues are discussed between the member states. All 193 countries get to send a representative. There is also an Economic and Social Council – which is where environmental issues would be tackled.

A Trusteeship Council is also in place, which has the sole purpose of assisting several states in their mission to become self-governing and independent countries.

The Secretariat manages the day-to-day running of the organisation, and finally, at The Hague in The Netherlands, there is the International Court of Justice.

The latter is what it says – an international court – and the only one in the world to judge country vs country disputes. It also acts as an arbiter of international law.