The home secretary’s treatment of staff has come under intense scrutiny following the resignation of a top civil servant who worked with her (Picture: PA)

Boris Johnson and Priti Patel have survived a a High Court challenge over bullying accusations.

The home secretary was found to have ‘unintentionally’ broken the ministerial code through her behaviour towards staff last year.

He sued the Home Office for unfair dismissal and alleged that staff felt Ms Patel ‘created fear’ in the department, allegations she strongly denied.

The report found she had ‘not consistently met the high standards expected of her’ and her behaviour had ‘on occasions… amounted to behaviour that can be described as bullying in terms of the impact felt’.

Sir Alex Allan, the ministerial advisor on standards, resigned when Mr Johnson decided to keep her in post despite the findings.

A union representing senior civil servants took legal action to challenge the prime minister’s decision to back her but the High Court has thrown out the bid brought by the FDA. 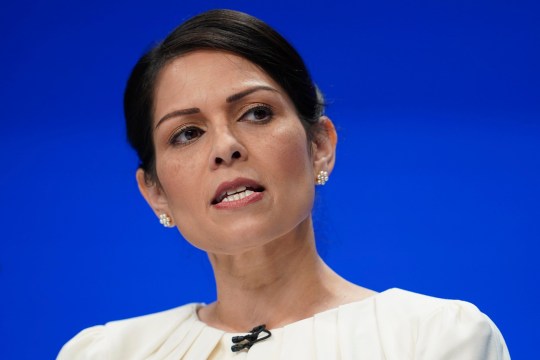 Boris Johnson reportedly told colleagues to ‘form a square around the pritster’ following the findings and resulting criticism (Picture: AP)

Lord Justice Lewis concluded in a ruling at the High Court on Monday that Boris Johnson had not misdirected himself as to the provisions of the Ministerial Code when reaching his decision.

The judge, sitting with Mrs Justice Steyn, said: ‘The question for this court is whether the Prime Minister proceeded on the basis that conduct would not fall within the description of bullying within paragraph 1.2 of the Ministerial Code if the person concerned was unaware of, or did not intend, the harm or offence caused.

‘Reading the statement (made by Mr Johnson) as a whole, and in context, we do not consider that the prime minister misdirected himself in that way.’