A Ukrainian soldier has been recording his thoughts while under fire from Russian forces (Picture: Roman Trokhymets/TikTok/@rommamazov)

A Ukrainian soldier has told how he only had one chance to fire a UK-supplied anti-tank weapon at a Russian vehicle ‘before it killed us all’.

Roman Trokhymets said he only had one chance with the shoulder-mounted missile system as enemy machine gun fire zeroed in on his position in the eastern Donbas region.

The former real estate agent, from Kyiv, is shown in a video using the Next generation Light Anti-tank Weapon (NLAW) for the first time as he and 10 comrades take cover in a rural area.

Amid the sound of gunfire, the anti-tank soldier and sniper fires the weapon and shouts ‘target destroyed!’ before lying low and saying to the camera: ‘Sometimes I like this.’

He then moves from cover to find the wreckage of the abandoned BTR-70 armoured personnel carrier, an upgrade of a Soviet-era model.

Mr Trokhymets told Metro.co.uk: ‘I would like to say thankyou to the United Kingdom for providing Ukraine with these weapons.

‘It was awesome, one shot, one hit. We had no other anti-tank weapons so I had only this one opportunity to destroy this Russian machine.

‘It had been shooting at us from 200 metres with a big calibre machine gun.

‘It destroyed a whole building where we were, and we were next.

‘So I only had one opportunity before it killed us all. I had never used this weapon before, and it was successful.

‘I was calm and concentrated and just did it.’ 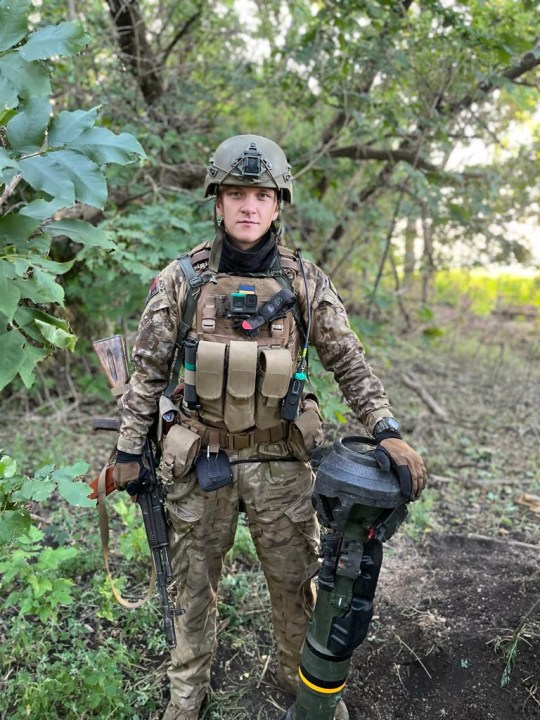 More than 5,000 NLAWs, which have a training time of less than a day, have been sent by the UK to Ukrainian forces.

Designed to eliminate tanks at short range with a single shot, the ‘fire and forget’ weapons are said by analysts to have been a major factor in the defenders’ ability to drive back Russian troops.

Mr Trokhymets’ TikTok video shows the destructive power of the warhead as he moves from cover and crosses a ploughed field to the wreckage of the Z-marked vehicle.

He tells the camera: ‘It smoked, retreated from our position and remains abandoned.’

The highly versatile weapons only have one use, and Mr Trokhymets said his unit had no replacements.

He spoke from an undisclosed place of safety in eastern Ukraine where he was preparing to return to the frontline.

The 30-year-old had been working as a real estate agent and following his passions for acrobatics and running before the full-scale invasion was launched on February 24. 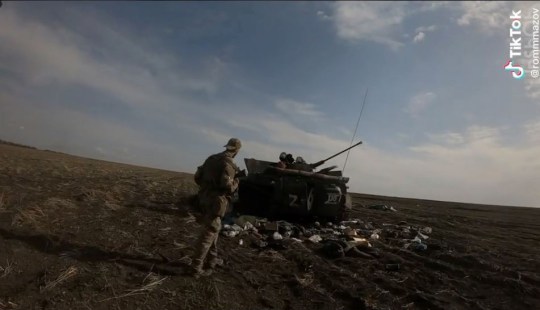 The eliminated Russian armoured personnel carrier after it was hit with a UK-supplied anti-tank weapon (Picture: Roman Trokhymets/TikTok/@rommamazov) 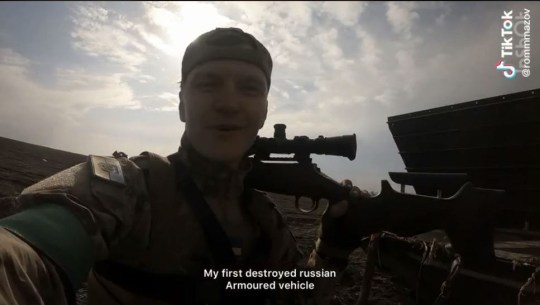 He previously served with the Azov Regiment, cutting short an architecture course to serve on the frontline a year after the Madian Revolution and Russia’s annexation of Crimea in 2014.

Since rejoining the regiment in the current phase of hostilities, the combatant has shared his frontline experiences on TikTok, where his uploads have racked up millions of views.

‘Fighting is somewhere between a crazy adventure and an epic move like Braveheart or Gladiator, where people are fighting for their freedom,’ he said. ‘I think about war in this way.

‘It’s tragic and legendary at the same time.’ 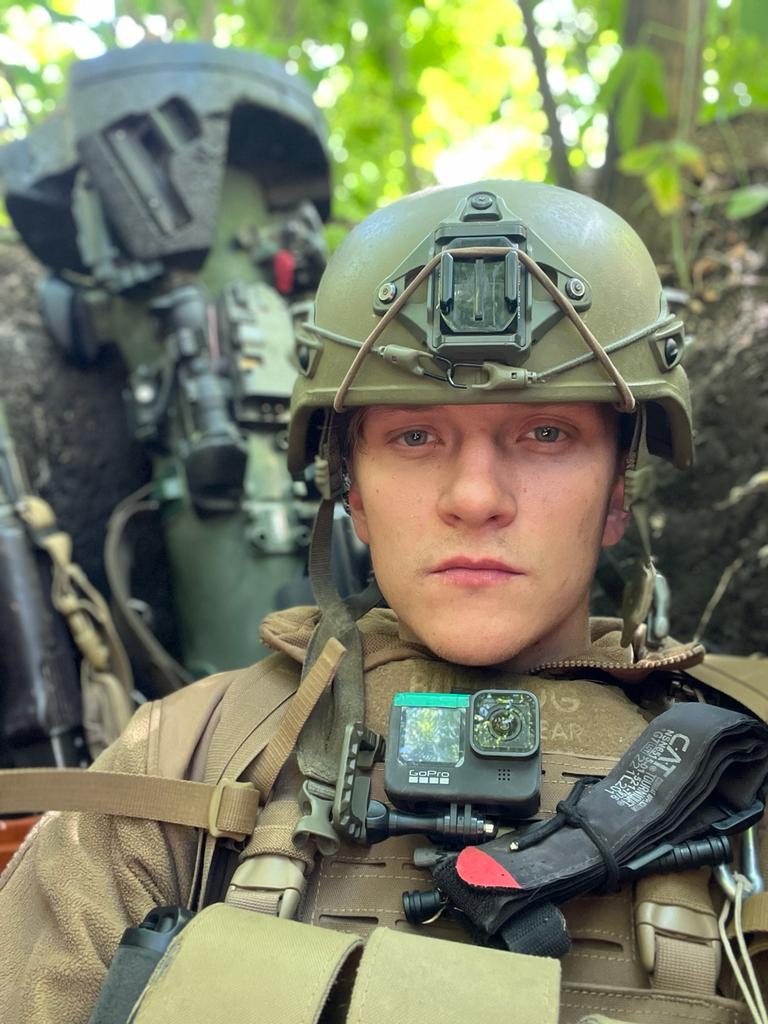 Mr Trokhymets told Metro.co.uk that the counter-offensives in the east and south of Ukraine had taken their toll on Ukrainian forces.

‘The ground is wet and our vehicles are moving slowly, that’s why our counter-attack just slowed down,’ he said.

‘We have also lost people because when you attack, people die.

‘Of course we destroyed lots of Russian orcs, but still Ukrainian soldiers died, it’s much harder than defence.’

Mr Trokhymet’s father is safe from Russian fire, having relocated to the village of Brancepeth in County Durham, where he is being hosted through the Homes for Ukraine scheme.

‘It’s been his dream to go to the UK and to discover the culture so me and my sister found a family to accept him,’ Roman said.

‘He has found work picking fruit so he is making some money and he is happy with his British host family.’

Civilians in Kyiv have been told by mayor Vitali Klitschko to prepare for the prospect of going without water and electricity this winter as Vladimir Putin’s forces continue to pound civilian infrastructure with aerial attacks.

The leader of the Ukrainian Catholic community in the UK, Bishop Kenneth Nowakowski, has said the war will have a ‘generational’ impact on millions of children, but that ‘no one is giving up’.

On the battlefield, the counter-offensive is continuing with Ukrainian forces advancing on the strategically important city of Kherson.