A VILLAGE IN KHERSON REGION, Ukraine—Until recently, Russian artillery pounded Ukrainian forces on the front lines of the war in the south.

But today, just 3 miles from the Russian line, incoming shells have become far less frequent since Ukrainian forces started taking out Russian ammunition depots and bridges in the Kherson region and Crimea.

“There’s about half as much incoming as three or four weeks ago,” says Yevhen, a Ukrainian infantry squad commander, who hasn’t fired his rifle in more than a month.

This is what Ukraine’s offensive to retake occupied territory in the south of the country looks like: not a dramatic ground assault, but a series of artillery strikes designed to cut Russian supply lines and isolate Russian troops in the region.

Using U.S.-supplied long-range Himars rocket systems, Ukrainian forces have disabled several bridges across the Dnipro River and the smaller Inhulets River in recent weeks. The Ukrainians have also taken out a series of ammunition depots, including one this week in Crimea, the peninsula in southern Ukraine that Moscow seized in 2014 and has used as a staging ground for its assault on the southern Kherson and Zaporizhzhia regions.

The Ukrainian soldiers in Kherson say they have noticed a decline in fire from Russian forces.

As a result of these strikes, Russian troops west of the rivers are now being resupplied by ferries and pontoon bridges, military analysts say, and keeping them supplied is already a challenge. Ammunition depots are being moved further away, out of artillery range, meaning supply trucks now run longer routes than they were designed for.

Natalia Humeniuk, a spokeswoman for the Ukrainian military’s Southern Command, said the Russians pulled their command centers back to the east side of the Dnipro River several days ago.

By starving the Russians of supplies, she said, the Ukrainians hope they can force an army with far more troops and greater firepower to retreat.

“There are more of them. They have more weapons. They’re more powerful in the air,” Ms. Humeniuk said. “So we have to find a way to beat them under these conditions. It’s not easy, but it’s doable.” 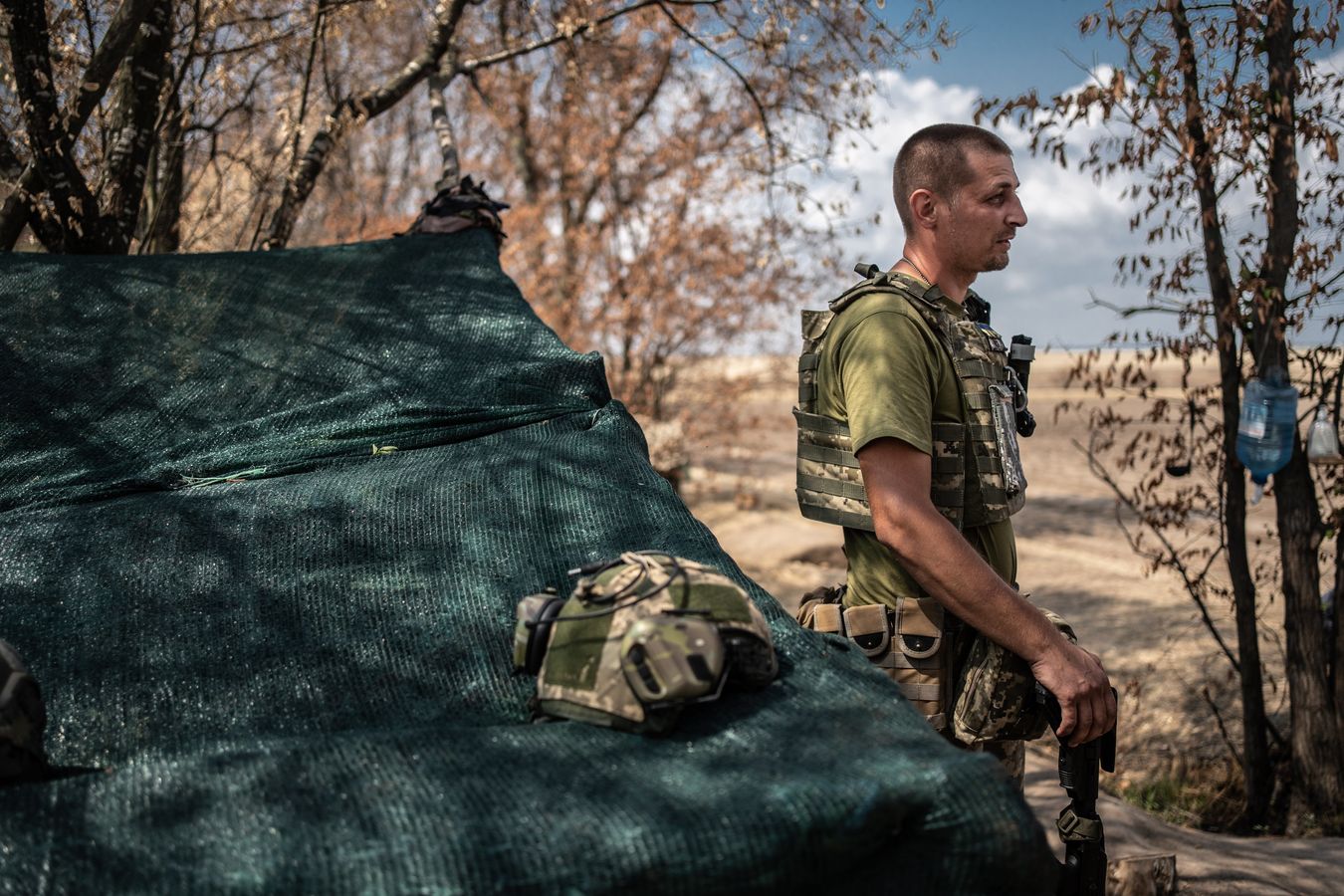 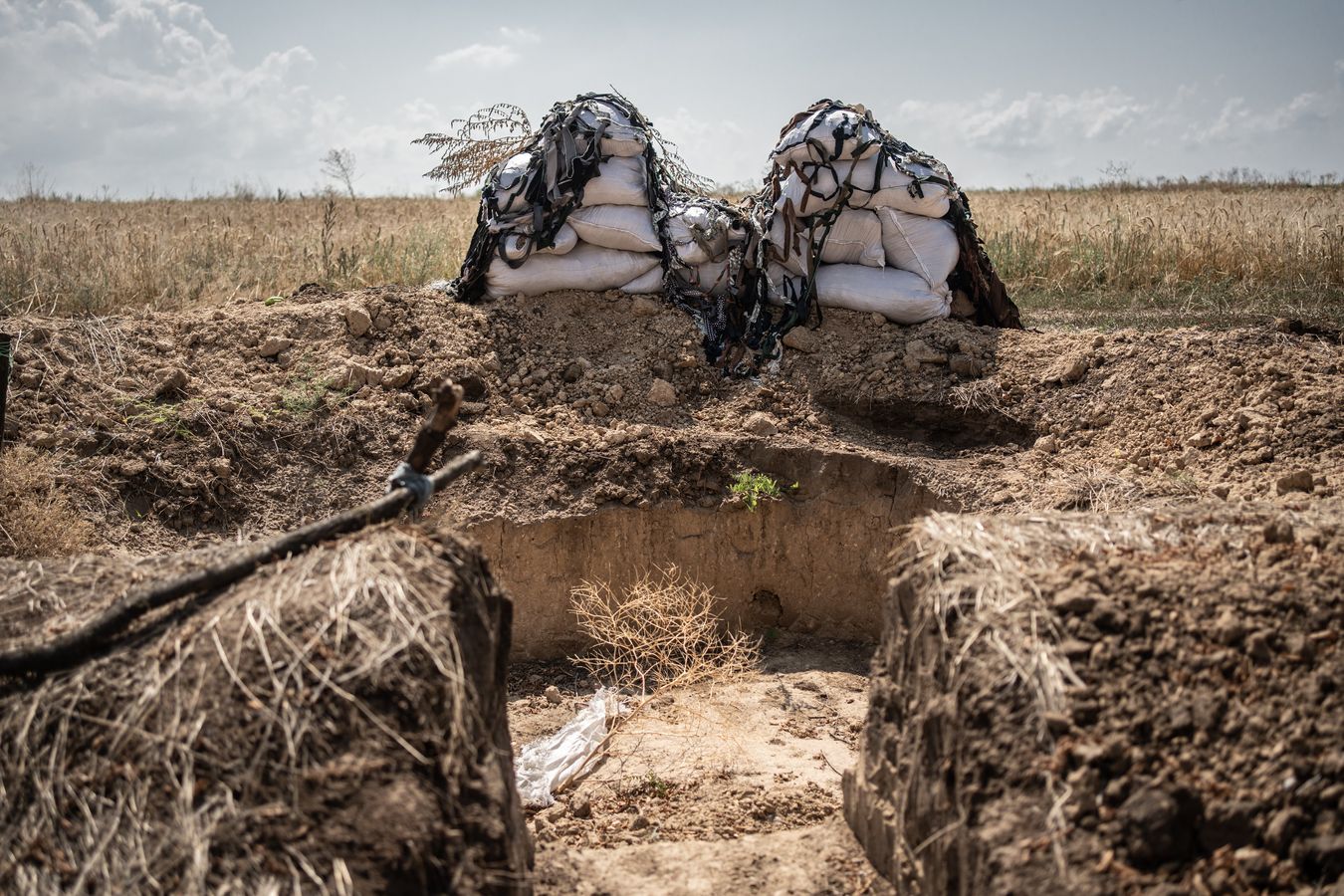 A Ukrainian soldier takes a break at the position in Kherson.

Kherson is the only regional capital that Moscow has taken since the full-scale invasion began in February, and the Kremlin has signaled its intention of holding on to the city. Russian-installed officials in Kherson and other occupied territories indicated they plan to hold a public vote on joining the Russian Federation as early as September. Kherson is also crucial to achieving what Western officials say was one of the Kremlin’s original aims: to take the coast from the Kherson region all the way to Odessa, thereby cutting off Ukraine’s access to the Black Sea.

When an ammunition depot is hit, a Ukrainian special-operations commander in the south said, the special-operations teams inside Russian-held territory work to pinpoint where the Russians moved their bases. “We’ll say, ‘Soldiers come between 6 and 8. Hit it then,’” he said. “Then we see who from the Russian side comes to check, and how they’re going to regroup.”

Partisans inside Russian-occupied territory have also helped the Ukrainian cause, Ms. Humeniuk said, sending the military information about logistics centers they want to target. On Tuesday, an ammunition depot in Crimea, more than 100 miles from the front, was blown up by Ukrainian saboteurs, according to both Russian and Ukrainian officials—a tactical blow and a warning to Moscow that even logistics centers far from the battlefield could be at risk. 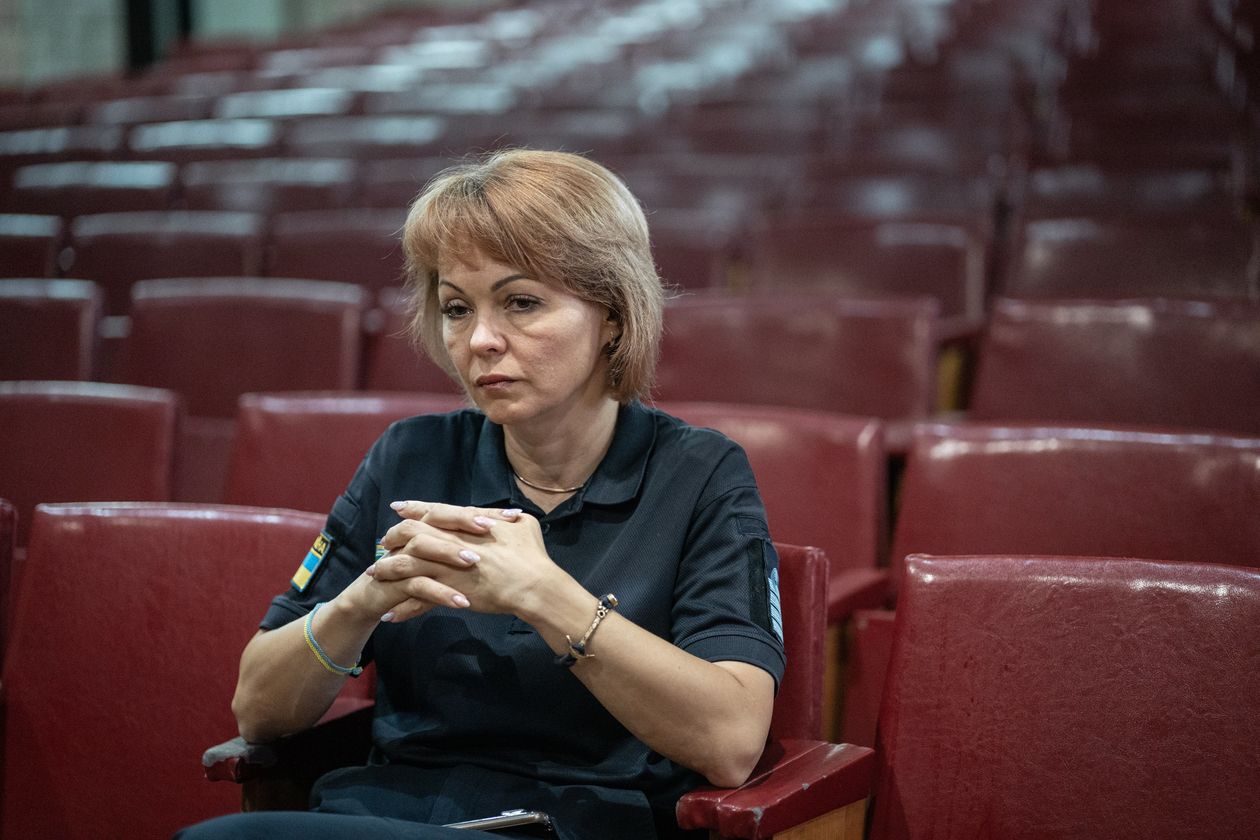 Natalia Humeniuk, a spokeswoman for the Ukrainian military’s Southern Command.

Military analysts say the Ukrainian strategy takes advantage of existing weaknesses in the Russian military. The Russian army, they say, is far more reliant on rail transport than other modern militaries. As a result, it has a smaller fleet of trucks equipped to move ammunition and heavy weaponry. And with trains no longer able to get close to the front, those trucks are having to travel further than they were designed for to resupply troops west of the river.

Earlier this month, the Ukrainians hit an ammunition train, disabling the primary train line between Crimea and Kherson, according to the British Defense Ministry. 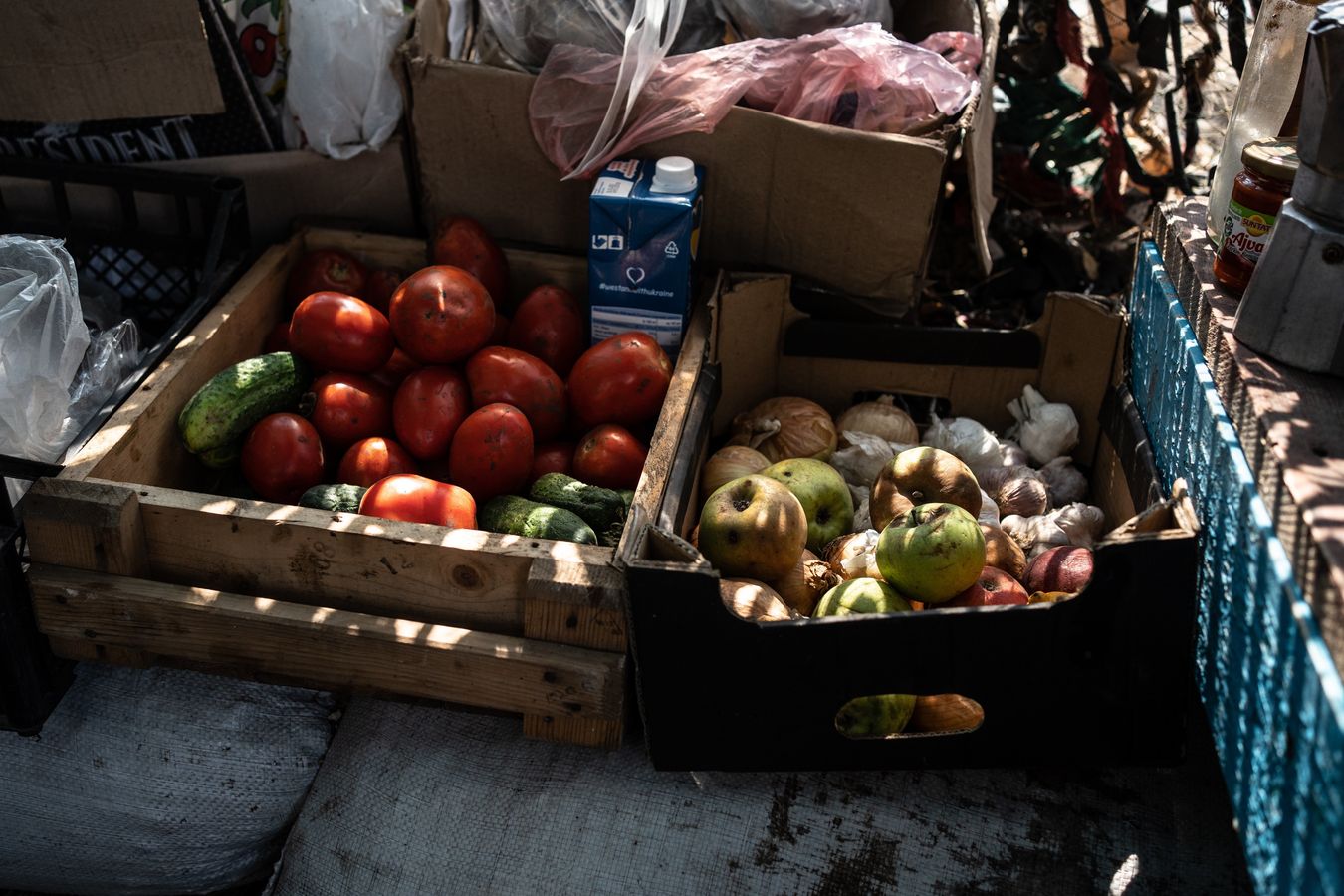 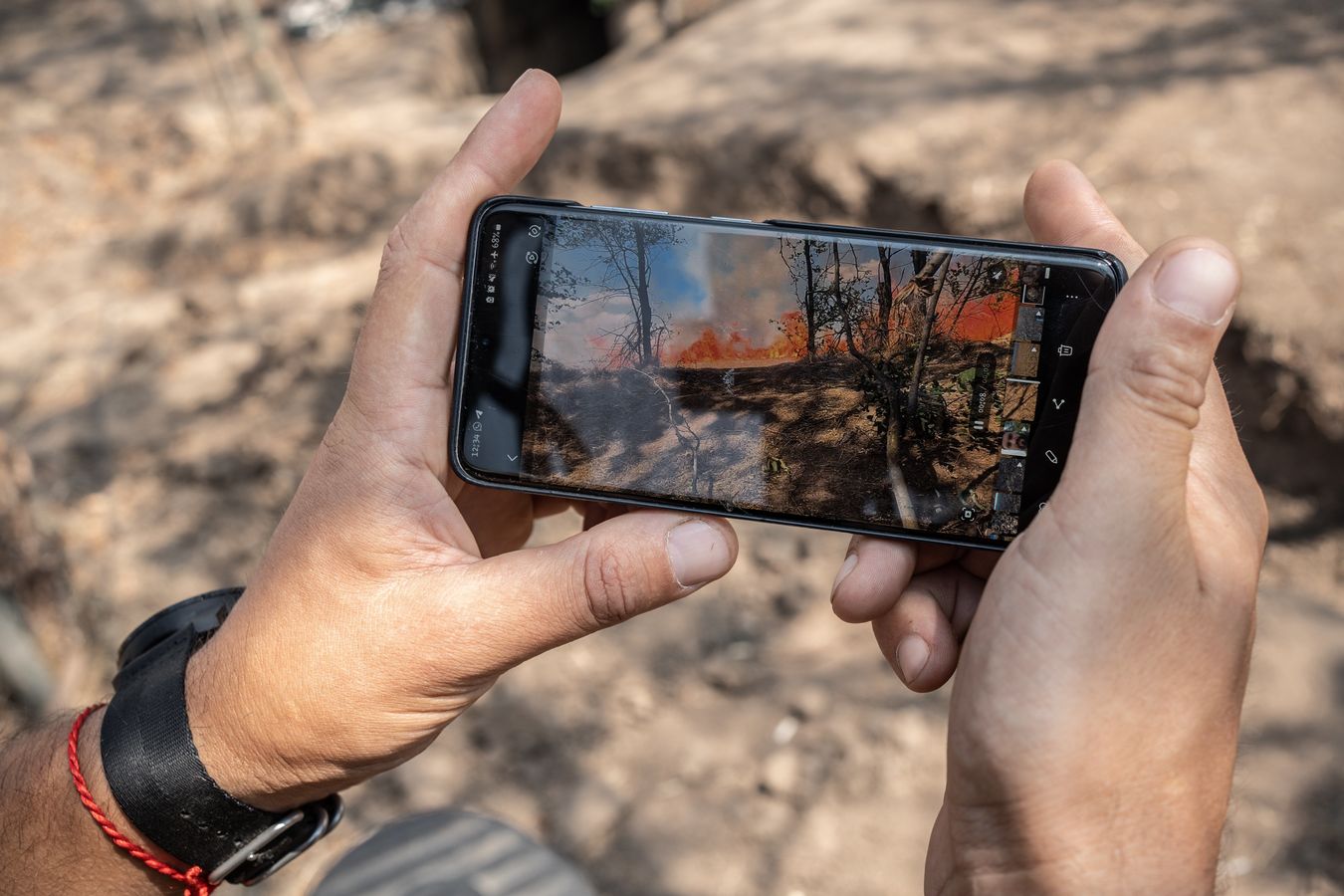 Supplies at the Ukrainian position in Kherson, where a soldier showed footage of a nearby field burning after a Russian strike.

“The Russian logistics system is exhausted—it was never designed to sustain a long conflict outside of Russia,” he said.

Gen. Hodges said the Russians would eventually have to pull back from their positions west of the Dnipro River—including the city of Kherson, which sits near where the narrow Inhulets River joins the wider Dnipro River, which Russians must cross to resupply the city.

“If you can’t keep the required inflow of supplies, at some point you have to give ground,” said retired Maj. Gen. Edward Dorman, the former director of logistics and engineering for U.S. Central Command. “Wars have been lost because of logistics.” 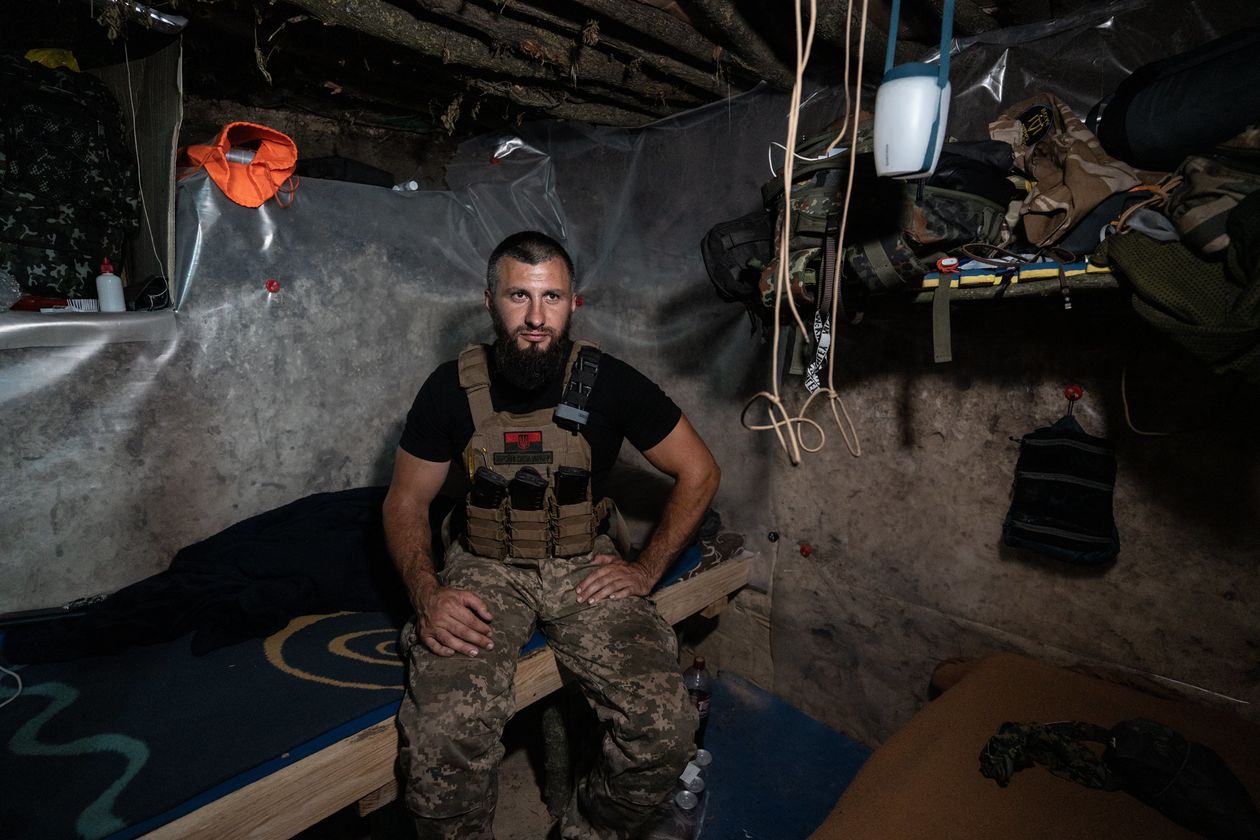 The Ukrainian soldiers in Kherson say they spend whole days in their trenches when Russian shelling is heavy.

Along the southern front line, Ukrainian troops say they can feel the Russian supply problems. “Before we blew the bridges, when we’d hit their artillery positions, they’d replace it in the next moment,” said Roman, an infantry company commander in the same regiment as Yevhen.

But in a sign of how difficult the Ukrainian campaign remains, he said there was still more incoming artillery from Russian forces than outgoing Ukrainian fire.

Several weeks ago, a shell set off a fire in a wheat field adjacent to company’s position, and the heat dried out the leaves on the trees overhead, leaving the soldiers with very little cover. When the shelling is heavy, they spend entire days in the shallow trenches they have dug so far. The territorial gains, Roman said, have been modest. The area was still inhabited by civilians, with public bus service still running. Army officials allowed access and spoke on condition that the location not be identified.

“There’s no huge success here, but we’re doing our job step by step, in a systematic way,” Roman said. “Without enough weapons, the price we have to pay is with our blood.”

Gen. Hodges said that, if the Ukrainians receive enough weapons from the West, they can push the Russians back to the territory they held before the full-scale invasion began in February.

“The Ukrainian general staff is waiting for conditions to be right—they’ve got to get rid of as much Russian artillery and rockets as possible, as much Russian air defense as possible,” he said. “But they’ll have to cross the Dnipro River themselves to make it successful.” 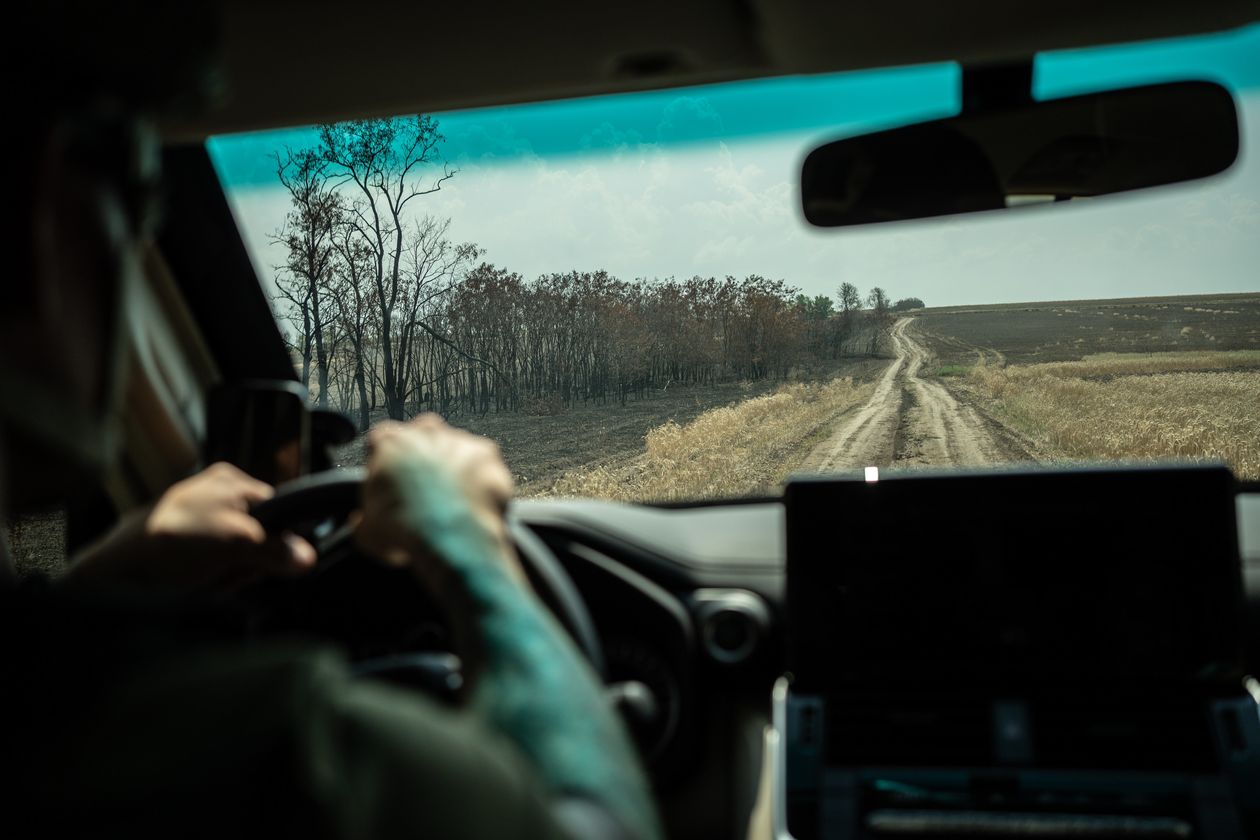 Fields left burned by artillery fire near the Ukrainian line.