The package, which includes artillery, ammunition and coastal defense systems, is intended to support badly outgunned Ukrainian forces in the Donbas region and blunt Russia’s naval advantage in the Black Sea.

who hosted a meeting in Brussels on Wednesday of roughly 50 countries contributing to Ukraine’s war effort. “We’ll stay focused on it for as long as it takes.”

He cautioned that for soldiers in battle receiving the supplies, “it’s never enough.”

to spell out the new billion-dollar commitment. In addition to the U.S. package, NATO members and other allies pledged new weapons and military systems to Ukraine during the meeting, held at North Atlantic Treaty Organization Headquarters.

Ukrainian officials had high expectations of the meeting, warning that the Ukrainian military was suffering hundreds of casualties a day and running out of ammunition.

But the new weapons commitments amount to a fraction of what Kyiv has requested. Ukrainian Foreign Minister

in a Wednesday call with Secretary of State

thanked the U.S. for the new round of assistance but stressed that “we urgently need more heavy weapons delivered more regularly.”

The latest U.S. aid package for the first time provides Ukraine with Harpoon antiship launchers, which defense officials said would arrive in roughly two months. Ukraine has been pushing for such equipment to help defend against Russian missiles fired from ships in the Black Sea and to prevent Russia from launching an amphibious assault on its coastline. Defense officials said they hadn’t yet determined how long it would take to train the Ukrainians to use the Harpoon launchers.

U.S. officials warned that no one weapon could tip the war in Ukraine’s favor. In addition to Harpoons, the U.S. said it also pledged to send 18 155mm howitzers, 18 tactical vehicles to tow the howitzers, 36,000 rounds of ammunition, secure radios and night-vision equipment.

“I wouldn’t say it’s an inevitability [that Russia prevails in Ukraine] but I would say that the numbers clearly favor the Russians,” said Army Gen.

the chairman of the Joint Chiefs of Staff.

Gen. Milley said the U.S. would by month-end transfer to Ukrainian forces previously announced HIMARS long-range precision rocket systems that Ukrainian troops have been training to use.

Some NATO members are upgrading their military capabilities and increasing defense budgets as Russia’s war in Ukraine continues. Analysts say jet fighters and air defense systems are in demand, but some weapons could take years to be delivered. Illustration: Ryan Trefes

The weapons commitments aim to help Ukraine turn back an increasingly brutal Russian advance in the country’s east and came amid widening rifts within NATO over how much military assistance to give Ukraine and when to push for negotiations with Moscow.

said Wednesday that Ukraine would eventually have to hold peace talks with Russia.

“At some point, when we will have helped Ukraine as much as possible to resist, when I hope Ukraine will have won and fighting will have stopped, we will have to negotiate,” Mr. Macron told reporters while visiting French troops in Romania.

Russian troops have advanced in Ukraine over recent weeks by firing vast amounts of artillery supplied largely by rail from Russia, which has large munition stocks at its disposal. Mr. Zelensky has called on Western governments to provide more powerful weapons to counter the attacks. NATO leaders have responded with varying degrees of alarm to the situation and are discussing among themselves how quickly and aggressively to act.

NATO defense ministers planned to discuss the issues over dinner Wednesday and on Thursday. Before their meeting, Mr. Austin hosted a separate gathering of what is being called the Ukraine Defense Contact Group, the countries that are providing lethal and nonlethal aid to Ukraine. The campaign, which began at the U.S. air base in Ramstein, Germany, in late April, has sought to promote and coordinate international contributions to Ukraine’s military and its civil-protection forces.

The contact group, which includes all 30 NATO countries, is meeting at the alliance’s headquarters, but its leaders are straining to make clear that it isn’t a NATO event. The meeting is separate because it includes non-NATO countries and because the alliance is making strenuous efforts not to get involved in combat with Russia. NATO fears that overt involvement beyond supplying Kyiv with equipment and financial support could bring Western countries into direct conflict with Russia and spark a wider war.

“Individually, we are all committed to supporting Ukraine in one way or another,” said U.S. Ambassador to NATO Julianne Smith in an interview. “We will leave it to individual allies to make their own sovereign decisions on what kind of assistance that they want to provide.”

Those decisions are prompting growing controversy in Europe. Countries closest to the fighting, which feel threatened by Russia, are providing the most weaponry and advocating loudest for immediate and aggressive support. Those farther away or who feel greater economic pain from the conflict, particularly Germany and France, are pushing for a longer-term perspective on the conflict.

How long can the Western consensus hold in the face of Russian aggression? Join the conversation below.

Recent comments by President Biden have been interpreted as softening his earlier, aggressively pro-Ukraine stance and potentially opening the door to a negotiated settlement short of an outright Ukrainian victory. But the U.S. continues to lead the push to supply Kyiv with weapons through the contact group.

Under the latest aid package, roughly $350 million will come from weapons currently in the U.S. stockpile. The other $650 million would pay to procure weapons and equipment, including the Harpoon launchers, from defense contractors and other suppliers, the defense officials said. Since Russia invaded Ukraine Feb. 24, the U.S. has provided $5.6 billion in security assistance, the Pentagon said Wednesday.

Ms. Smith, the NATO ambassador, said that within NATO “we always have different debates and perspectives,” but that she didn’t see much friction inside the alliance.

“Obviously, those countries that are closest to the war in Ukraine are feeling that their security situation is increasingly at risk, and they feel added vulnerabilities,” she said.

Alexandra de Hoop Scheffer, director of research on trans-Atlantic security at the German Marshall Fund in Paris, said that war fatigue in countries away from the front line risked widening divisions with those closer to Russia.

“We have been congratulating ourselves for being united, but from the beginning the unity was fragile,” she said.

—Yaroslav Trofimov contributed to this article.

Write to Daniel Michaels at daniel.michaels@wsj.com and Nancy A. Youssef at nancy.youssef@wsj.com 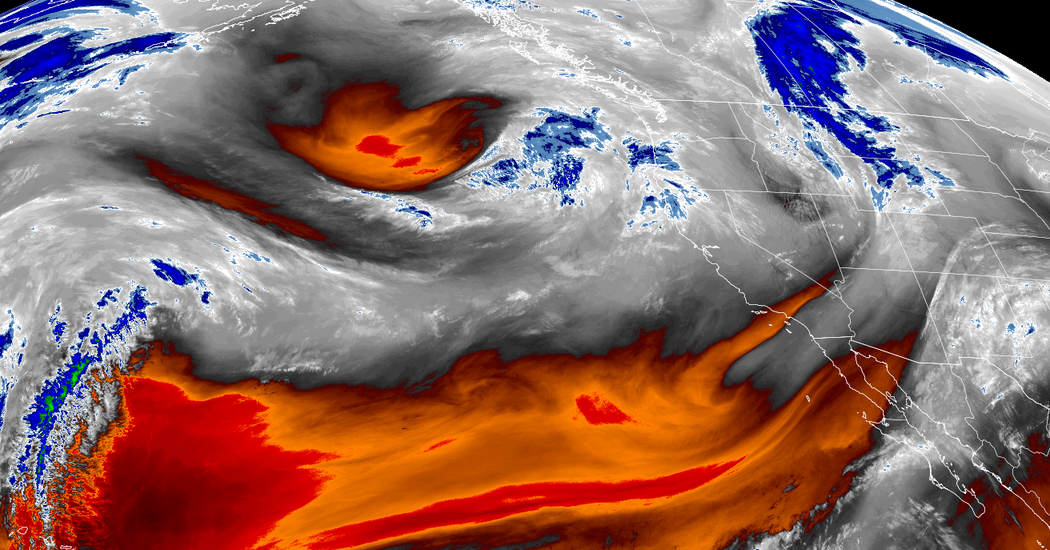 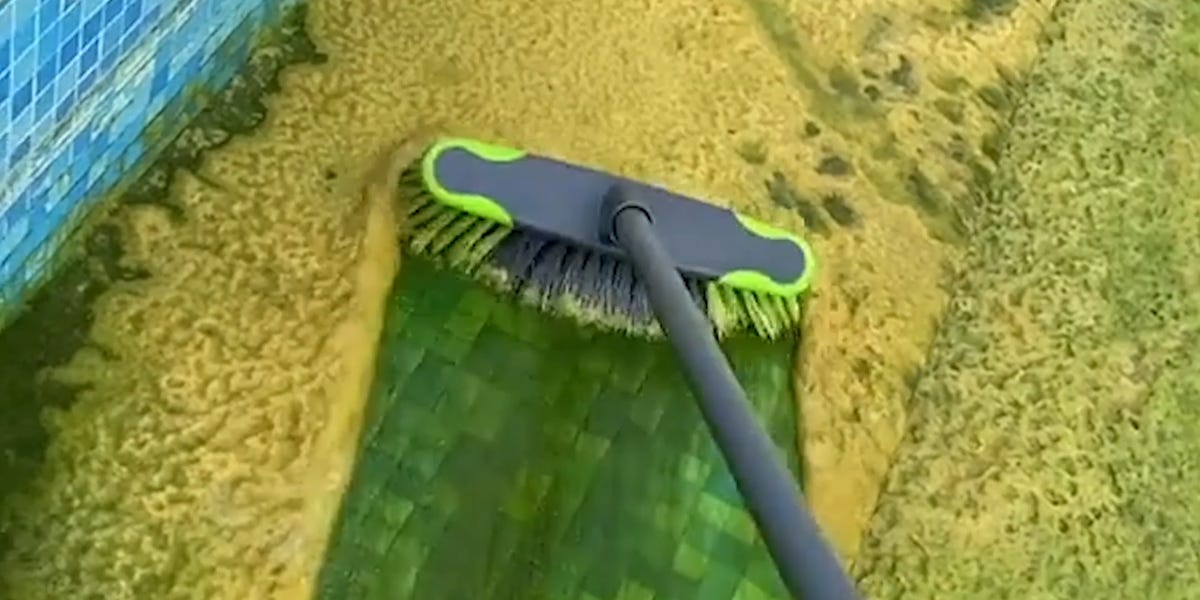 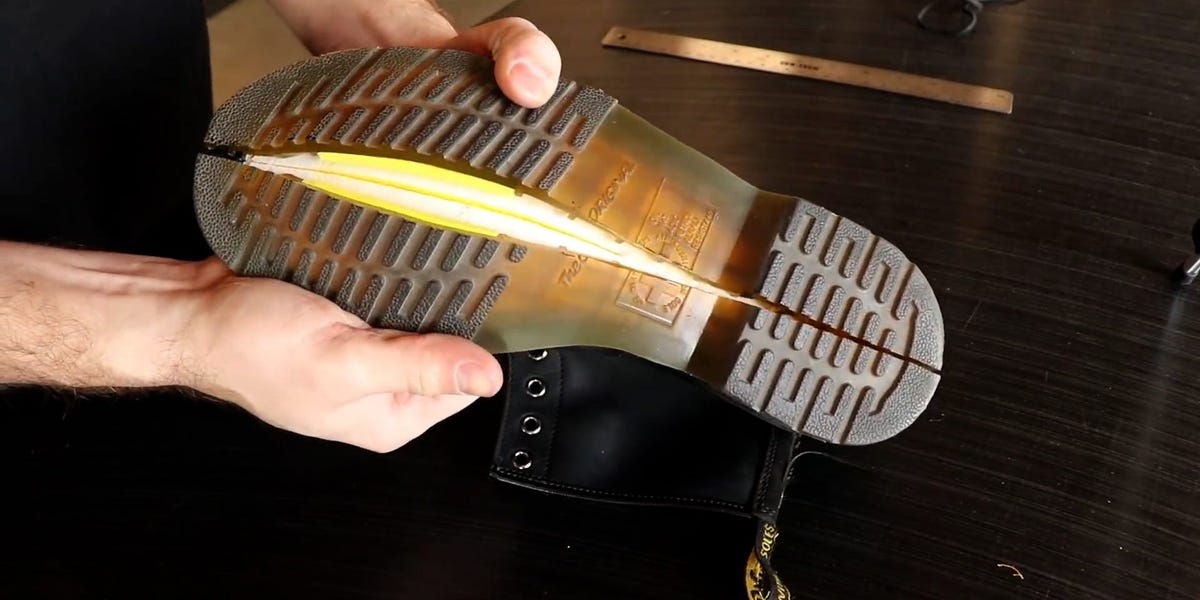 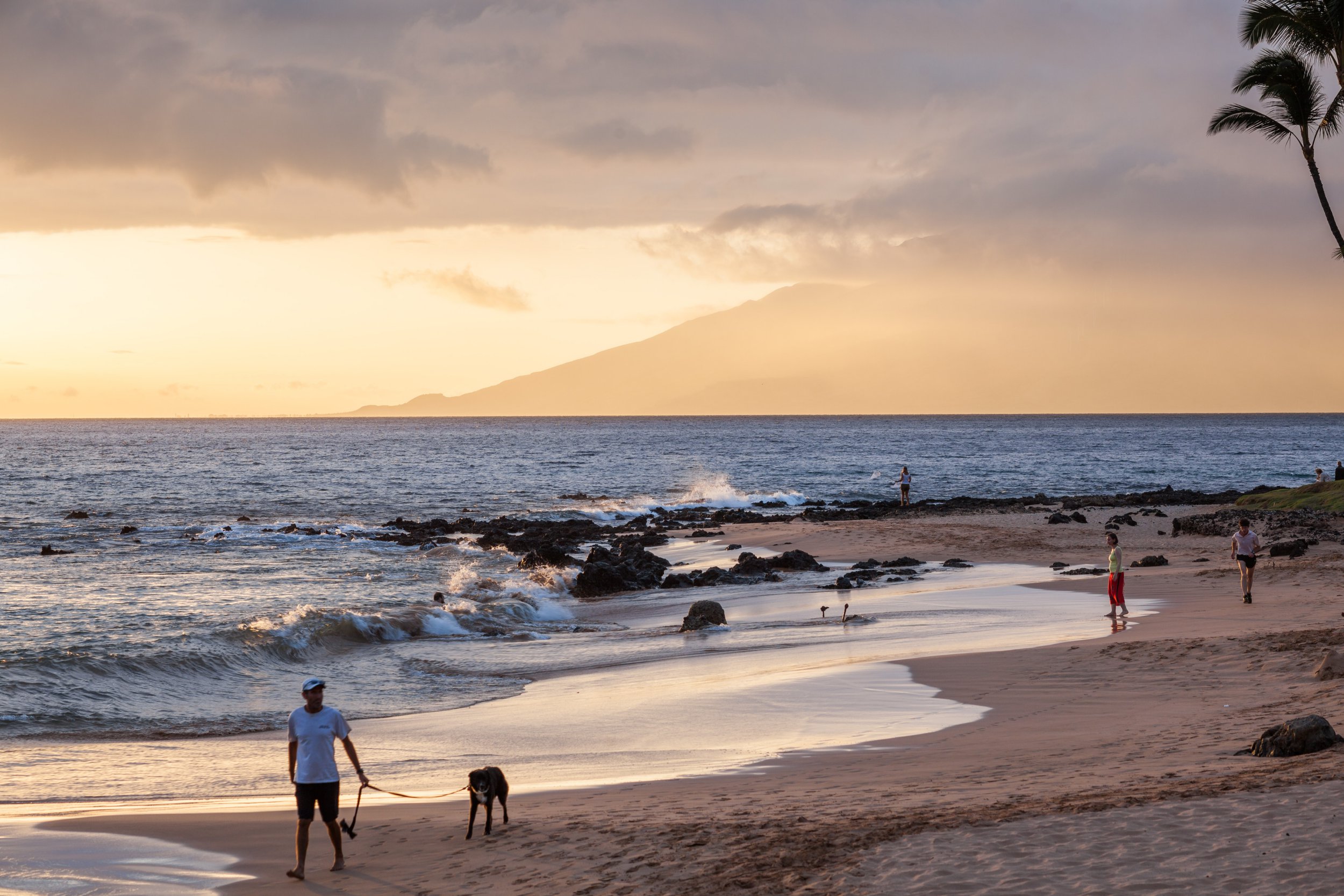 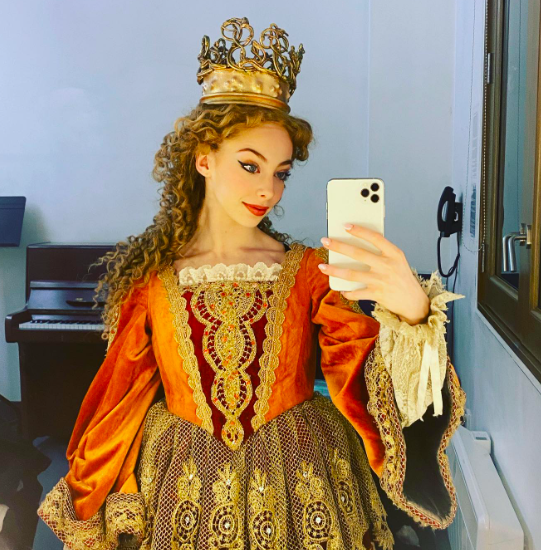 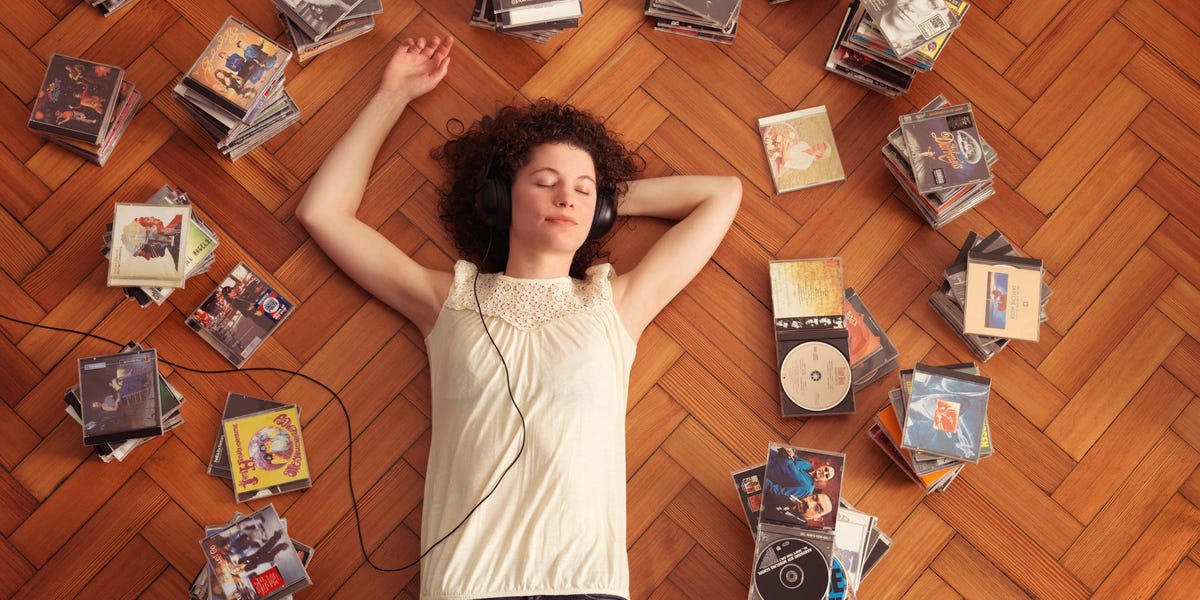 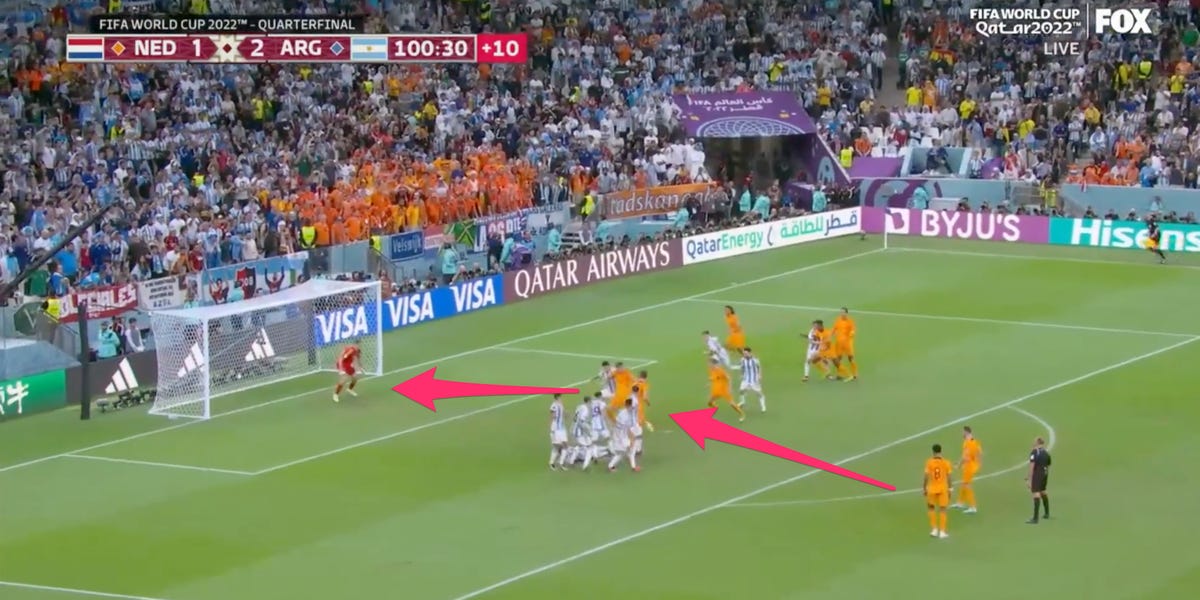 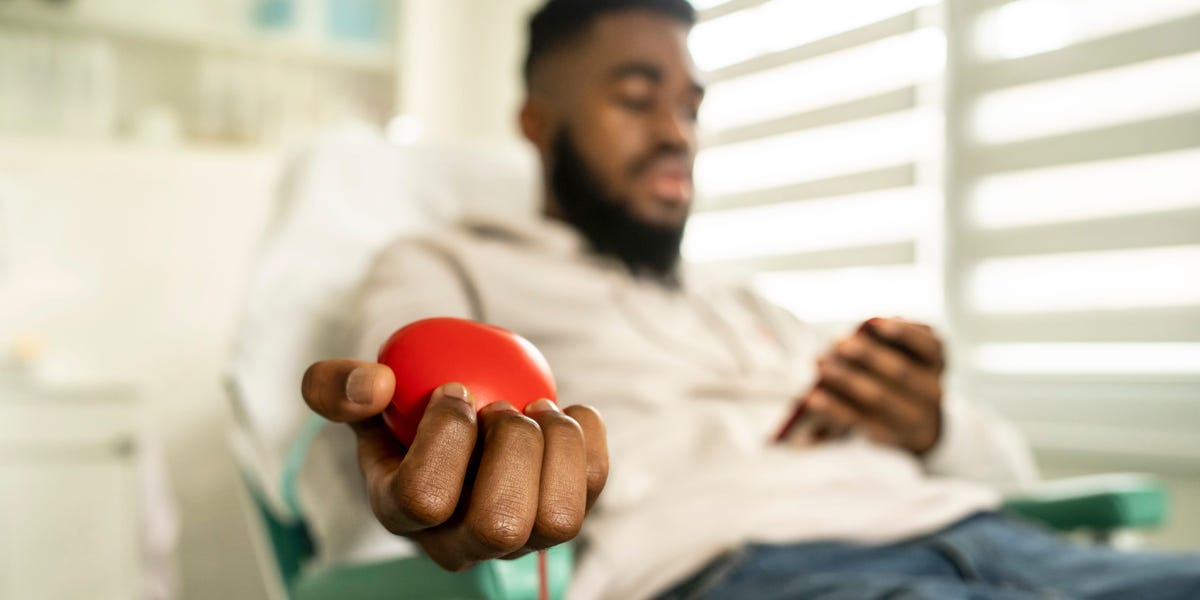 Why Men Who Have Sex With Men Can’t Donate Plasma