The head of the United Nations atomic agency said shelling in the vicinity of Europe’s largest nuclear power station, located in Ukraine, underlined the risk of a disaster that would threaten public health far beyond the battlefield.

comments Saturday came after shelling near the Zaporizhzhia nuclear plant on Friday severed a high-voltage power line and prompted staff at the station to close one of its six reactors, according to the Ukrainian nuclear regulator.

Moscow and Kyiv have traded blame for the shelling near the plant, which is still being operated by Ukrainian workers though it is located in an area seized by Russia early in the war.

The International Atomic Energy Agency has repeatedly pressed for access to the Zaporizhzhia plant but has been stymied by the breakdown in relations between Russia and Ukraine.

A Kostiantynivka resident removes broken glass from his window following a Russian strike.


While Ukrainian authorities have informed the IAEA there has been no damage to the reactors and no radiological release, Mr. Grossi said damage elsewhere on site was alarming.

“Any military firepower directed at or from the facility would amount to playing with fire, with potentially catastrophic consequences,” Mr. Grossi said. 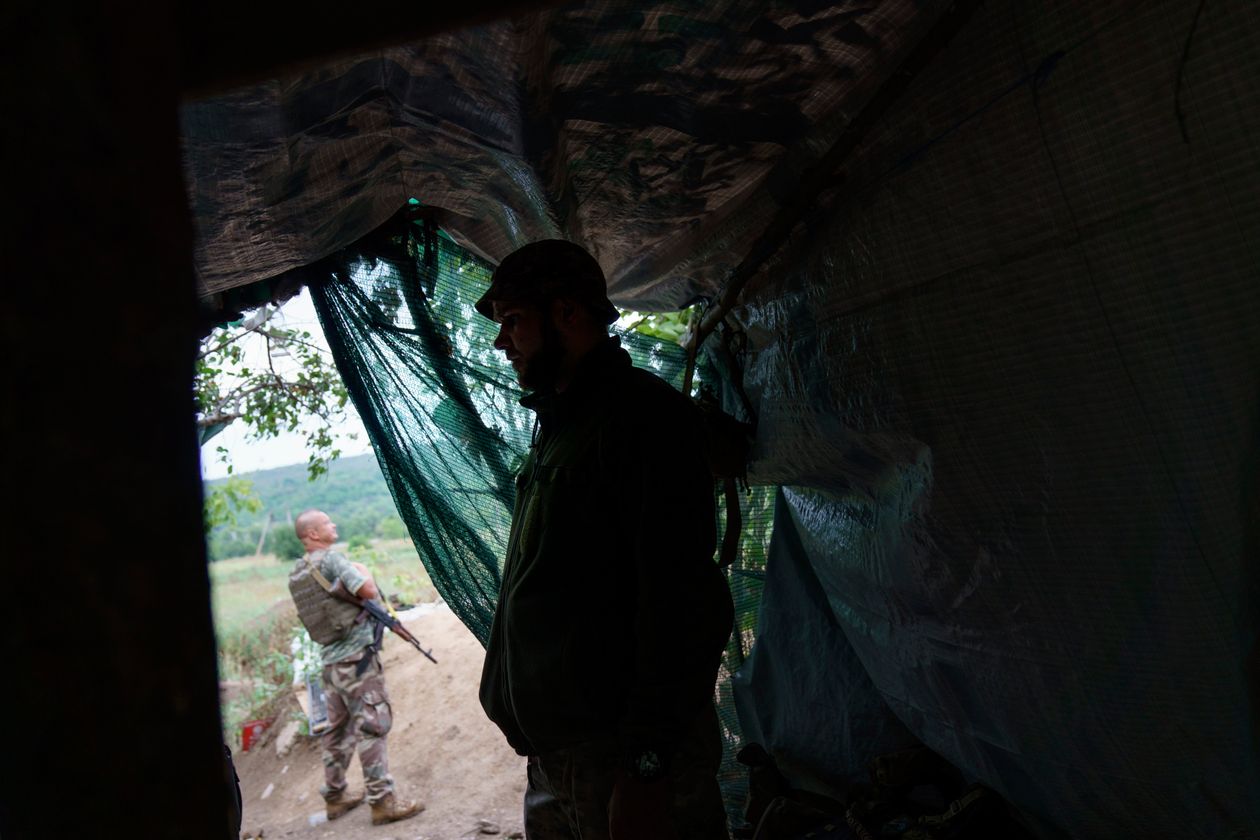 Ukrainian soldiers man an outpost near Slovyansk, one of the Donestk-region cities still under Ukraine’s control.

Ukraine’s nuclear regulator, Energoatom, said Saturday staff at the plant were working to ensure it was safe. “There are still risks of hydrogen leakage and sputtering of radioactive substances, and the fire hazard is also high,” it said.

In a speech overnight, Ukraine President An evacuee from Bakhmut travels on a train from the Donetsk region to safer areas farther west.

an adviser to Mr. Zelensky, accused Russia of “staging dangerous provocations,” urging the IAEA and the U.N. to demand that control of the plant be handed over to a special commission.

blamed Ukraine for the shelling Saturday, describing it as “nuclear terrorism,” in comments on Telegram.

The incident is the latest in a series at the country’s nuclear facilities including a previous fire at Zaporizhzhia caused by a Russian missile and a loss of power at the Chernobyl site, over which Ukraine regained control after Moscow withdrew troops from northern Ukraine in March.

said on Saturday that he urged Russia’s

in a meeting a day earlier to hold direct peace talks with Mr. Zelensky. Mr. Erdogan said a cease-fire between Ukraine and Russia was possible “if parties really show sensitivity to promises made” in remarks reported by Turkey’s state-run news agency.

Kazakhstan’s economy and security are largely reliant on its powerful neighbors, including Russia. That’s prompting its leaders to try and diversify away from Russia after its invasion of Ukraine. WSJ’s Shelby Holliday explains. Illustration: Adele Morgan

Mr. Erdogan and Mr. Putin met in Russia’s Black Sea city of Sochi on Friday to discuss a range of issues including the implementation of an agreement brokered by Turkey and the U.N. for Ukraine to resume its exports of grain via the sea. Four ships carrying grain left Ukraine under the deal earlier this week.

The head of Amnesty International Ukraine resigned in the wake of a furor over a report published by the organization that accused Ukrainian forces of endangering civilian lives by launching attacks from populated areas.

Ukrainian officials including Mr. Zelensky have condemned the report, which was seized upon by Russian officials to buttress their claim that Kyiv is using civilians as a human shield.

In an open letter, Oksana Pokalchuk said Amnesty had not given Ukraine’s Ministry of Defense enough time to respond to its findings. “As a result of this, although unwillingly, the organization created material that sounded like support of Russian narratives,” she wrote. “Seeking to protect civilians, this study instead has become a tool of Russian propaganda.”

Ukraine’s forces early in the war pulled back to cities to avoid fighting a larger army in unprotected areas in the country’s vast steppe and have avoided staying in barracks and bases because Russian forces have targeted them with cruise missiles.

Write to Isabel Coles at isabel.coles@wsj.com and Evan Gershkovich at evan.gershkovich@wsj.com