The U.K. said Tuesday that nuclear power would play an important role in underpinning its plan to cut greenhouse-gas emissions, joining a growing group of countries turning back to atomic energy as they consider how to wean themselves off fossil fuels.

The announcement comes as the country faces a winter of high energy prices and worries over shortages of natural gas. It plans to take coal-fired power stations offline by 2024 and hasn’t spelled out plans to fully replace its existing fleet of old nuclear power stations.

The U.K. government said it would secure a final investment decision in one large nuclear plant in the coming years and is hoping, like a host of other countries, to build several smaller nuclear reactors. It also said it would pump hundreds of millions of dollars into developing new nuclear technologies.

It isn’t alone. France recently announced plans to invest in nuclear technology. China is planning a 40% increase in nuclear capacity over the next five years. India is building seven new reactors.

on Tuesday, as his government presented a plan to reach net-zero carbon emissions by 2050.


Nuclear has spent years on the back-burner. High profile accidents, cost overruns and questions over how to handle radioactive waste have hung over the industry, which has endured a decadeslong slump.

However, with climate-change targets already proving hard to meet and fossil-fuel prices soaring, governments are looking for reliable carbon-free electricity generation. The U.K.’s new climate plan comes as it looks to firm up its green credentials before it hosts the U.N. climate summit in Glasgow, Scotland, at the end of the month.

Proponents argue that unlike wind or solar power, nuclear power offers a steady source of energy. It also avoids the greenhouse gas emissions of natural gas and coal.

This renewed enthusiasm also rests in part on a bet: that smaller, cheaper-to-build reactors can prove more efficient than their hulking predecessors. These could run alongside renewables, making up for shortfalls when the sun doesn’t shine or the wind doesn’t blow.

Despite its carbon-free attributes, the industry has struggled in recent years. Nuclear accidents at Fukushima, Japan, in 2011 and Chernobyl in 1986 dented the industry’s image. 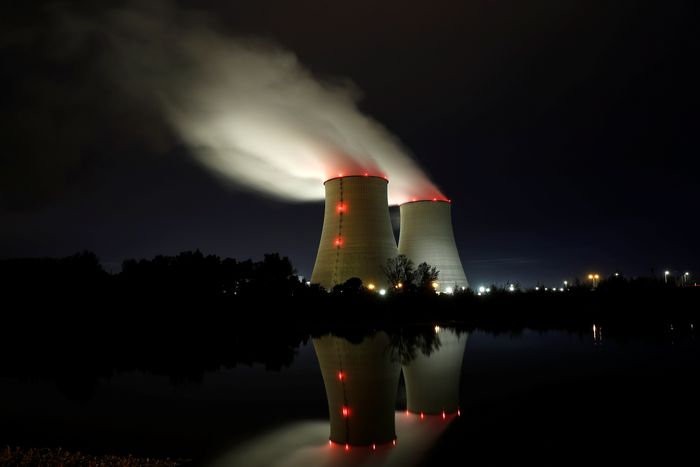 The peak for reactor construction was in the 1970s, while nuclear energy’s 10% share of electricity generation is well below the peak of 17.5% in 1996, according to the latest World Nuclear Industry Status Report, an annual update compiled by researchers globally.

While several countries continue to build large nuclear reactors, the world’s older generation of reactors are retiring at a faster pace, according to the report. In Britain, for instance, the government expects to shut down seven of the eight existing nuclear plants by 2030.

“If Europe is to win the climate war, it needs nuclear energy. It is a vital and reliable resource for all to secure a low-carbon future,” said a declaration of 10 European countries, led by France and the Czech Republic, published last week.

The 10-member alliance is calling on the European Commission to classify nuclear power as a sustainable activity under a proposed set of finance regulations dealing with the environment. Germany and Spain, among others, are opposed.

To help replace them, many advocates see the future of nuclear power in small modular reactors, or SMRs. These mini reactors would produce up to 300 megawatts of power, compared with more than 1,000 megawatts for some big power plants now in operation. Many of their components can be mass-produced in factories.

Dozens of SMR developers globally are testing designs for the reactors. The idea is to avoid the cost overruns and construction delays that have dogged large nuclear plants with a modular design that—once proven—could be quickly replicated and deployed. 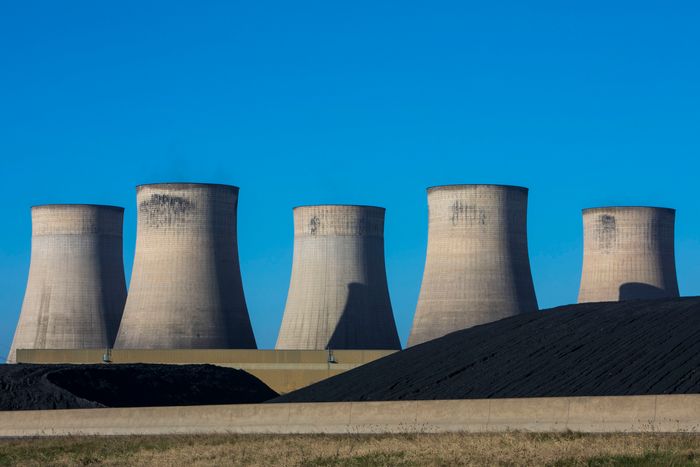 Britain is trying to wean itself from fossil-fuels sources like this coal-fired power station in Nottinghamshire.

The U.K. is among nine countries investing in the development of SMRs or considering them. The government hopes to have some up and running by the early 2030s and is spending £385 million ($531 million) to develop new nuclear technology.

said this month the government would spend €1 billion ($1.16 billion) through 2030 to roll out small nuclear plants and other nuclear technologies. “We must absolutely prepare ourselves for disruptive technologies and profound transformations in nuclear,” Mr. Macron said.

U.S. lawmakers are considering various forms of support for the nuclear industry, including tax credits, $6 billion in bailouts to keep financially precarious existing nuclear plants operating and about $3.2 billion for SMR projects. The outcome remains unclear, though, as Democrats debate vast social-policy and climate packages to try to whittle down costs.

There is just one full-size nuclear plant under construction in the U.S.—

’s expansion of its Vogtle facility in Georgia, which is more than five years delayed and billions of dollars over its initial projected cost.

The bulk of Asia’s nuclear construction is in China, where 18 large reactors are being built. India is in second place with seven, according to the World Nuclear Industry Status Report, an annual review of the industry. 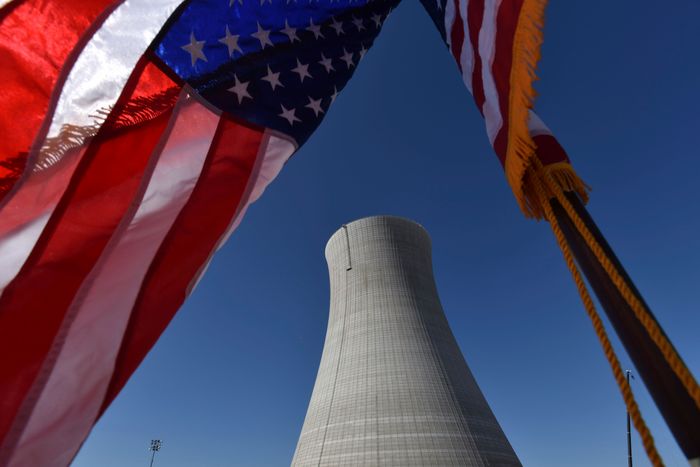 The much-delayed Vogtle facility in Waynesboro, Ga., is the only full-size nuclear plant under construction in the U.S.

China’s most recent five-year plan for the economy—released earlier this year—calls for 70 gigawatts of nuclear power capacity by 2025, a roughly 40% increase from what it has now. That could give China the world’s second-largest nuclear fleet after the U.S., overtaking France.

But that pace of expansion is slower than what the country’s nuclear agency had been calling for a decade ago, and less ambitious than many nuclear-energy watchers had expected.

Canada, which relies on nuclear for 15% of its electricity production, is aiming to have its first small modular reactor operating and hooked up to an electricity grid by 2028. The oil-rich western Canadian provinces have pledged to use SMRs to help cut carbon emissions.

The economics of nuclear aren’t clear-cut. Costs can vary even within the same country, but nuclear power in Europe and North America is more expensive than solar, onshore wind, coal, natural gas and geothermal electricity generation, according to data and consulting firm

In Asia-Pacific countries, nuclear can be cheaper than other forms of power generation.

News and analysis about corporate sustainability. Sign up to receive daily coverage from WSJ reporters during the U.N.’s Glasgow climate conference, and a weekly newsletter afterwards.

It generally has high maintenance costs and requires more security and workers than other kinds of plants, and struggles to compete with renewable energy like wind and solar, which have seen costs plummet in the last decade. There are also the long-term costs of storing radioactive waste and decommissioning old nuclear plants.

The new nuclear technology still has to be finessed. So far, only Russia has connected a SMR to the grid. That project was expected to take less than four years but took almost 13 to deliver, said Mycle Schneider, a Paris-based energy and nuclear policy consultant who coordinates the nuclear status report.

—Phred Dvorak in Tokyo and Matthew Dalton in Paris contributed to this article.

Write to Max Colchester at max.colchester@wsj.com, Jennifer Hiller at jennifer.hiller@wsj.com and Paul Vieira at paul.vieira@wsj.com

Apply for more than 300 vacancies of Cooperative Inspector at ppsc.gov.in