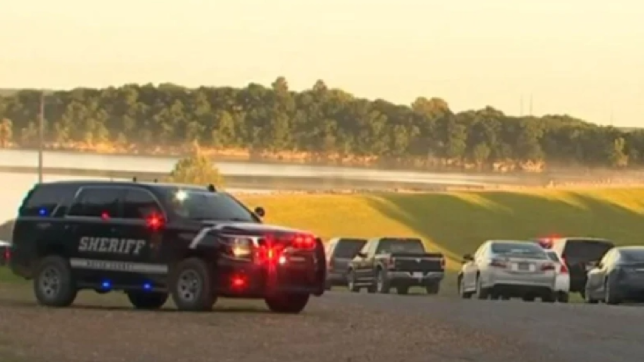 The blast occured at the Kerr Dam in Oklahoma (Picture: News on 6)

Two workers have died and a third has been injured after an explosion at a reservoir dam in Oklahoma.

The men, contractors who has been working at the dam for planned maintenance work, were found dead on Friday following the blast at the Kerr Dam, at around 6pm on Thursday.

According to Grand River Dam Authority (GRDA) spokesperson, Justin Alberty, the explosion happened when the workers were at the bottom of the dam, 80ft down, and led to them becoming trapped in a shaft.

Their bodies were recovered this morning and Alberty said the explosion may have been caused by a pocket of methane gas. The dam was reportedly not damaged or compromised in any way as a result of the incident.

GRDA vice president John Wiscaver said the cause of the blast is under investigation. It’s understood the explosion occurred as the workers were doing core-sample drilling as part of a normal safety maintenance program, Alberty said. 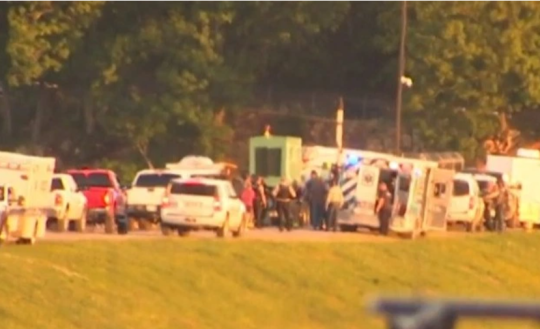 The bodies were recovered on Friday morning (Picture: News on 6)

They were in an inspection gallery when the blast happened while a third, who was close by, was injured and was taken to a hospital in undisclosed condition.

The GRDA operates dams in northeastern Oklahoma to generate electricity for customers in major cities like Kansas and Oklahoma City.

The dam is located on the south end of Lake Hudson in Mayes County.

A GRDA spokesperson said: ‘At approximately 4.30am this morning, Friday, May 14th, recovery crews were able to recover the bodies of two men who had been trapped inside Kerr Dam since an explosion occurred at approximately 6pm Thursday.

‘Both men were contractors. No GRDA employees were involved in the incident.’

United Nations Day: When was the UN founded and why was it established?

New Delta Plus COVID-19 variant strain rising in UK, is it more contagious?

Endemic Covid-19 Has Arrived in Portugal. This Is What It Looks Like.