The Learjet 35 aircraft crashed into a California neighborhood on Monday. All of the plane’s occupants died

Two flight nurses were among the four people killed when a small private airplane crashed near San Diego, California on Monday.

The Learjet 35 business aircraft went down just after 7pm, according to the San Diego County Sheriff’s Department. There were no survivors.

One of the victims was identified as Tina Ward, a flight nurse on board who was also the wife of a recently retired local fire chief, Joe Ward.

‘It is with heavy hearts that the Oceanside Fire Department and their fire family would like to extend our deepest condolences to our recently retired Chief Ward, his family, and all family and friends of the Aeromedevac flight crew N880Z,’ a post from the Oceanside Firefighters Association read. 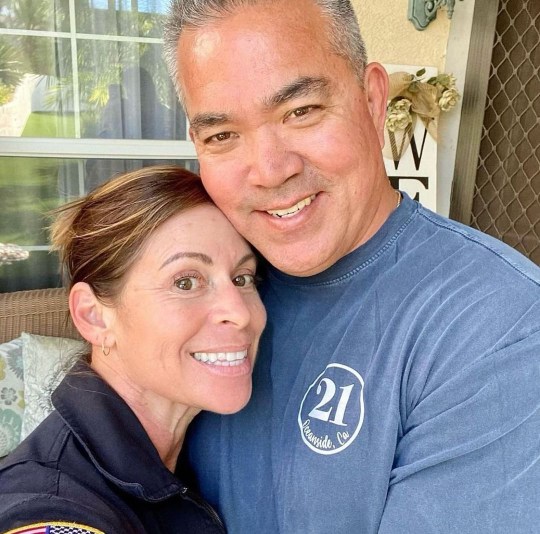 Joe and Tina Ward had been married for over a decade and had three daughters together, according to the DailyMail.

Another victim of the plane crash was identified as Laurie Gentz, a nurse with over 30 years of experience who was the president of her local union.

The International Association of EMTs and Paramedics confirmed Gentz was one of the victims in the crash on Tuesday in a Facebook post.

‘The IAEP extends sincere condolences for the devastating and sudden loss of Local 162 President Laurie Gentz, her fellow passengers and the Learjet flight crew early this morning,’ the Facebook post read. ‘President Gentz will be greatly missed by all who knew her and all who benefit from her selfless contributions to organized labor in the Greater San Diego area.’ 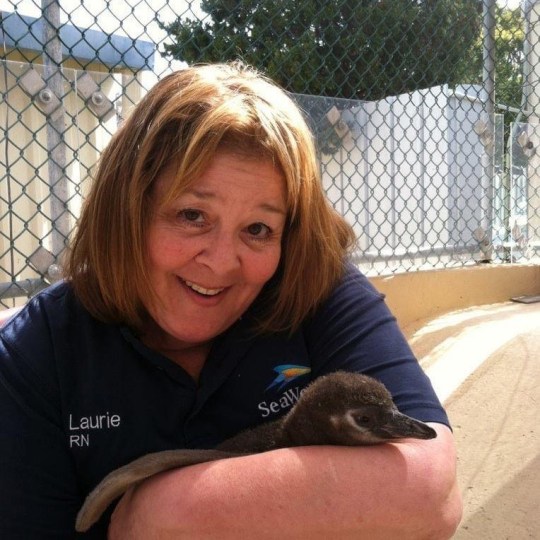 Laurie Gentz was the president of her nurse’s union (Picture: Facebook)

The post was accompanied by an undated selfie showing Gentz, Ward and two men posing in front of the doomed Learjet 35A with the tail number N880Z.

The two other victims are believed to be pilots, according to CBS8, but their identities have not been confirmed and it’s unclear if they are in the men featured in the selfie of Gentz and Ward.

The plane had been returning to Gillespie Field after it transported a patient from Arizona to Orange County, California, but never arrived at its final destination. The plane crashed into a neighborhood near El Cajon, near San Diego.

The National Transportation Safety Board said it was investigating the crash. A final report, including the probable cause, will likely take 12 to 24 months, the board said. 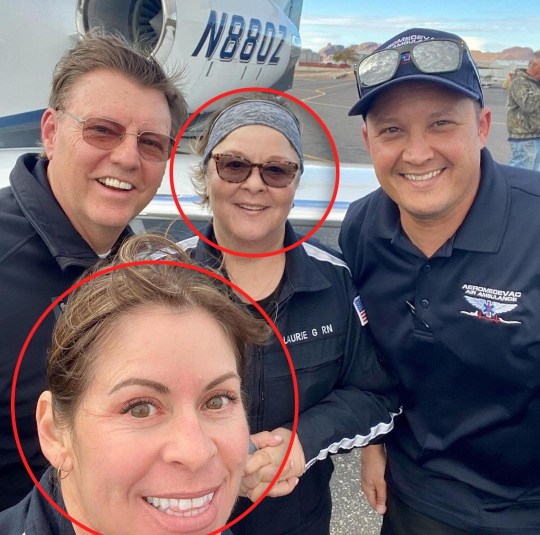 Gentz, Ward and two unidentified men posing in front of the doomed Learjet 35A with the tail number N880Z (Picture: Instagram)

The San Diego County Medical Examiner has yet to officially identify any of the victims pending notification of next of kin.