Humanitarian missions are going to great lengths to save vulnerable civilians from the fighting (Picture: Rex)

Photos of two elderly people being taken away from the war zone in a bus luggage compartment have laid bare the toll of the fighting on Ukraine’s most vulnerable.

Russian forces have ramped up their attack on the Donbas region in recent days, an eastern area which has been partly held by pro-Moscow militants since 2014.

Millions have been displaced after three months of fighting, with no end in sight and Russian forces making limited breakthroughs in some areas.

Desperate people were seen piling into a bus leaving the city of Bakhmut for Dnipro on Monday, about a four-and-a-half-hour drive.

The area is on the frontline of the fierce battle for territory raging in the east of Ukraine.

They were placed on top of a pile of mattresses, blankets and pillows inside the bus’s luggage compartment and hurried away from an area directly in the path of Vladimir Putin’s troops.

Taking the nearby city of Severodonetsk, the largest city still under Kyiv’s control in Luhansk, has become Russia’s primary short term goal.

Smaller villages and towns on roads leading to it have seen heavy fighting and come under shelling in recent days.

They were placed on mattresses, blankets and pillows to keep warm (Picture: Rex) 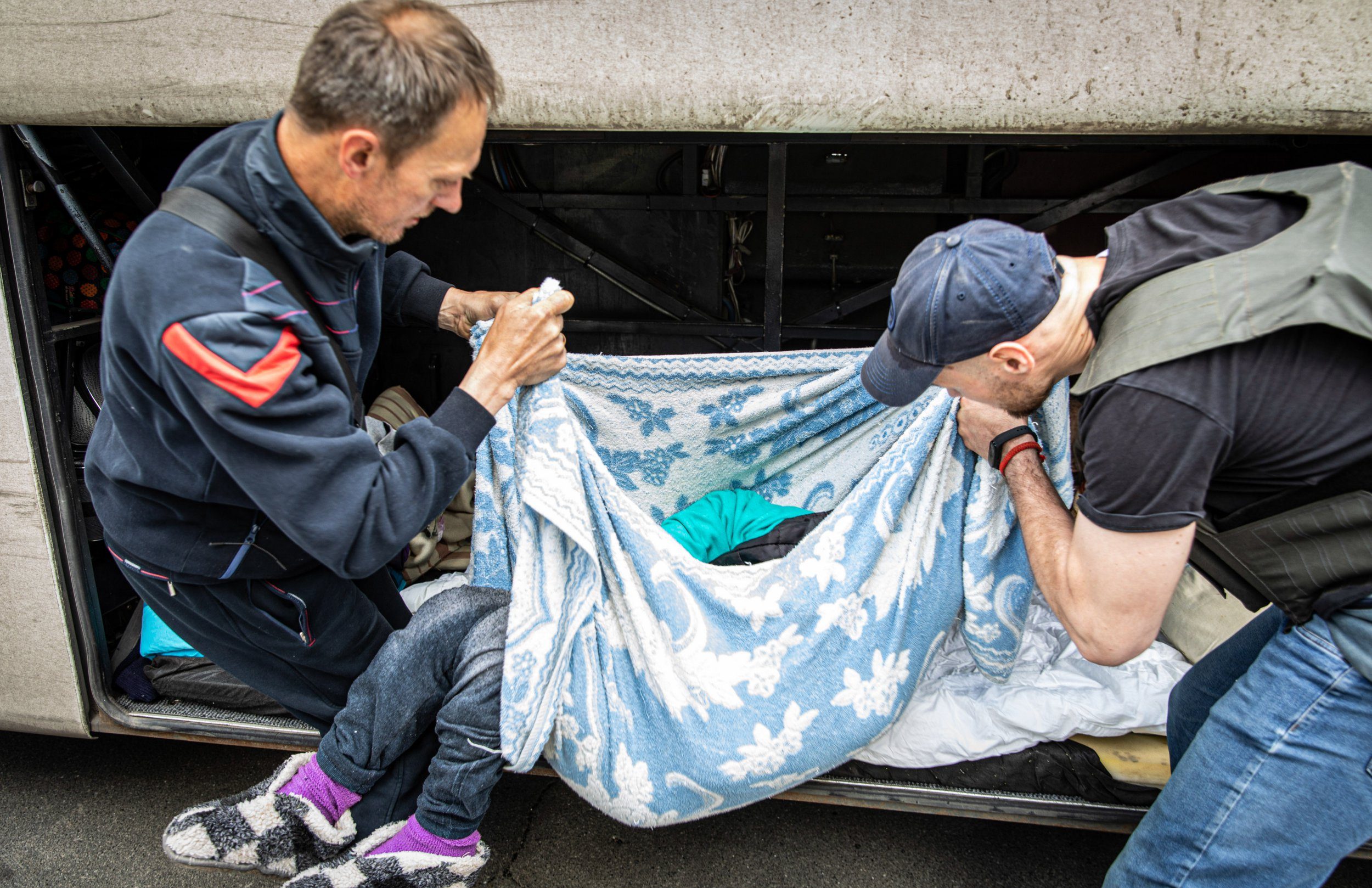 Younger people had to use blankets to lift the two elderly people into the bus’s luggage boot (Picture: Rex) 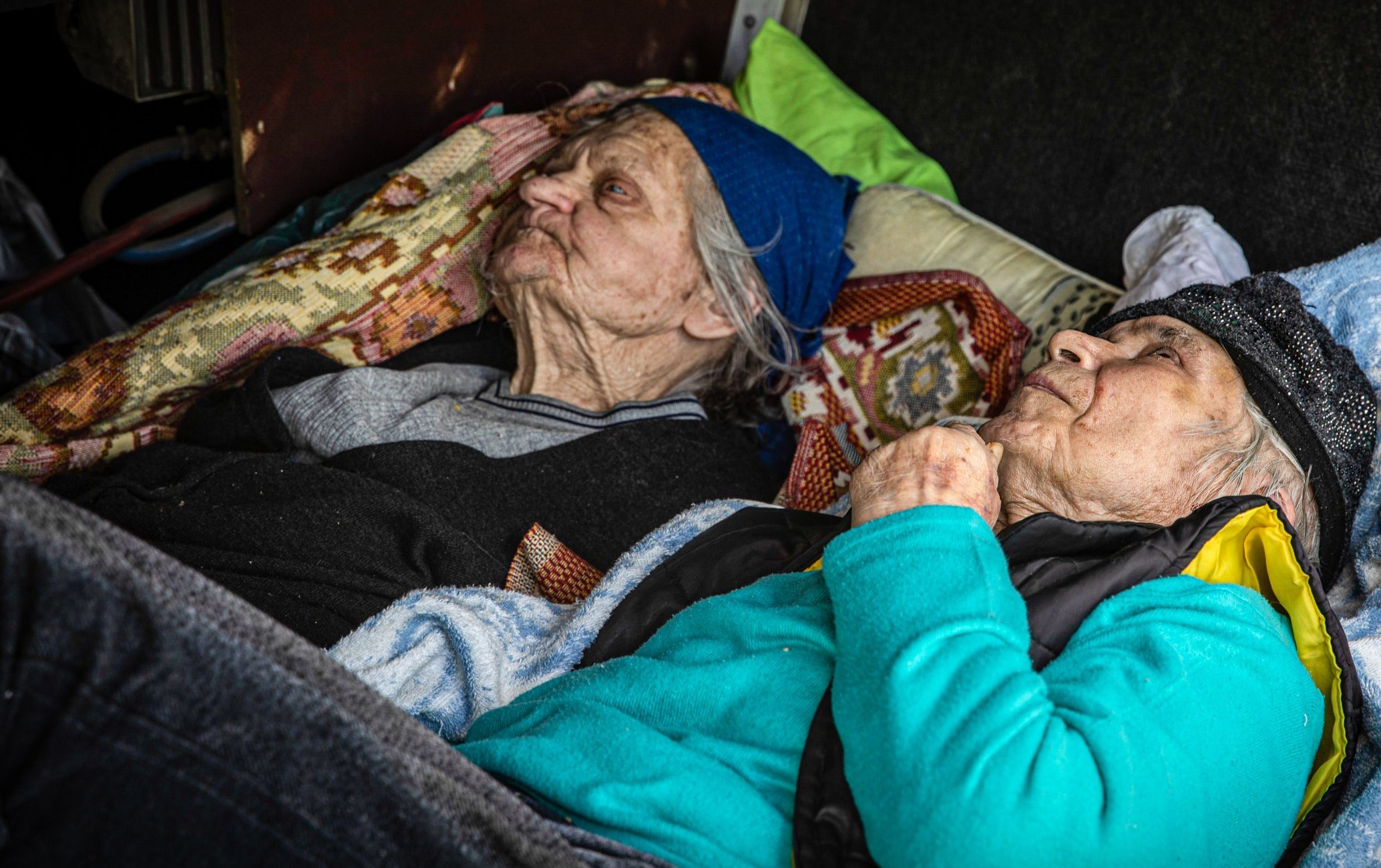 The elders would have been in the luggage compartment for around four and half hours (Picture: Rex) 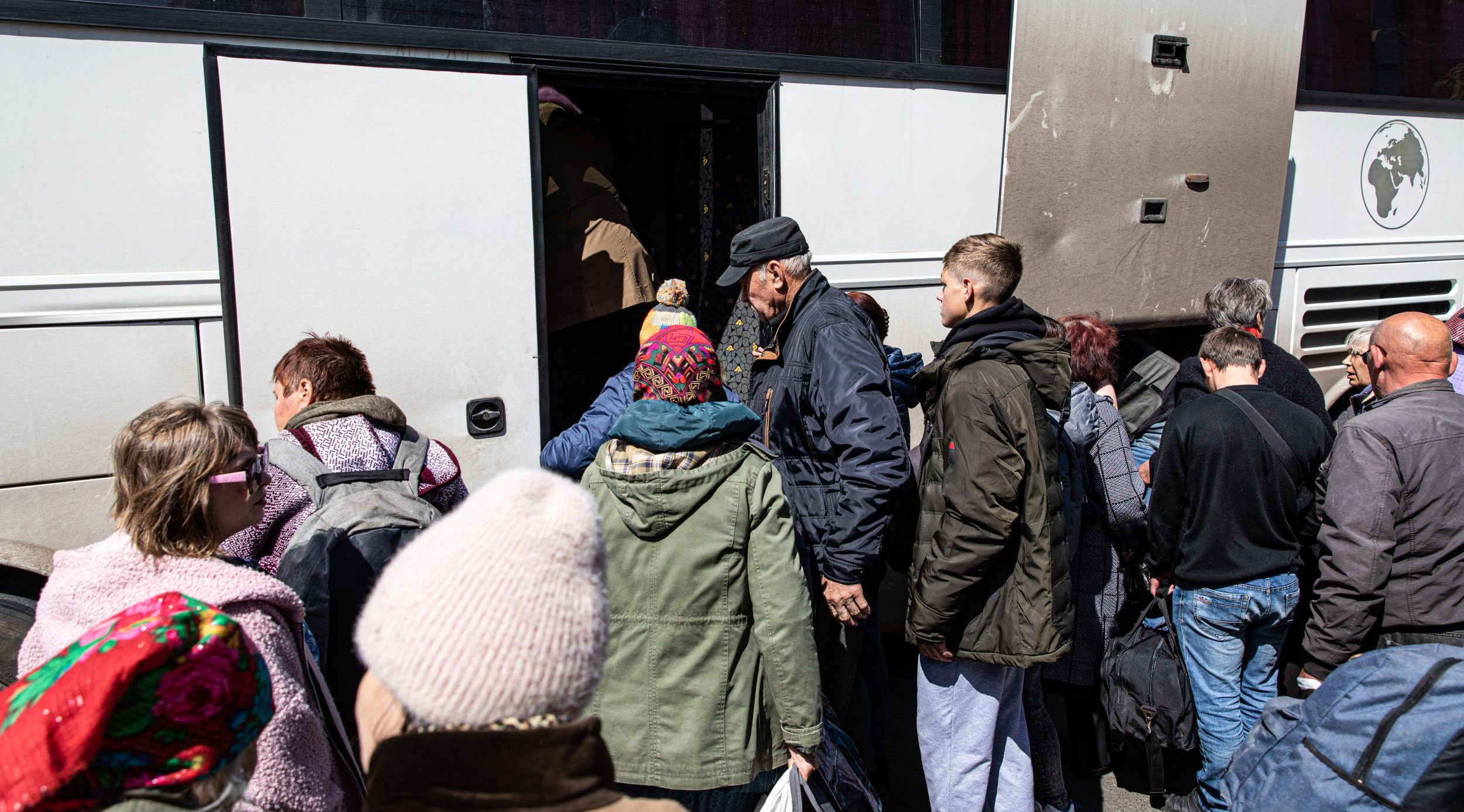 The bus was evacuating Ukrainians out of the city of Bakhmut, in the Donbas region (Picture: Rex) 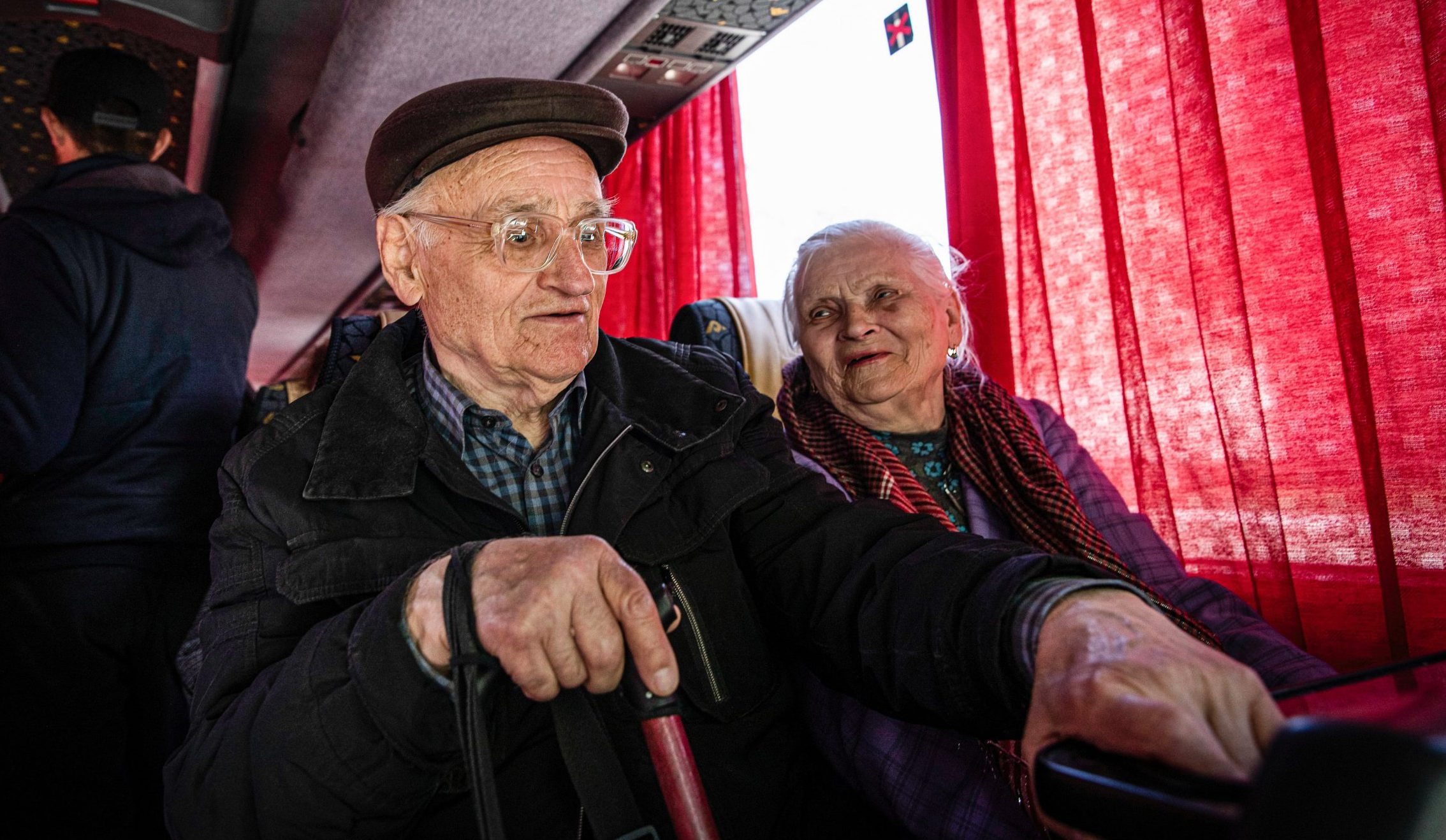 The bus looked full of Ukrainians trying to get out of the Donbas region (Picture: Rex)

This is a military strategy which means destroying absolutely anything which the enemy might find useful.

Mr Gaidai said: ‘Every day (Russia) are trying to break the line of defence. They are simply systematically destroying the city. Everywhere is being shelled constantly.’

British defence officials believe Severodonetsk, with a population of around 100,000 people, is an ‘immediate tactical priority’ for Moscow.

This is because its position on the Donets River would be strategically valuable for capturing the region.

Human rights activists fear the city could meet the same fate as Mariupol, where hundreds of Ukrainian fighters manning the Azovstal steelworks were forced to surrender to Russian captivity.