The Trump Accountability Project, boosted on Twitter by former DNC press secretary Hari Sevugan, is seemingly looking to blacklist those that worked for the outgoing administration 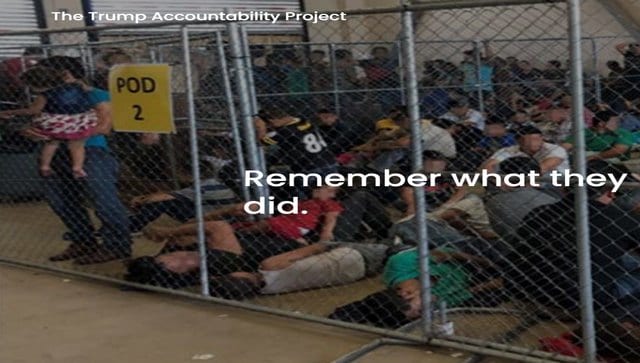 In his victory speech on Saturday, President-elect Joe Biden called for ‘unity and healing’ while reaching out to those who voted for incumbent President Donald Trump.

But it seems that not everyone in the Democratic party is on board with Biden’s message.

Is anyone archiving these Trump sycophants for when they try to downplay or deny their complicity in the future? I foresee decent probability of many deleted Tweets, writings, photos in the future

.@kaitlancollins just reported WH staff are starting to look for jobs. Employers considering them should know there are consequences for hiring anyone who helped Trump attack American values. Find out how at the Trump Accountability Project.https://t.co/7z4tDKsSQb — Hari Sevugan (@HariSevugan) November 6, 2020

The organisation describes its mission on its sparse website thus:

We should welcome in our fellow Americans with whom we differ politically. But those who took a paycheck from the Trump Administration should not profit from their efforts to tear our democracy apart. The world should never forget those who, when faced with a decision, chose to put their money, their time, and their reputations behind separating children from their families, encouraging racism and anti-Semitism, and negligently causing the unnecessary loss of life and economic devastation from our country’s failed response to the COVID-19

pandemic. Coming together starts with acknowledging the truth: these individuals have shattered laws and norms that hurt our democracy, including right now, as they use the levers of government — DOJ, GSA and state officials — to subvert the fundamental underlying tenet that makes America what it is: The peaceful transfer of power from the loser of an election to the winner.

The website also links to a list of White House Staff, Cabinet members and political appointees across the US government: 0ver 4,000 names in all.

Sevugan’s tweet immediately received pushback online, with CNN anchor Jake Tapper correctly noting “that’s a pretty long list of Americans” and that this is exactly the opposite of what Biden has been calling for.

An organized attempt by former Dem officials to blackball from employment anyone who worked for the US government during the Trump administration seems the exact opposite of the calls for unity and healing we’ve heard from President-elect Biden. https://t.co/IICk2fDOck — Jake Tapper (@jaketapper) November 10, 2020

Right-wing figures were also apoplectic, with Senator Marsha Blackburn even taking to the floor to decry creations of “official enemies lists”.

The outrage has caused Sevugan to back away, albeit slowly, from any association with the project:

While I don’t “own” this project, I am am supportive of the idea of preserving the record and ensuring the officials who actively damaged American democracy aren’t able to profit from that experience. That said, this is a fair criticism. https://t.co/JNhPHmrijH

Reached for comment by the Washingtonian, Sevugnan pointed to his tweets and wrote via email, “I was helping to lift it up, but I’m not in charge.”

But those with experience in ‘This Town’ remain undeterred, pointing to those who worked for the Bush regime.

“The Bush people faced this,” one of the president’s closest advisers told Politico.

“Bush left the office very unpopular, people thought thousands of people died in an unnecessary war and he was responsible for it. Everybody forgets that now that he’s an artist who doesn’t do partisan politics.”

This person pointed to the wealth accumulated by the two main architects of the war since Bush left office. “Don Rumsfeld did very well for himself when he left government,” said the close Trump adviser, who already has an unannounced book deal in hand. “Dick Cheney? I’ve been to his house in Wyoming!”

Others said the Democrats had, yet again, overreached.

“The Democrats will face significant backlash for this and as per usual, they’ve gone way too far,” a former senior administration official told Politico.

“Making a list of your political enemies and promising that they will get payback and people will go after them because they worked for a different political party is literally fascism.”

With inputs from AP