WE could all do with a laugh.

Our stop-start Flat season has been filled with more teeth-gnashing than an omnibus edition of Eastenders.

The mood was hardly lightened when Doncaster’s pilot scheme to reintroduce racegoers went west before you could say R-rate. And Boris’s new `rule of six’ has put the brakes on any return to normality.

That has snookered some well-known faces in the wonderful world of showbiz. For starters, the seven dwarfs have been advised they can only meet in a group of six from Monday.

One of them isn’t Happy.

Anyway, it’s on to the St Leger where William Muir has got the ante-post favourite Pyledriver. Now wee Willie is adamant size doesn’t matter.

HOT OFF THE PRESS

St Leger: Bet £10 at Doncaster Saturday, get £40 in Free Bets with Paddy Power

But he’s odds-on to feel like Custer at the Alamo when his stable star is being circled by a five-strong Irish raiding party.

The team at William Hill reckon it feels like a perfect punting storm and are bracing themselves for a nationwide plunge on the colt.

Mind you, the O’Brien’s have got more strings to their bow than William Tell.

And Hills report that boy wonder Joseph O’Brien’s Galileo Chrome (16-1 to 6s) has been a massive ante-post mover this week.

Now, this fella looked the business when he beat B-listers by the length of Harry Maguire’s charge sheet at Navan a fortnight ago.

Money talks, so it is a pound to a penny he will be involved at the sharp end today. 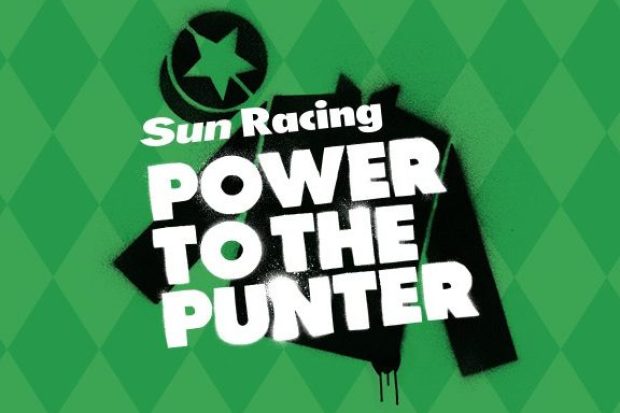 Talking about readies, the heavy hitters dipped their bread when Simon and Ed Crisford’s Latest Generation (3-1 to 8-11) bolted-up at Donny on Wednesday.

This fella is raw as a bowl of sushi but there is no doubting his potential.

He’s got more fancy engagements than William and Kate and is definitely one for your dream team.

It wasn’t all one-way traffic though and a few bob floated down the Swanee when Ralph Beckett’s Meu Amor (10-1 to 3s) was turned over on Thursday.

Ralph is a slightly worse loser than Genghis Khan, so it’s short odds that his moggy is still hiding under a cushion.

And if you want a horse to follow have a peep at Miss Morocco’s luckless spin at Kempton Park the other day.

ALBASHEER (1.50 Doncaster) quickened like a top-notcher on his debut and could be a bit special.

Adam Kirby doesn’t hit many bum notes, but he found more pockets than Ronnie O’Sullivan on this king-sized filly.

She looks chucked-in and is nailed on to win a handicap or two for Nigel Twiston-Davies.

Finally, hats off to John Gosden for getting Logician back in the winners’ enclosure at Doncaster on Thursday.

This big grey needed an extended stay at The Repair Shop after being knocked sideways by a bout of peritonitis after winning last year’s St Leger.

True, he achieved the square route of nil when beating a single opponent at Donny.

But big John wore his teeth out smiling and you would need a heart of stone not to be chuffed for him and his team.

Trackman is in association with William Hill.

Neymar, Alves and Eto’o all join Messi in furious attack on Barcelona over Luis Suarez treatment as legends turn on club

UK coronavirus cases rise by 6,874 in highest increase EVER in 24 hours