Natalie Elphicke, Tory MP for Dover, has climbed down from her comments having a pop at Rashford after his Euros heartbreak (Picture: PA)

A Conservative MP took a swipe at Marcus Rashford after his Euro 2020 final penalty miss.

Natalie Elphicke made the jibe at England’s much-loved star in a private WhatsApp group used by other Tory politicians minutes after the heartbreaking defeat.

In a message reported by GB News, she said: ‘They lost – would it be ungenerous to suggest Rashford should have spent more time perfecting his game and less time playing politics.’

The Dover MP has since apologised and said she ‘shared the frustration’ of England fans.

The Manchester United forward was appointed MBE in October 2020 for his activism on child poverty and homeslessness.

He began raising funds to help feed school children on free school meals when he was just 21 and has spoke openly about growing up in a struggling household.

In June 2020, Boris Johnson’s government was forced into a U-turn on its decision not to extend the scheme to cover the summer holidays after Rashford seized on the issue. 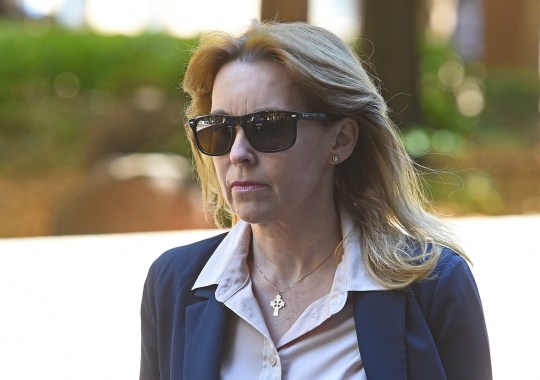 She said the 23-year-old MBE – who has scored 12 goals for his country – should spend less time ‘playing politics’ (Picture: PA)

Writing in the Players’ Tribune ahead of the tournament, he said: ‘Our players are role models.

‘And, beyond the confines of the pitch, we must recognise the impact they can have on society.

‘We must give them the confidence to stand up for their teammates and the things that matter to them as people. 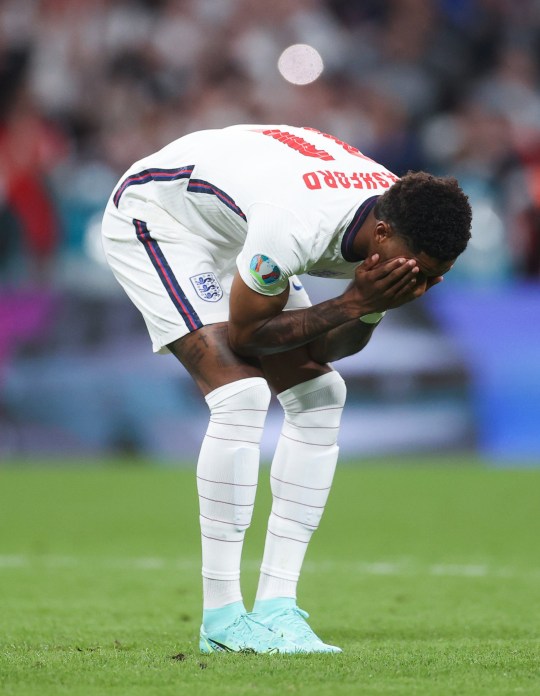 ‘I have never believed that we should just stick to football.’

Political pundit Darren Grimes was also on the end of a social media backlash after tweeting: ‘Honestly though @MarcusRashford, penalties not politics from now on, aye?’

Rashford has been racially abused on social media after he and two others missed penalties in a shootout against Italy.

The Football Association has called on the government and social media companies to take urgent action to clamp down on trolling of black footballers.

The Duke of Cambridge has said he is ‘sickened’ by the abuse of England’s stars. 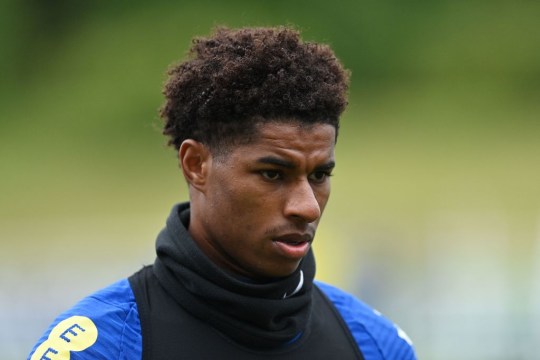 In a statement apologising for the comment, the Member of Parliament said: ‘I applaud the England team who gave their all in Euro 2020.

‘Last night I shared the frustration and heartbreak of millions of other England fans.

‘I regret messaging privately a rash reaction about Marcus Rashford’s missed penalty and apologise to him for any suggestion that he is not fully focussed on his football.

‘Onwards to the World Cup and I look forward to Marcus Rashford’s contribution at that time.’

Labour deputy leader Angela Rayner reacted angrily, saying: ‘While the country was commiserating (with) our great team, Tory MPs were sneering at the inspirational players who stepped up to feed hungry kids when they voted to leave them without food.

‘Whether it’s their failure to support the vulnerable, or booing our boys after they have done our whole country proud, the Nasty Party is back.

‘The question every Conservative MP needs to answer is – did they call out these appalling comments?’

A mural paying tribute to Rashford in Manchester was also defaced in the aftermath of the defeat. 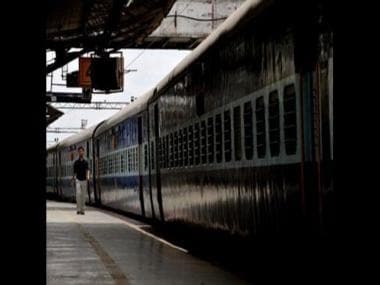