The police have alleged that Ravi was the “editor” of a google doc ‘toolkit’, which was a guide sheet to stoke ‘economic, cultural, social and regional tensions’ in India 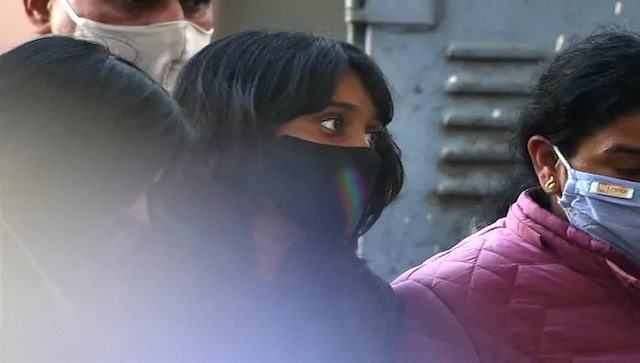 A Delhi Court on Tuesday granted bail to climate activist Disha Ravi, arrested in the Greta Thunberg ‘toolkit’ case on 13 February, according to several media reports.

Rana had on Saturday reserved orders on Ravi’s bail plea.

The police have alleged that Ravi was the “editor” of a google doc (referred to as a “toolkit” by the police), which was allegedly a guide sheet to stoke “economic, cultural, social and regional tensions” in India.

A toolkit is a document created to explain any issue. It also provides information on what one needs to do to address the issue. This might include information about petitions, details about protests, and mass movements.

The court granted bail on the condition that Ravi furnish two sureties of Rs 1 lakh each, Live Law reported. Advocate Abhinav Sekhri, representing Ravi, requested that the court lower the surety to Rs 50,000, but the court refused, as per Live Law.

Earlier on Tuesday, Ravi, at the expiry of her one-day police custody, was produced before the Chief Metropolitan Magistrate at Patiala House, as per Bar and Bench.

The Chief Metropolitan Magistrate Pankaj Sharma noted that the Delhi Police’s plea seeking four more days of police custody of Ravi would be disposed of after the confirmation of bail, as per the report.

The Delhi Police had on Monday sought five-day custody of the 21-year-old climate activist, but Sharma allowed custodial interrogation of Ravi for one day after police said she was required to be confronted with co-accused Nikita Jacob and Shantanu Muluk.

While Ravi was arrested on 13 February by the Delhi Police, who are probing the “toolkit Google doc” backing the farmers’ agitation shared by climate activist Greta Thunberg, Jacob and Muluk have been granted pre-arrest bail by the court.

A senior police officer told news agency PTI that Jacob and Muluk joined the probe in the case on Monday and were being questioned at the Delhi Police’s Cyber cell office in Dwarka.

Ravi, on 19 February, was sent to three-day judicial custody by the Additional Chief Metropolitan Magistrate.

Ravi had last week moved the Delhi High Court seeking that the police be restrained from leaking to the media any material with regard to the FIR against her, after which the court issued notices to the News Broadcasting Standards Authority (NBSA) and a few media houses.

The court had asked the police to file an affidavit containing its submission that it has not leaked any material relating to the investigation to the media.

A Delhi court had sent Ravi to five-day police custody on 14 February after it said her custodial interrogation was required to probe an alleged larger conspiracy against the Government of India and to ascertain her alleged role relating to the Khalistan movement.