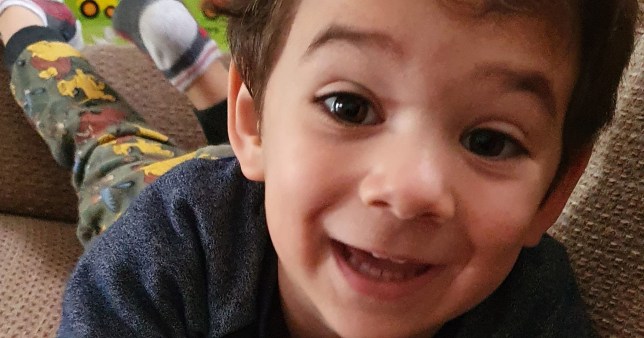 Alex Radan was hit by a car in Dumfries (Picture: PA)

A toddler who died when he was hit by a car in Scotland has been named.

Alex Radan, two, was struck by a Honda Civic in Charnwood Place, Dumfries, on Friday evening.

Emergency services were called at around 6.50pm and he was taken to Dumfries and Galloway Royal Infirmary, where he was pronounced dead shortly afterwards.

Police say their investigation into the crash is ongoing.

The Daily Record reported that Alex had been at a playground situated in a fenced off area in the middle of a road.

They said he had lived with parents Christina and George and his older brother. The family was originally from Bucharest in Romania, and settled in Scotland in 2015.

A neighbour told the paper: ‘It’s so very sad. The boy had been playing at the park and it was when he was crossing the road that he was hit by the car.

‘It is every parent’s worst nightmare. This has been a ­terrible accident.

‘Having a play park in the ­middle of the road has always been a concern for residents.’

Sergeant Bob McNay, from Police Scotland’s road policing unit, said: ‘Once again, I’d like to send our most sincere condolences to Alex’s family and our thoughts remain with them and all those directly affected by this tragic event.

‘The investigation into this crash remains ongoing and we are asking for anyone who was in the area and witnessed the events to please come forward.

‘We are also keen to speak to anyone who may have CCTV overlooking the Charnwood Place area to get in contact, as they may be able to assist our inquiries.

‘If you have any information, please contact police on 101, quoting incident 3597 of April 2.’