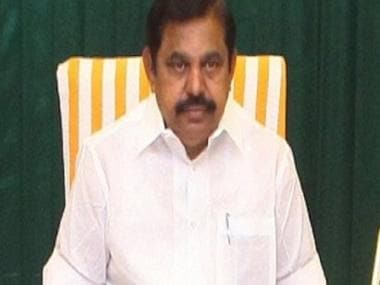 The blast caused a wall to collapse, in which an eight-year-old boy, his mother and their neighbour lost their lives

Tiruvannamalai: Three people, including an eight-year-old boy and his mother, were killed and four injured when a wall collapsed after a domestic LPG cylinder exploded near here on Sunday, police said.

The injured had been hospitalised and investigations were on with a case registered over the incident, suspected to have been triggered by a gas leak at a house in nearby Arani, a police official said.

When the cylinder exploded, a wall that divided portions of the house between the landlord and a tenant besides that of a neighbour collapsed.

J Kamatchi, the tenant, and her son J Hemanath, and neighbour S Chandra, died in the wall collapse. Kamatchi’s husband M Janakiraman and another son J Suresh (15) were injured, the official said.

“Under the impact of the explosion, 55-year old D Mukthabai who owned the house on Pudhukamur Road and her 15-year old daughter D Meena sustained 90 and 50 percent burns respectively,” the official told PTI.

After initial treatment at a state-run hospital in Arani, all the injured have been admitted to a government facility at neighbouring Vellore, he said.

Condoling the deaths, Chief Minister K Palaniswami announced a solatium of Rs two lakh each to the families of Kamatchi and Chandra and Rs one lakh each to severely injured and Rs 50,000 to those who sustained injuries.

Palaniswami said he directed Hindu Religious and Charitable Endowments Department Minister Sevur Ramachandran, who hails from the district, and the collector to immediately reach the spot and take up relief work and ensure top class treatment to those injured.

Palaniswami also appealed to the people to take care and exercise caution while using Liquefied Petroleum Gas (LPG) cylinders in their households.

PMK founder leader S Ramadoss urged the government to come forward to provide an assistance of Rs 25 lakh to the victims of the mishap and Rs 10 lakh for those injured and rebuild the houses damaged in the impact.

Negligence in using LPG cylinders could be life threatening, Ramadoss said and requested the people to assimilate information provided by oil companies in their awareness programmes and act with caution.