Three cabinet ministers are facing allegations of sexual misconduct, it has emerged.

Two shadow cabinet ministers have also been reported to a parliamentary complaints body set up after the #MeToo scandal.

Since 2018, 56 MPs have been referred to the Independent Complaints and Grievance Scheme (ICGS) in relation to 70 different complaints, the Sunday Times reports.

The accusations range from sexually inappropriate comments to at least one allegation of an MP bribing a member of staff for sexual favours.

It comes weeks after MP Imran Ahmad was convicted of sexually assaulting a teenage boy in 2008 and kicked out of the Conservative Party.

Tory MP for Somerton and From, David Warburton, also had the whip withdrawn as allegations of sexual harassment made against him are investigated by the (ICGS).

Conservative MP for Somerton and From David Warburton also had the whip suspended earlier this month after it emerged he was being probed for alleged sexual harassment. 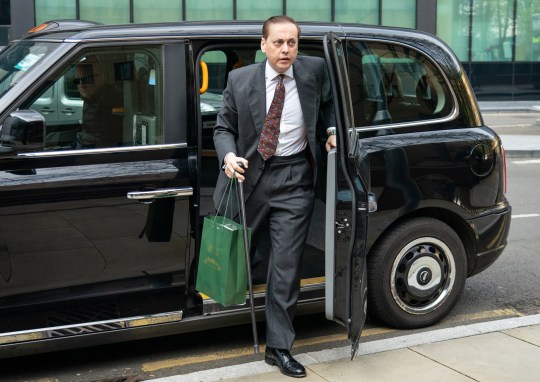 It comes just weeks after Tory MP Imran Khan was convicted of sexually assaulting a 15-year-old boy in 2008 (Picture: PA)

Dave Penman, the general secretary of the FDA union representing civil servants, told the Sunday Times: ‘While some of the procedures for raising complaints have improved, the fundamental balance of power between MPs and the staff they employ has not.

‘Where that exists it will inevitably be exploited, either by those who do not have the skills to manage staff effectively, or those with more malevolent intent.

‘It can come as no surprise, therefore, that if the circumstances that allowed bullying and harassment to flourish have not changed fundamentally.

‘Parliamentary authorities need to address the fundamental causes of bullying and harassment, rather than simply rely on an enforcement mechanism that only protects those who feel able to raise complaints.’

Biden Appeared to Overstate the Role of Al Qaeda’s Leader