The U.K. leaves the European Union behind Thursday, 48 years after it joined the bloc, a significant shift in the global order that will also bring big changes for ordinary Britons.

On Jan. 1, decades of trade with the EU unencumbered by customs declarations and regulatory obstacles will cease, one of several changes likely to have big and lasting effects on the British economy. The rights of a U.K. citizen to live, work or study in any other EU member state will also fall away, highlighting the extent of the EU’s reach into its citizens’ daily lives. EU citizens will also lose those rights in the U.K.

For supporters of Brexit, including Prime Minister

such costs are justified by the benefits and opportunities that exiting the EU will bring. Leaving will allow the U.K. to boost British trade with the rest of the world and set laws to shape its economy and society without interference from Brussels, they say.

“Brexit is not an end but a beginning and the responsibility now rests with all of us to make the best use of the powers that we have regained,” Mr. Johnson said Wednesday during a debate on the U.K.-EU free-trade agreement in Parliament.

The agreement reached on Christmas Eve between London and Brussels on the terms of their future relationship ran to more than 1,000 pages, covering areas as diverse as fishing rights and cooperation between law-enforcement agencies.

Still, some major areas of the U.K.’s post-EU arrangements with its neighbors have yet to be completed, notably the long-term basis for trade in financial services and the cross-border exchange of data. The U.K. is a powerhouse exporter of the former, while the latter is one of the most important lubricants of global commerce.

For businesses, the keenest changes on Jan. 1 will be felt by British exporters and importers trading with the EU. New procedures on customs declarations and regulatory paperwork will come into effect. Tariffs won’t be levied on goods trade but companies importing components from across the world to produce goods for sale in the EU will need to comply with rules of origin, which specify a maximum level of foreign inputs that a finished product can contain to avoid tariffs. 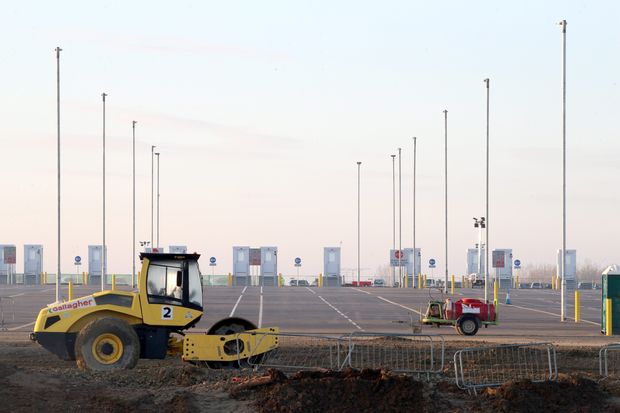 Work continued Thursday to finish the building of an inland border facility at Sevington in southeastern England.


The U.K. has said it would give firms bringing goods into the U.K. a degree of leeway in enforcing the new rules to smooth the passage of goods. The EU hasn’t given any such assurance, raising the possibility of delays and disruption to cross-border trade while the new arrangements bed in.

That disruption is likely to hurt economic growth, especially in the first quarter, and linger throughout the year, economists at Citi said in a research note this month. They said the effects are likely to be compounded by the pandemic, which has distracted company managers in the U.K. from making the necessary preparations. A Bank of England survey in November of corporate executives found only 40% said they were fully ready for Jan. 1.

Overall, Citi estimates the disruption will reduce U.K. gross domestic product in 2021 by about 2%, compared with what it would have been if it had remained within the EU’s single market, its zone of common regulation and its customs area.

Today’s headlines, news in context, and good reads you may have missed, with Tyler Blint-Welsh.

Services firms face similar, if not greater challenges from Jan. 1. The free-trade agreement between the U.K. and the EU included only general provisions for trade in cross-border services that don’t match the level of access available within the single market, the Institute for Government said in a report published after the deal was agreed.

The IfG, a nonpartisan think tank focused on policy-making, said U.K. services firms will also face local restrictions depending on the laws that individual member states apply to non-EU firms. Professional qualifications won’t always be automatically recognized, for example, and business travelers may need a visa to see clients depending on their length of stay. Neither hurdle applies to professionals from EU members. Some services are prohibited to non-EU providers altogether.

“U.K. nationals won’t, for example, be able to sell actuarial services in Italy or construction services in Cyprus. They won’t be able to be surveyors in Bulgaria or tobacconists in France,” the IfG report said.

Most U.K.-based financial-services firms will from Jan. 1 no longer be able to provide services to EU clients, pending a so-called “equivalence” decision by the EU on the extent of market access that has yet to be made. However, the Bank of England said in November that major U.K banks, insurers and asset managers have already established EU-domiciled subsidiaries to ensure no interruption to their EU operations. 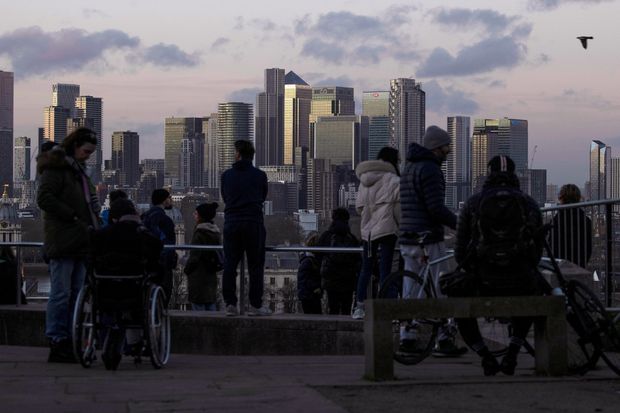 Most U.K.-based financial-services firms will no longer be able to provide services to EU clients.

The U.K. Treasury has granted temporary permission to EU firms offering a range of financial services to U.K. clients, but the EU has done the same only for clearing some financial assets through U.K. exchanges. EU officials have said they cannot give any timeline for giving equivalency to the U.K. financial services sector, though the two sides are supposed to establish an agreement on cooperation on financial regulation by the end of March.

Data is another outstanding issue. Firms will still be able to shuffle personal data electronically across the U.K.-EU border on Jan. 1, for up to six months. The EU has said it would make a decision on whether U.K. laws meet its standards to permit the continuing movement of data in the first few months of 2021.

Brexit will change trade even inside the U.K. To avoid the need to rebuild a customs border on the island of Ireland, Northern Ireland remains in effect in the EU’s customs area and single market. That will require an increased number of checks on products moving from the British mainland to Northern Ireland.

A deal between the U.K. and the European Union came in late December, days ahead of an end-year deadline, giving Britain significant freedom to depart from EU regulations and sign free-trade deals with other countries. Photo: Paul Grover/Pool (Originally published Dec. 24, 2020)

For British families, Jan. 1 will bring changes, too. Tourists with a British passport will no longer be able to use fast-track lines for EU citizens with automatic gates at airports. Those traveling to EU destinations will have the chance to shop duty-free—but will face new restrictions on how much alcohol they can buy. EU caps on certain cellphone charges will no longer apply, likely meaning higher prices for international calls and texts.

British students will face higher fees and access requirements to study at EU universities. And pets, who could travel freely with their owners throughout the bloc under an EU pet passport program, will from Jan. 1 need a vet to issue them a clean bill of health to enter an EU country.

—Laurence Norman in Brussels contributed to this article.

Write to Jason Douglas at jason.douglas@wsj.com

Corrections & Amplifications
EU rules of origin specify a maximum level of foreign inputs that a finished product can contain to avoid tariffs. An earlier version of this article incorrectly said the rules required a minimum level. (Corrected on Dec. 31)