New South Wales Nationals leader John Barilaro has proclaimed “the Nationals are back” and all but declared victory for Dave Layzell in the coalmining and rural seat of Upper Hunter – but he should probably be thanking One Nation.

For Labor too there will be some soul-searching and pressure on opposition leader, Jodi McKay, to consider her future. Speaking on Sunday afternoon, McKay said she was “devastated” that people did not vote for Labor and that the party was shocked that it had “failed to connect” with the voters of the Upper Hunter.

But she also indicated she was not planning to stand down as leader at this stage, even though she acknowledged that leaders have to take responsibility for both successes and failures.

The questions for Labor are not straightforward. The eight-point fall in its primary vote appears to have come mainly from the loss of progressive voters, who moved to the independent Kirsty O’Connell, the only candidate advocating a move away from coalmining as the backbone of the Upper Hunter economy.

First, the lessons for the Nationals.

In the 2019 election, the Shooters, Fishers and Farmers party won three seats from the Nationals: Murray, Barwon and Orange, raising serious questions about whether the Nationals were in danger of losing their mantle as the party of the bush. Water policy proved a flashpoint.

The Nationals’ vote has held up this time. Barilaro was out Sunday morning congratulating himself for helping take the Coalition back towards majority government, but the result may owe more to premier Gladys Berejiklian and her stewardship of the state during the Covid-19.

Pauline Hanson’s party, helmed in NSW by maverick former Labor leader, Mark Latham, ran a spirited campaign in the Upper Hunter byelection, with a strong presence throughout the seat.

At the end of counting on Saturday night, One Nation had won 13.8% of the primary vote, largely at the expense of the other right-leaning party, the Shooters, Fishers and Farmers.

There are still a significant number of votes to be counted, but Shooters, Fishers and Farmers leader Robert Borsak acknowledged the right-leaning vote had been split, dooming both parties to electoral failure.

“The total right-leaning vote was higher than last time,” Borsak said. “Between the two of us the vote is split so we are not as effective as we could have been,” he said.

“It’s typical of One Nation. They provide the colour and entertainment, but they achieve nothing because Labor was never going to direct preferences to them, unlike us.”

The major parties will pore over the results in the coming weeks and there are lessons for both.

NSW has an optional preferential voting system which means votes can exhaust if the voter chooses to just vote 1 as around 65% did in the Upper Hunter.

This means the Nationals will likely win the seat with around 31-32% of the primary vote. It’s hardly a ringing endorsement of Barilaro’s Nationals.

The bad result for Labor, which saw its primary vote crash nearly eight percentage points to 20.8%, poses a far more complex dilemma for the party – and there are lessons for both state and federal Labor.

The party picked as its candidate union official Jeff Drayton from the CFMEU, which covers coalmining. He supported the continued mining of coal in the region. 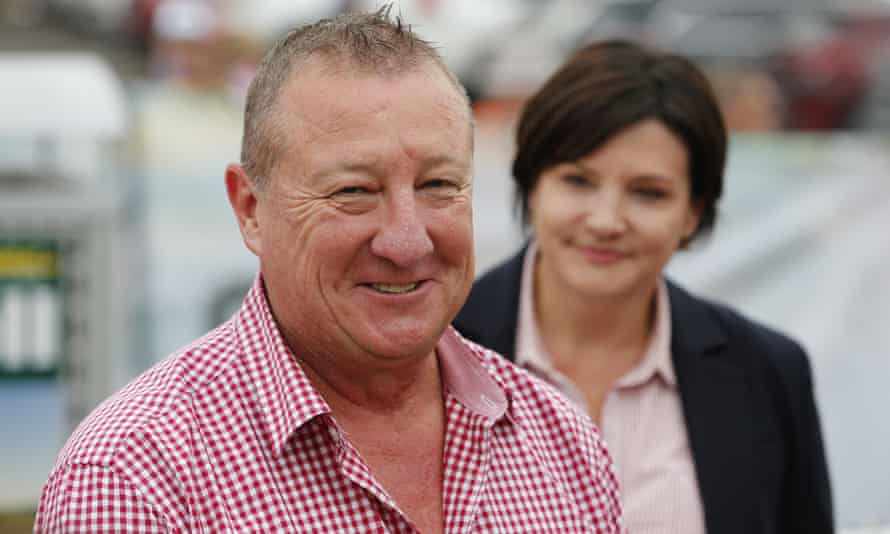 But the Upper Hunter is a mixed seat and it includes a fair swag of voters who are concerned about the uninhibited development of coalmines in the region and its impact on the environment.

O’Connell was the only candidate advocating a clear pathway away from coal for the region and a considered response to climate change. She was backed by former prime minister Malcolm Turnbull, whose advocacy of strong climate change policy is well known.

She picked up 8.4% of the vote, mainly taking votes from Labor and the Greens.

“We held the middle ground swinging voters but we lost our progressive voters,” said one senior Labor figure who spent Saturday on the polls.

“Whenever our focus is on coal and we don’t talk about climate change we lose progressive voters. The result raises an existential question for Labor and we are going to have to consider it carefully at both the state and federal [levels].”

Meanwhile McKay will need to consider her future carefully too. The polls show that despite a valiant effort, she is not cutting through, with a Sydney Morning Herald poll in the last week of the campaign showing more Labor voters prefer Berejiklian as premier than her.

The only person likely to mount a challenge is Chris Minns. But Minns, who ran against her last time, is a divisive figure in the party. He is seen by some in the party as having the ambition but not the experience and he failed to win the numbers last time.

One possibility is that McKay will be prevailed to step down, clearing the way for the more experienced Michael Daley – who led Labor to defeat at the 2019 election – to run again. He is currently barred by Labor’s rules from challenging.

Speaking on Sunday afternoon, McKay said: “I am shocked we haven’t made the progress we thought we were making. But I have to be part of the solution,” adding that the byelection had come a little too soon in her attempts to change the party.

Asked if she intended to stay as leader, she said: “There is no challenge. At the moment.”

McKay highlighted that Labor’s vote had not gone to the Nationals, but had instead gone to the independents. There were 13 candidates in the field. She said the party would now undertake some “serious soul-searching” but did not give a clear idea of where she thought change was needed within the party and its policies.

“It’s how we connect. We are the party of workers, but workers aren’t voting for us,” she said. Noting that Labor failed to win support in the Singleton area, she said Labor needed to focus on issues such as schools and local services in the regions.