ST. HELIER, Jersey—For years authorities on this small island in the English Channel have tried to clean up its image as a tax haven for the super rich, marketing it as a well-governed offshore financial center enshrined in the rule of law.

The makeover helped draw billions of dollars in new assets to the territory from other well-known, but scandal-plagued havens like the British Virgin Islands and the Cayman Islands. Part of that migration of money: Russian oligarch

who has increasingly concentrated his wealth here. The island has offered him residency and became the home to some of his closest advisers.

Now, Jersey officials are in an awkward standoff with one of their best-known customers. Last month, they froze over $7 billion of assets they say are linked to Mr. Abramovich amid sweeping economic sanctions imposed on him and scores of other wealthy Russians by Western governments in response to Moscow’s invasion of Ukraine. Jersey officials have gone a step further: opening a wide-ranging preliminary probe into how he acquired oil companies in 1990s post-Soviet Russia, according to people familiar with the matter. The probe is also looking into whether one of his business partners helped the billionaire try to evade U.K. sanctions, according to these people.

The Jersey probe, first reported earlier Tuesday by The Wall Street Journal, is in its early stages and hasn’t reached the stage of being a formal investigation. Authorities haven’t accused anyone of wrongdoing.

Eugene Tenenbaum, wearing glasses, and Roman Abramovich with whom he has worked closely.


Located just off the north coast of France, Jersey is a self-governing island with the British monarch as head of state. Technically called the Bailiwick of Jersey, it is a picturesque island closer to France than England, popular with day-tripping tourists and famous for its low taxes and namesake cows and potatoes.

The size of Mr. Abramovich’s assets in Jersey has surprised many, forcing the government to defend its previous courtship of the billionaire. “Right across Europe, with hindsight, different decisions would have been made,” said Ian Gorst, Jersey’s minister for external relations and financial services, sitting in an office in the capital St. Helier. “But at the time, Russian individuals and oligarchs were investing and being given residency across Europe, just as they were here.”

Jersey’s outsize financial role traces its roots back to a historical anomaly in the thirteenth century, when the island pledged allegiance to the British monarchy but was never formally incorporated into what became the U.K. That left it free to set its own rules while benefiting from privileged access to Britain, including passport-free travel.

The largely agrarian economy gravitated to finance from the 1970s, when Britons and others started parking assets here to avoid higher onshore taxes. Today, funds routed through Jersey’s 46 square miles total some $1.7 trillion in assets, according to a report by industry body Jersey Finance. The island’s financial industry now accounts for 40% of its economy. Jersey’s once largely agrarian economy has gravitated toward finance since the 1970s.

in the 1990s, acquiring it from the Russian state during a controversial privatization process. In 2005, Mr. Abramovich sold his stake in Sibneft to Russian state-owned gas company Gazprom PJSC for more than $13 billion. Mr. Abramovich’s lawyers have previously denied that the Sibneft deal was corrupt.

In 2001, an investment company called Millhouse Capital was created to manage Mr. Abramovich’s investments as he embarked on a global spending spree.

In his earliest days as an international businessman, in the late 1990s, Mr. Abramovich held assets for himself and his family first in a Liechtenstein foundation and then via a Cyprus trust, according to U.K. filings and court documents. His advisers later moved to consolidate his wealth to better manage it, according to people familiar with the set up.

Apart from its low taxes, Jersey was attractive because of its reputation for being well regulated and its proximity to the U.K., say people familiar with his financial dealings. That made it easier to invest in western companies and assets via the island without raising red flags with counterparties, these people say.

Zedra Trust Company Ltd., a company service provider with an office in St. Helier on a quiet back street across the road from a pizzeria, helped set up and administer a dozen or more companies and trusts linked to the oligarch, according to filings with Jersey’s financial regulator. Zedra said in a statement that it adheres to sanctions rules. 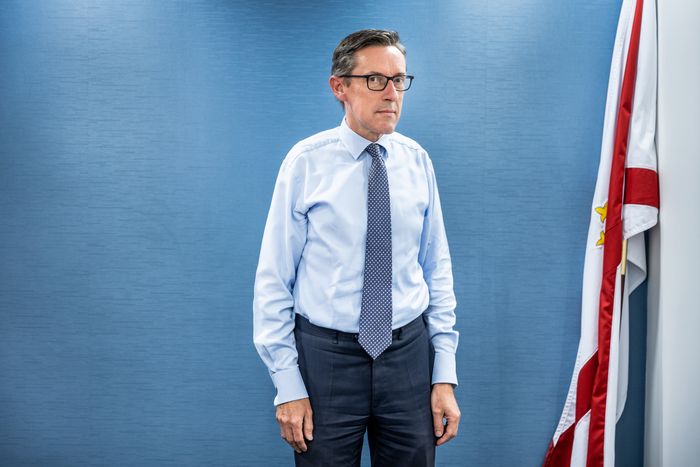 Ian Gorst, the minister for external relations in Jersey, said robust enforcement of the law would protect the island’s reputation.

In 2016, Zedra bought a trust business from

PLC and inherited Mr. Abramovich as a customer, according to a person close to the company and corporate filings in the Isle of Man. Millhouse Capital, set up a Jersey office in 2016 and several companies linked to Mr. Abramovich relocated to Jersey from the British Virgin Islands in the following months, filings with Jersey’s financial regulator show.

Mr. Abramovich’s wealth underwent strict checks in Jersey, and he wasn’t under any sanctions then, people familiar with the matter said. Adding reputational comfort: Mr. Abramovich owned the soccer club Chelsea FC and had a U.K. visa, said Mr. Gorst.

In 2018, the Jersey government offered Mr. Abramovich residency on the island, causing a stir with some locals.

“There wasn’t so much a moral issue about Mr. Abramovich,” says Kirsten Morel, the assistant minister for economic development on the island. “It was a security issue.” That year a former Russian spy was poisoned in southern England, in what the U.K. government said was a Kremlin-orchestrated attack.

“It’s a small place, it is a small island,” said Mr. Morel. “Do you want someone who stands out like that?” Ultimately Mr. Abramovich never took up Jersey residency. 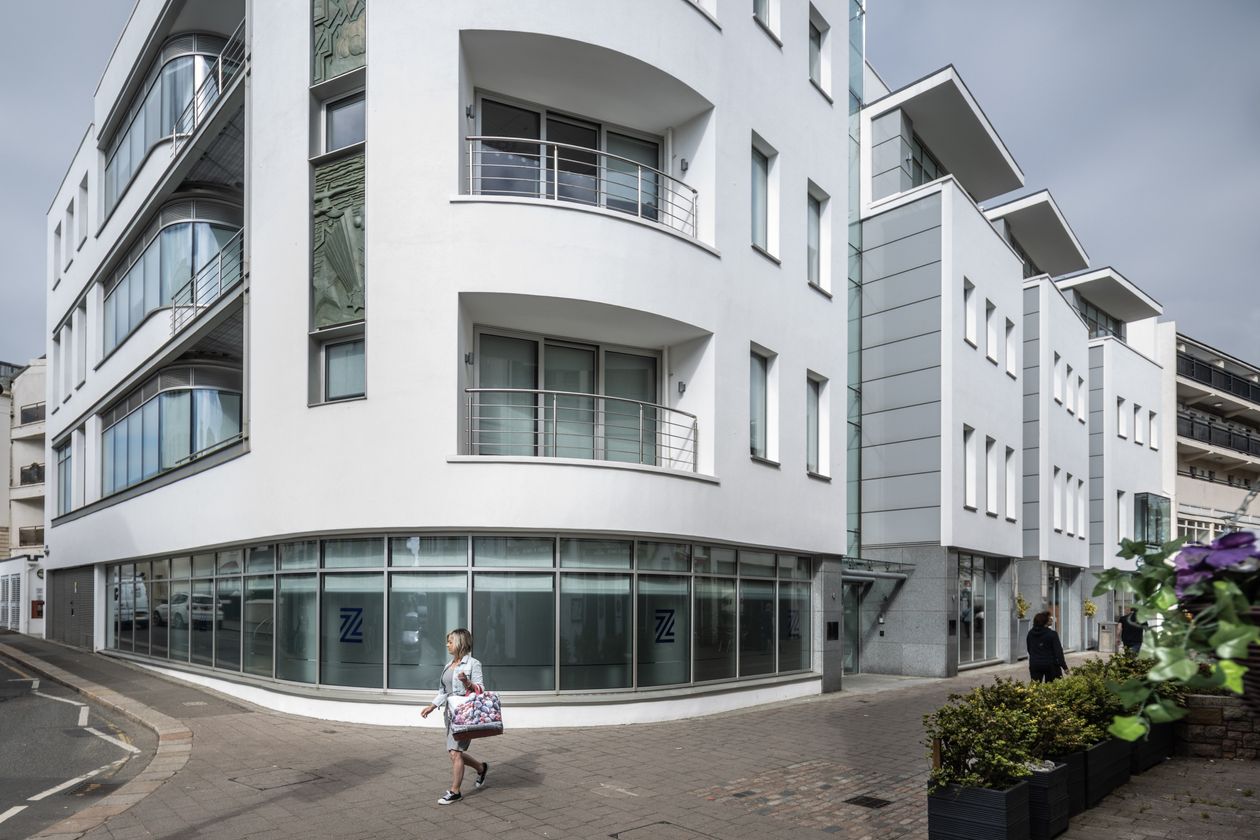 The offices of Zedra Trust in St. Helier, top. Flags are hung on a souvenir shop for the island’s Liberation Day, bottom.

That didn’t stop his business partners from building a bulkhead on the island. Eugene Tenenbaum, a Canadian accountant who worked closely with Mr. Abramovich, settled in Jersey, U.K. filings show. A small office of employees on the island ran Mr. Abramovich’s investments, people familiar with the matter say.

In 2020, Mr. Abramovich shifted a $1.9 billion loan to his soccer team Chelsea FC into one of the Jersey companies, after transferring the British Virgin Islands company that made the loan to Jersey, according to filings in the U.K. and Jersey. Companies holding Abramovich properties, helicopters and a luxury yacht are registered in Jersey, according to Jersey filings and people familiar with the matter.

The government of Jersey follows U.K. sanctions rules. Shortly after Russia’s invasion of Ukraine, the U.K. sanctioned Mr. Abramovich saying he had links to Russian President

Mr. Tenenbaum was sanctioned too. Jersey followed suit and froze assets linked to the Russian businessmen.

One transaction after Russia’s invasion has attracted authorities’ attention and is part of the probe now being conducted over possible sanctions evasion, according to people familiar with the matter.

Mr. Gorst said robust enforcement of the law would protect Jersey’s reputation. “You’re simply ensuring that you have proper process in place to deal with what you find out to be criminal activity,” he said. The Corbiere Lighthouse in Jersey. The government of Jersey follows U.K. sanctions rules.

Write to Max Colchester at max.colchester@wsj.com and Margot Patrick at margot.patrick@wsj.com