LET’S destroy the myth that the EU’s priority in Northern Ireland is peace.

The EU’s priority in Northern Ireland is not peace – it wants to drag the UK back inCredit: EPA

The “protocol”, part of our Brexit withdrawal agreement, is self-evidently now the gravest threat to stability there.

That’s partly due to the ludicrously officious way Brussels seeks to apply it.

Worse still, it makes Unionists fear they are being crow-barred out of the UK. 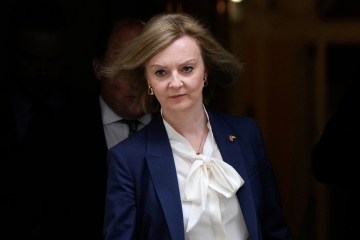 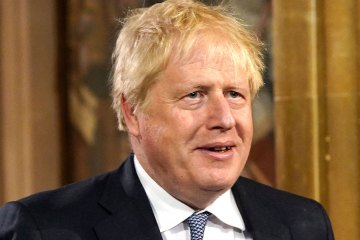 No government can be formed there until that is sorted.

It and its fans here berate the Government for wanting to amend the deal they signed in 2019.

But the Tories only did so under colossal and urgent pressure to end years of Parliamentary paralysis, and even avert civil unrest, as Remainer MPs refused to enact the Brexit the 17.4million voting majority demanded.

There is no option but to fix or ditch it.

Yet Brussels instead threatens a trade war and treats us as an enemy… while going soft on the REAL foe — Putin and the army of rapist cut-throats he sent to pillage a sovereign European nation.

The reality is this: The EU wants to keep Northern Ireland tied to its rules because that is key to its eventual goal: Dragging all the UK back in, under some future government of Labour Remainers.

AS EU threats to Britain weaken Western solidarity against Putin, our PM shores it up.

Boris’s vow to defend Sweden and Finland against Russia are a lifeline as they ponder joining Nato. Come what may, they have one nuclear-armed ally.

Isn’t this what Macron, bigging himself up as the EU’s leader, should be doing?

Or was the little Napoleon too busy once again on the blower to the Kremlin?

HOW depressing if the Government has binned its 300,000 new homes a year ­target.

Michael Gove’s idea to give people a bigger say over the quality of local developments is nice for them — and commendably intelligent.

But is it revolutionary enough to solve the problem — that there are far too few properties for young first-time buyers, meaning insanely unaffordable prices?

The Tories’ long-term survival hinges on it. Young people used to gravitate to the right politically after buying a home.

Those days look over. And we’re not convinced Gove has found the answer.

THE cost of the Rwanda scheme for illegal migrants is a red herring. It’s a deterrent.

Once they realise they WILL be flown to Africa they’ll stop coming.