TEEN Mom Farrah Abraham flashed wads of cash and called herself a “rich b***h” in a bizarre new Instagram video.

This comes ahead of Farrah promising drama in her shocking re-appearance on the franchise spin-off show Teen Mom: Family Reunion. 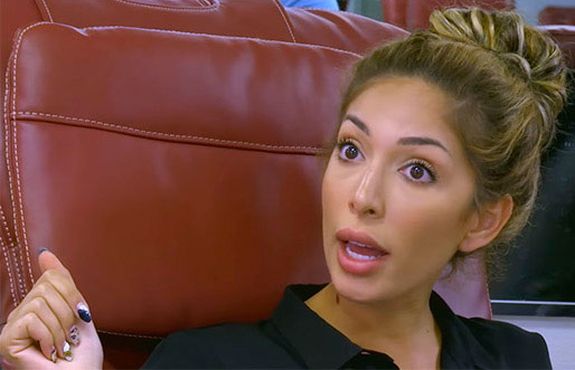 Farrah flashed wads of cash and called herself rich

In the strange new video posted to an Instagram account titled Prop Movie Money, Farrah, 30, lip synched and blinked her eyes at the camera using bizarre props including a cross necklace, a tiara, a visor shield mask, a bad of money, wads of dollar bills, and more.

Her eyes looked alarmingly narrow and green and her facial features, especially her lips, were extremely exaggerated.

The video was captioned: “Wealth is a mind$et.”

Farrah herself replied in the comments: “Mullah.”

However, someone else wrote: “She’s scary.”

The Teen Mom promised lots of drama and epic feuds with co-stars in this spin-off series Teen Mom: Family Reunion.

In a preview of the reunion, released exclusively to Entertainment Weekly, Farrah joined her former Teen Moms Amber Portwood and Maci Bookout for part one of MTV’s Teen Mom: OG Reunion.

As to what loyal enthusiasts can expect, Maci explains the reunion is more or less “all the casts living together” doing “physical fun activities, and we also had a life coach.”

What the moms didn’t know, was that they were going to be reunited with their old cast member, Farrah.

When asked about the experience filming with her again, Amber said: “We really tried to make her feel better…?”

Although Maci and Amber said that Farrah more or less encountered tensions with “pretty much everyone” on the set.

However, in response, Farrah sent a recorded message to Amber and Maci.

Farrah said she “really had a fun time catching up” and that it was “true that some drama went down.”

She also teased a special part two sneak peak of the reunion.

Farrah also shocked fans with her transformation after posting a throwback pic of her and a tween Sophia.

The reality star has been open about her plastic surgery ventures over the years, admitting to getting a boob job, rhinoplasty, chin implants, lip injections, and botox.

Followers were reminded of the 30-year-old’s former appearance when she shared a screenshot from a brunch date she took with her daughter six years ago.

In the snap, Farrah was sitting at the table with the then-six-year-old as they clinked their glasses together while smiling at the camera.

The original post was captioned: “At the Skylightrestaurant @spaceneedle for Brunch & to see #Santa #Seattle”

The young mom added to the memory the words: “those younger parenting years” with a bunch of fire emojis.

The MTV star’s looks have changed drastically since first appearing on the reality series as a teen.

Farrah has faced a slew of backlash in recent weeks for appearing to overdo it with the cosmetic improvements.

Back in November, she shocked fans with her “puffy” looking lips as her followers begged her to ditch the fillers.

One commented: “She looks like a balloon or a bee stung her, it’s very puffy.”

Another shared: “Her lip filler isn’t even in her lips anymore, who did this to her?!”

One person fired: “Farrah is doing this to herself. It looks ridiculous and it’s really sad to see her change so much.”

In October, Farrah poked fun at the “different faces” she’s had over the years after undergoing multiple plastic surgeries.

The mom-of-one admitted she looks so different now that her phone thinks she is nine different people in her camera roll.

Fans begged Farrah to stop the plastic surgery as she showed off her butt wearing skin tight leggings and a tiny crop top while she decorated a Christmas tree.

In Farrah’s latest post to TikTok, she showed off her butt as she set up and decorated an artificial snow-dusted Christmas tree.

A first fan chimed in and wrote: “Artificial whaaaa?!!!”

Although the fan was not referring to the Christmas tree as much as they had were shocked by what Farrah was showing off in her leggings.

Fans were disappointed with Farrah’s body work, many calling her a “Kim Kardashian look-alike” and others thought it was simply too much.

Another wrote: “She should have left her body alone,” while a fourth posted: “You were so pretty before.”

A fifth fan begged Farrah to: “Please, stop! You are gorgeous but ruining yourself. My Lord.” 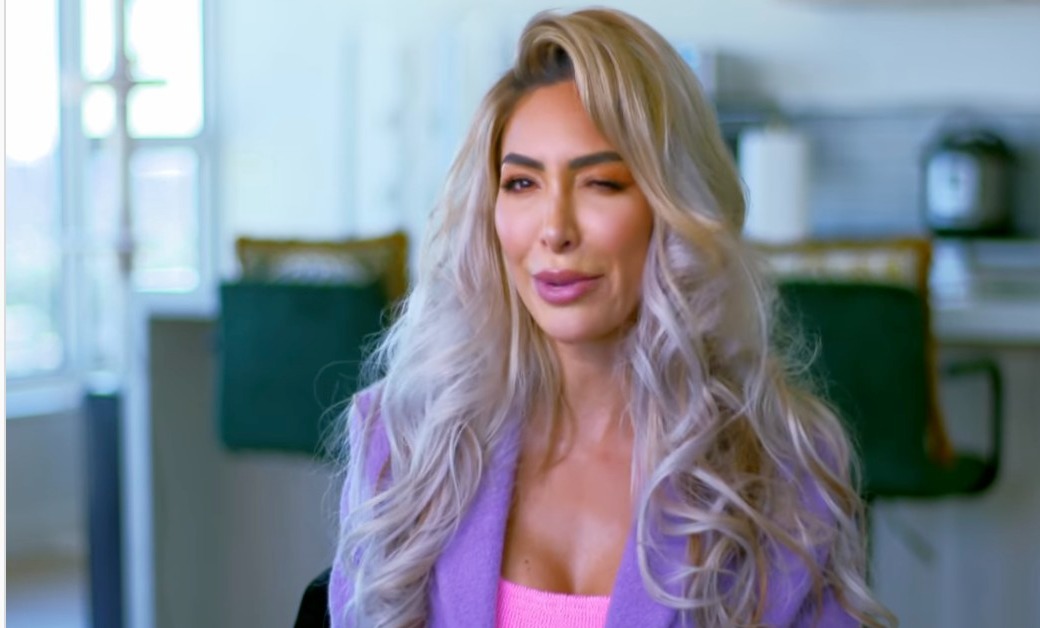 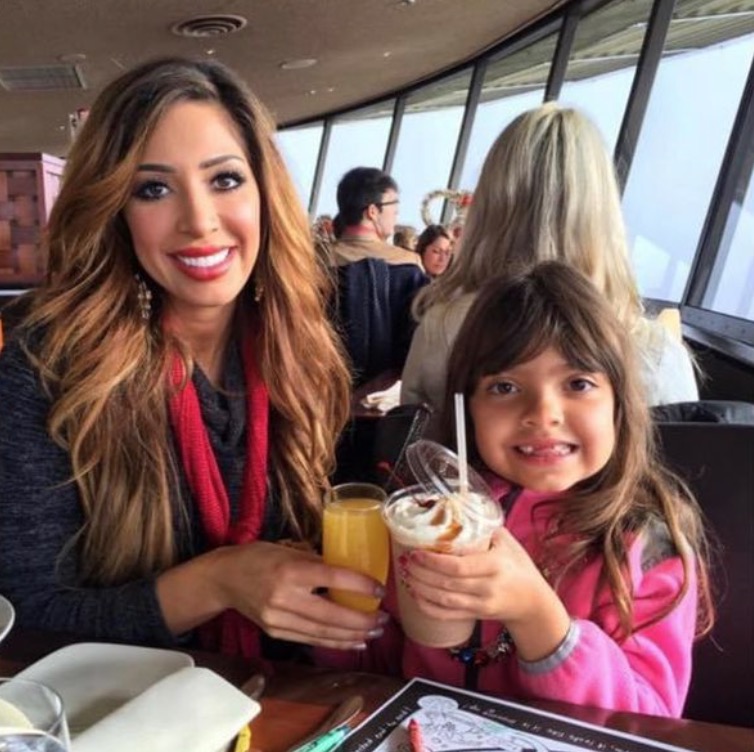 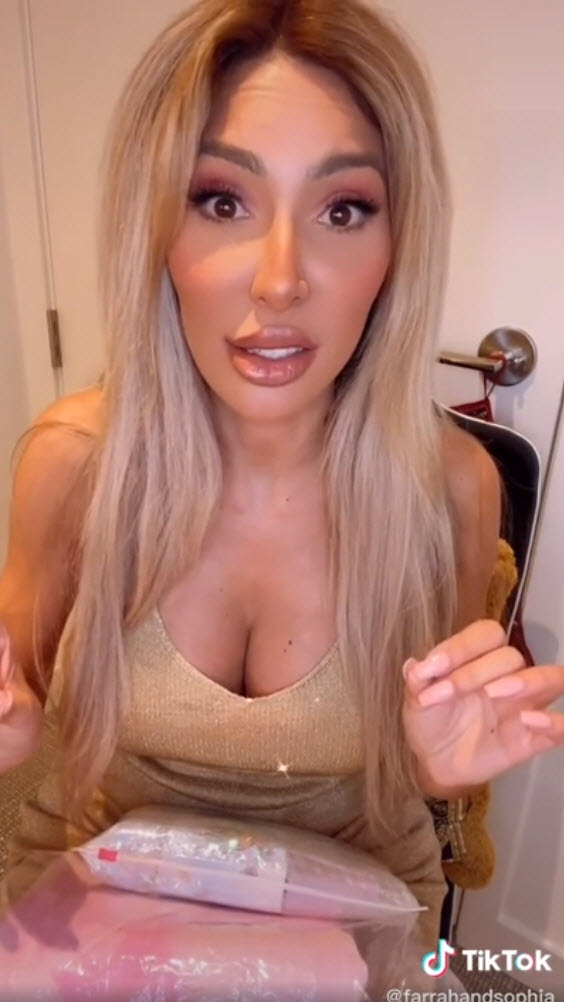 Farrah was slammed by fans begging her to ‘please stop’ the plastic surgeryCredit: Instagram