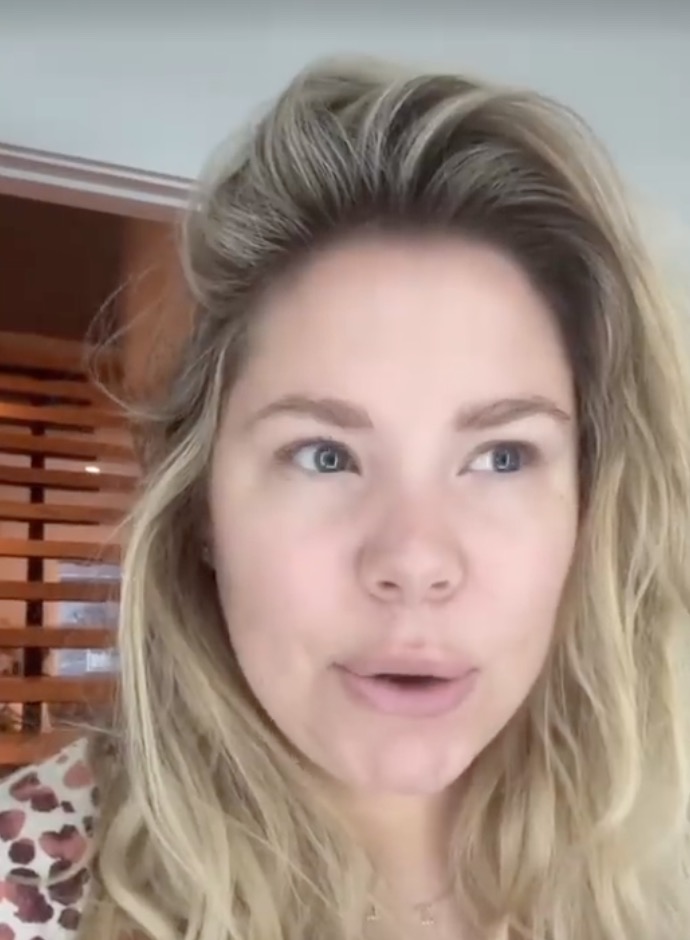 While taking to Instagram on Friday, Briana shared four slides of text posts.

The message began: “I’ve realized some things over the years, even last few months… nobody cares about you… in 10 years they will forget about the leaked video, gossip about who dated who, nasty breakups…it’s entertaining for the moment but none of that matters.”

She said the first incident was when her phone number was leaked online by baby daddy Devoin Austin.

She said the second incident is her current lawsuit with Kailyn, 29.

Briana claimed she will “never try to defend myself again bc it doesn’t matter” and said the lawsuit is “wasting tons of money bc of he said she said.”

After noting her issues with both Kailyn and Devoin could have been dealt with privately, Briana said that she has “learned and grown from both of those situations and will now always deal with issues in a better manner (off social media).”

Switching topics, the MTV star said she “no longer needs to seek validation” from her followers and said” social media is such a scary place.”

Briana then insisted she’s happy with her life, noting that she’s now “at peace” with both baby daddies Devoin and Luis Hernandez.

She continued: “Now that all of my issues at home are resolved, everything else is background noise!”

The MTV star- who shares daughter Nova, 10, with Devoin and Stella, 4, with Luis- wrote that she is happy with the friendships in her life and is loving being single.

Briana started to wrap up the message by sharing: “I am taking accountability- if I ever hurt anyone in my life- I am deeply sorry…I am healing.”

She then seemed to directly call out Kailyn, writing: “Now for those who aren’t at this stage yet, please don’t block my growth.

“Learn to heal like me and I promise life gets so much easier… you could have all the money in the world but an ugly person will always be ugly and god sees that.

“Karma will always find her way.”

The post concluded: “I am ready to move forward and continue to find myself bc we just started!

“Time to take a much needed break for social media so I will see y’all soon!”

Back in June, Kailyn sued Briana for defamation after claiming her co-star “asserted that Kailyn physically beat Christopher Lopez, the father of two of Lowry’s sons, and broke into and entered the home of Mr. Lopez’s mother.”

The Sun exclusively revealed the two are expected to face off in court on January 14, according to court papers.

The hearing is to rule on Briana’s anti-SLAPP motion, which protects a person’s freedom of speech, that was filed in August to have the case dismissed.

The drama began when Kailyn was excluded from the June 8, 2021 episode Teen Mom 2.

After the episode aired, Briana claimed Kailyn’s absence was because she allegedly “committed violent, physical crimes towards Mr. Lopez.

“Defendant also asserted that Lowry was arrested for breaking and entering into the home of Mr. Lopez’s mother.”

However, Kailyn hit back that she did not break into Chris’ mother’s home or beat him up.

She claimed the statements “threaten” her “ability to earn a living” and requested $30,000, reasonable costs and attorneys’ fees and a jury trial.

He also requested the entire lawsuit be dismissed, arguing: “It is meritless and directed exclusively at protected speech on a matter of public concern brought for the purpose of harassing and trying to silence a critic.”

According to new court documents, Kailyn was upset when a treadmill from Briana arrived at her home.

In an email to Kailyn’s attorney, Briana’s attorney noted that the treadmill “seems like an awfully expensive thing to send to someone as an insult.”

“If Ms. Lowry doesn’t want it, I could stand to lose a few pounds myself,” Briana’s attorney jokingly added. 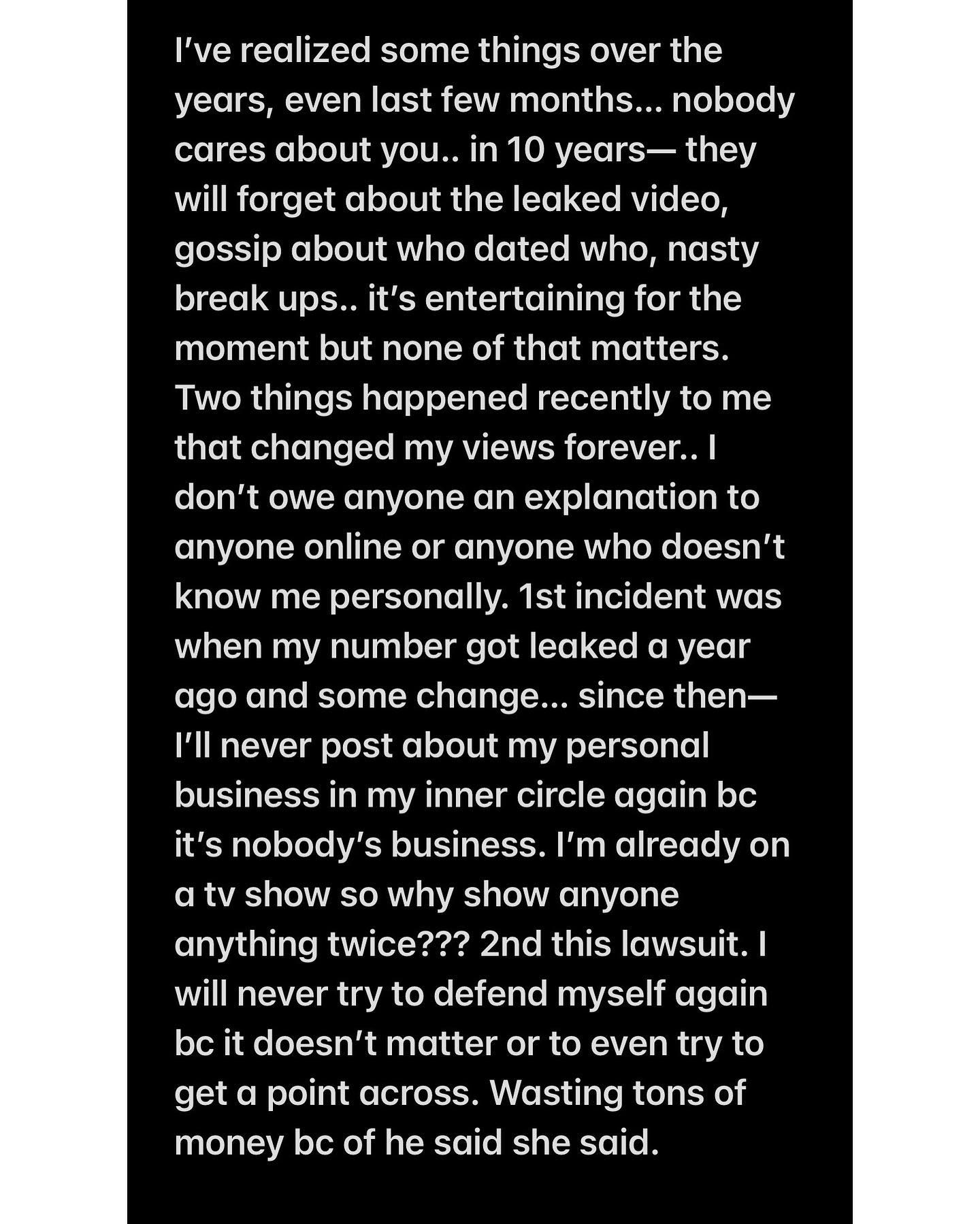 Briana shared a lengthy message with her fans on FridayCredit: Instagram/_brianadejesus 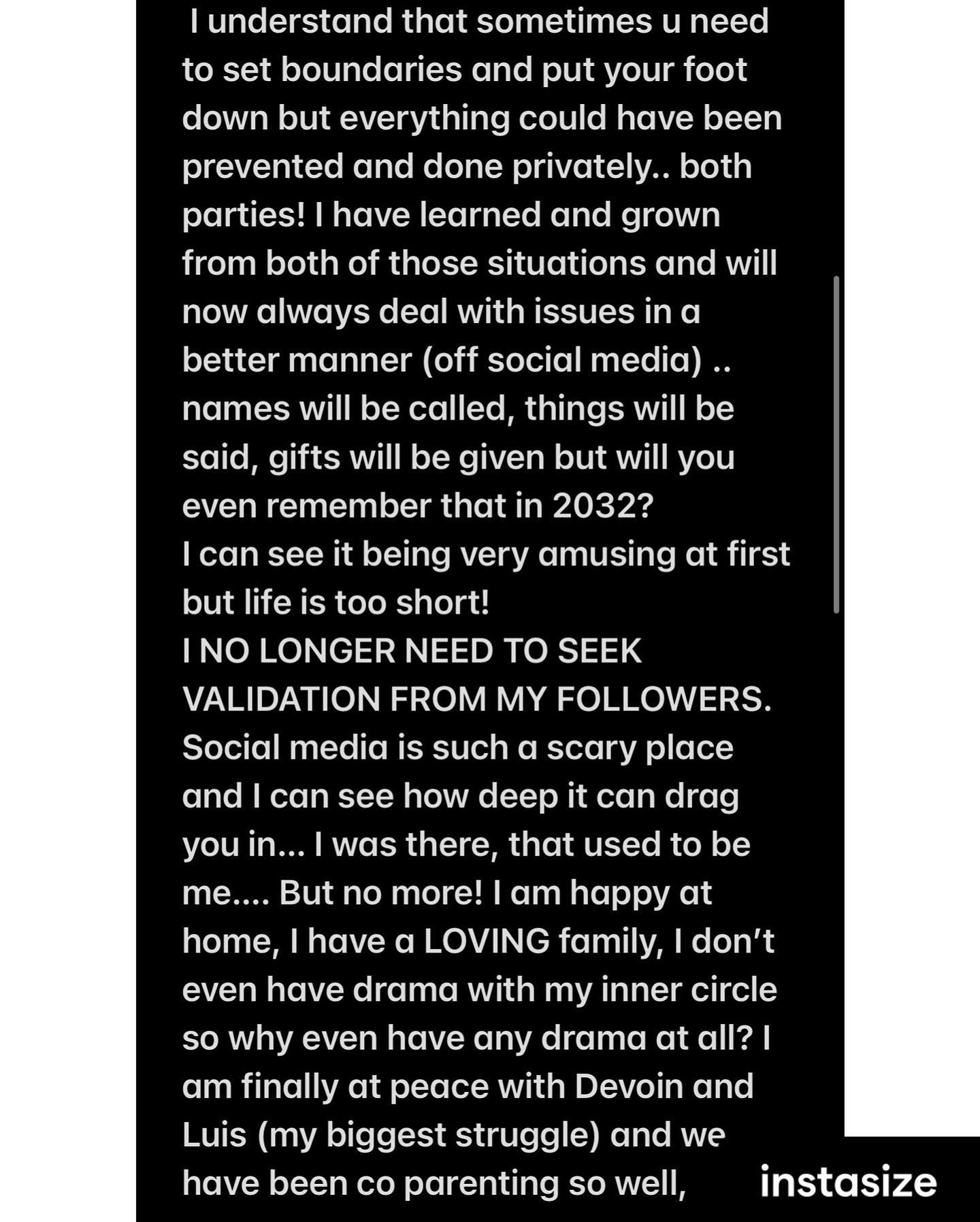 She revealed she’s happy with her personal lifeCredit: Instagram/_brianadejesus 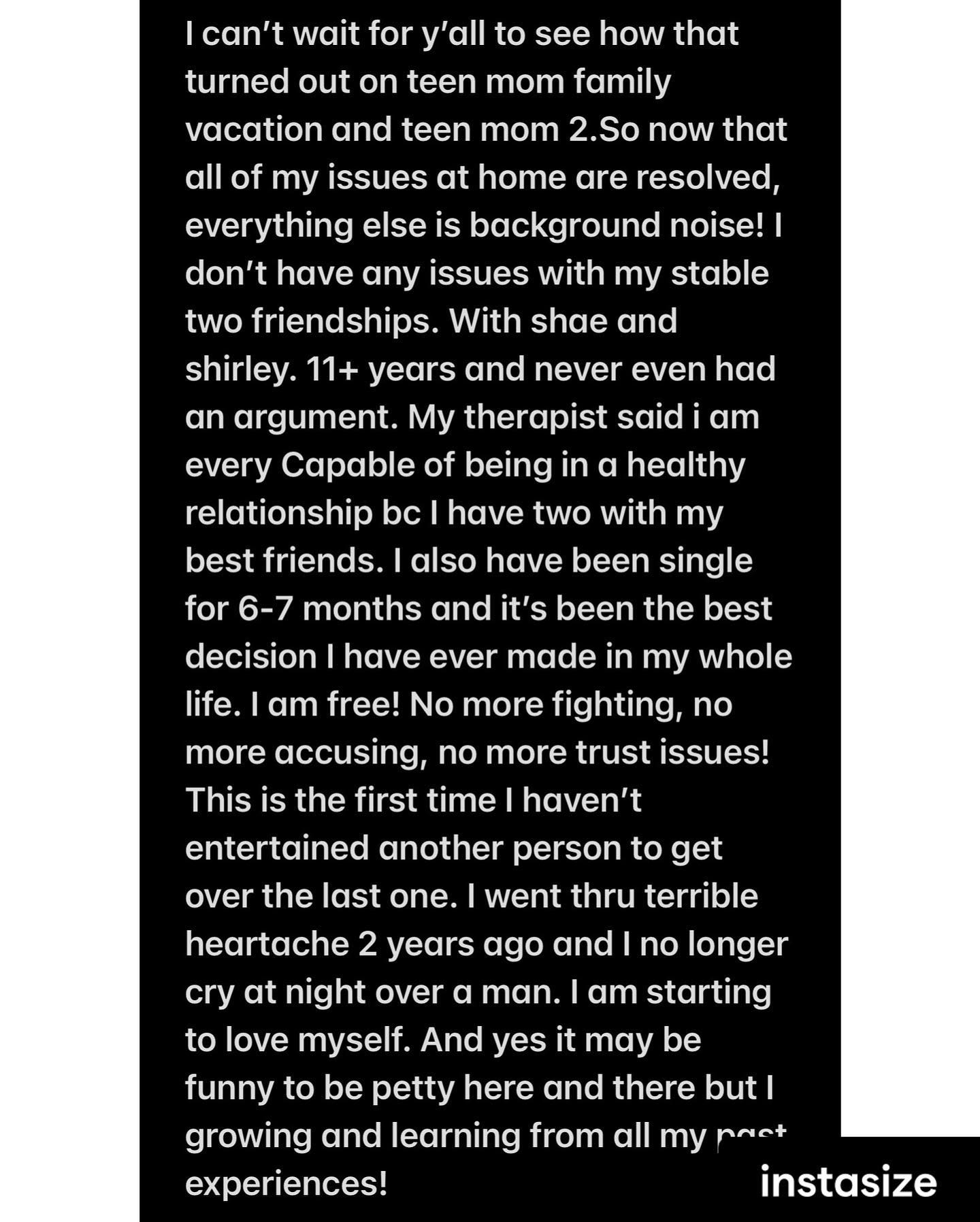 The MTV star said she has healed a lot in recent yearsCredit: Instagram/_brianadejesus 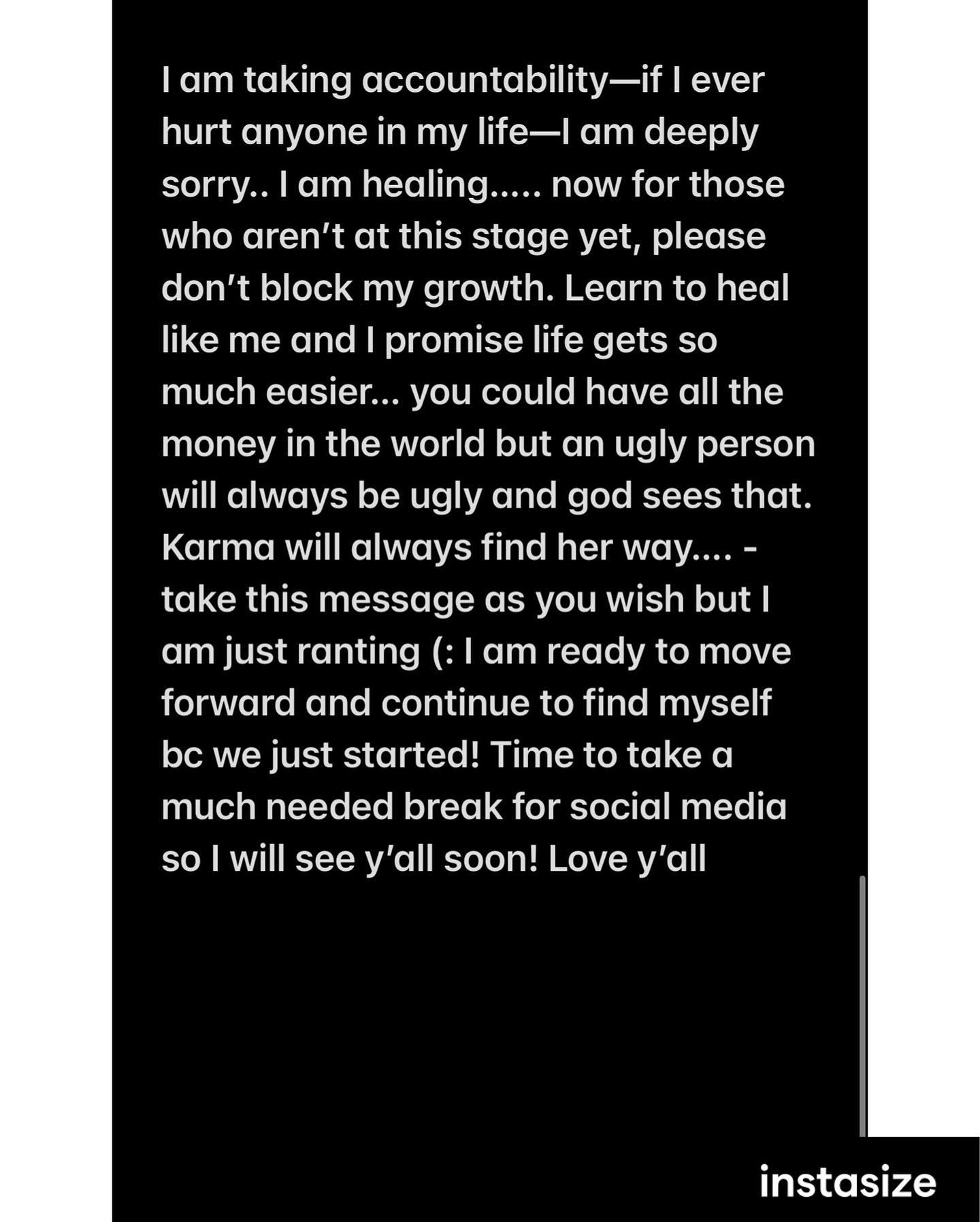 Briana’s message ended with her calling out Kailyn and revealing she’s taking a break from social mediaCredit: Instagram/_brianadejesus