A drug dealer whose sister died from an overdose was told he ‘should be ashamed’ of himself.

Bradley Pullen, 27, acted as an online supplier of ‘illegal pharmaceuticals and drugs’, offering next-day delivery for £7 and registered, first-class post for £4.

In a WhatsApp group with potential buyers – in which he called himself ‘your local pharmacist – he shared a lengthy product list including LSD blotters, Xanax, synthetic cannabinoids and different types of cannabis.

The dealer, of Green Lane in Tavistock, Devon, also offered black MDMA, which he described as ‘the strongest in the world’.

Pullen, who operated under the name of ‘Benzo Brad’, also used a ‘bag of heroin every couple of days’ and was a ‘long way to go to achieve his dream of being free of all substances’.

Police caught up with his activities after staff at the local Post Office became suspicious when he brought in a parcel in April 2020, which he said contained a pendant.

Inside the package, they found a Rice Krispies carton that contained 79 ‘Xanax-style tablets’, which turned out to be the tranquillizer Flualprazolam, classed at the time as a psychoactive substance.

Messages on his phone revealed that he was offering to supply Flualprazolam – as counterfeit ‘Xanax’ – at between 50p and 70p a tablet, making the package worth between £40 and £60. 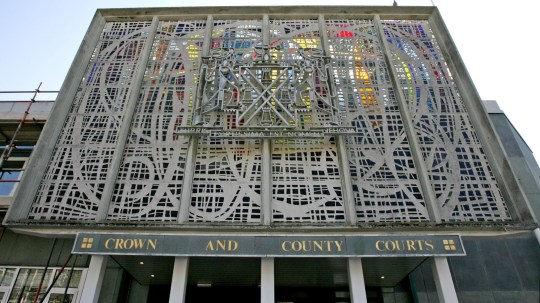 Prosecutor Brian Fitzherbert told Plymouth Crown Court that Pullen had 23 offences on his record dating back to 2007 (Picture: PA)

When officers arrested Pullen at his home the following day, they found a number of mobiles phones, drugs, scales, bubble wrap, envelopes and Post Office receipts.

There was a little over £1,000 cash in his wallet and a Barclays receipt noting that he had deposited another £1,000.

Prosecutor Brian Fitzherbert told Plymouth Crown Court that Pullen had 23 offences on his record dating back to 2007, and pointed out he had already received a suspended sentence in 2016 for dealing cannabis and diazepam.

A probation officer revealed how he had struggled with a number of traumatic events in his life, including witnessing domestic abuse as a child, the death of his sister through an overdose and the death of his dad.

The officer also noted that the defendant was diagnosed with a borderline personality disorder, depression and anxiety, which in turn saw him prescribed Valium and methadone.

In mitigation, Ali Rafati revealed that the dealer had lost his sister last year, adding she had been an addict and her child had been taken away and placed with their grandma some years ago.

He said her death was ‘a real wake up call’ to Pullen, which had seen him contact drug rehab services. 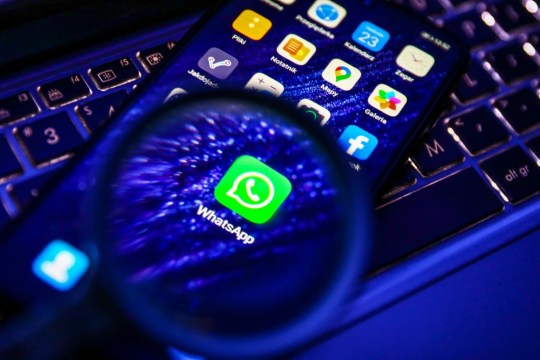 Messages on his phone revealed that he was offering to supply Flualprazolam – as counterfeit ‘Xanax’ – at between 50p and 70p a tablet (Picture: Getty)

Mr Rafati stressed the arrest and prosecution was, in many ways ‘the best thing that could happen to him’, but admitted the 40ml of methadone was not holding him and he had been topping up with heroin, funded out of his benefits.

Sentencing Pullen, Judge Linford said he noted the early guilty pleas to the 10 offences, which included possession with intent to supply a number of drugs, offering to supply a range of Class A, B and C drugs and possession of Class A drugs.

He continued: ‘It’s tragic to learn that you lost a sister to drugs. One would have thought and hoped that that would’ve brought you up short.

‘What your poor mother is going through I have absolutely no idea. Lost one child to drugs and another who is dealing them. You should be ashamed of yourself.’

Noting he had doubt this was the ‘right thing’, Judge Linford agreed to give Pullen a two-year suspended sentence, warning him he came ‘as close to immediate custody as it’s possible a person to get’.

He was also sentenced to 20 days of rehabilitation activity.

The judge also ordered him to complete a nine-month drug rehabilitation requirement, and to be on curfew seven days a week for four months.