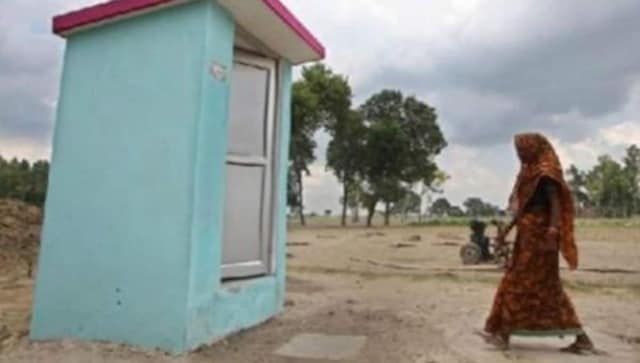 In 1986, the Central government had launched the Central Rural Sanitation Programme — the first nationwide programme aimed at dealing with issues related to sanitation. Several other sanitation programmes were launched in the next 28 years, like the Nirmal Bharat Abhiyan in rural India and Basic Services for Urban Poor in urban India. However, India’s aim to be Open Defecation Free (ODF) remained unfulfilled as millions of toilets that were built are never used.

On 2 October, 2019, Prime Minister Narendra Modi proclaimed that “rural India and its villages have declared themselves open defecation-free”, five years after the launch of the Centre’s flagship programme Swachh Bharat Mission (SBM). However, several studies at the village level reported that this was not quite the case.

One such study was published by the website FactChecker on 2 October, 2019. The article revealed the existence of missing toilet subsidies, half-constructed and neglected toilets, lack of water in toilets, and open defecation, both out of choice and because of the lack of an alternative in five states of India, contrary to the prime minister’s claims. In addition, from a survey of 1,550 households in 2018, it was found that in 56 percent of the households, at least one member defecated in the open.

The question then arises, why do many people in rural India still defecate in the open despite the installation of latrines through a government scheme?

Diane Coffey and Dean Spears’ research, Where India Goes (2018), argued after surveying several states across India that the problem was not one of access to toilets. Even when toilets are provided for free by the government, many Indians prefer defecating in the open to using basic latrines. The latrines provided by governments are often used for storage, washing clothes, and as play areas — all kinds of uses except the intended one.

The key reason for this, as this author’s groundwork indicates, is that basic latrines that need to be emptied out manually or pumped by simple machines are unacceptable to higher caste Hindus, even as more and more Dalits wish to reject these forms of employment. This ultimately results in a high population of rural India preferring open defecation over utilising their private (even if unclean) latrines, a finding also supported by Coffey and Spears. Ritual purity is considered a priority over the availability of a covered toilet that may rid them of feces-related diseases. The construction of toilets that are not compatible with the pre-existing drainage systems has allowed almost a quarter (23 percent) of those who own a latrine to defecate in the open, a figure that has remained unchanged since 2014 to 2018.

It is also imperative to note that the Swachh Bharat Mission’s incapability to completely eradicate open defecation has also been attributed to water scarcity which renders the flush-toilet technology useless in many rural areas. In addition, this author’s field work also shows that habitual dependency on defecating in the fields has also left the locals unconvinced of using toilet technologies.

From a historical perspective, research indicates that drainage systems have constituted one of the primary factors affecting the usability of toilets, as old habits fade away with evidence of the convenience of toilets. In this context, my research findings on a sample from Gujarat have been displayed in the figure below. They show that approximately 44 percent of all rural areas in Narmada have a complete absence of drainage systems (as against areas that have open drainage and closed drainage systems). Share of drainage systems across all rural areas in Narmada. Data source: Census 2011

Ultimately, it is important to realise that as long as open defecation persists, so will a host of environmental, public health and social adversities arising from it. However, it also should be emphasised that a poorly designed drainage system, along with the lack of proper water resources, are the root causes and substantial contributors to the continuation of open defecation.

So, even as the government claims to have made rural areas open defecation free, it is important for the changes to produce a significant social shift. For this, initial investments in the construction of latrines have to be accompanied by durable arrangements for the maintenance and draining of these facilities so that systemic caste-based sanitation employment can be eradicated.

The author studies political science and mathematics at Ashoka University. Her key areas of research are sanitation policy and political data.