In states such as Uttar Pradesh, Bihar and Rajasthan, where schools were dismal in their support to offering learning materials, it’s the families who stepped in significantly to fulfil educational needs, the survey found 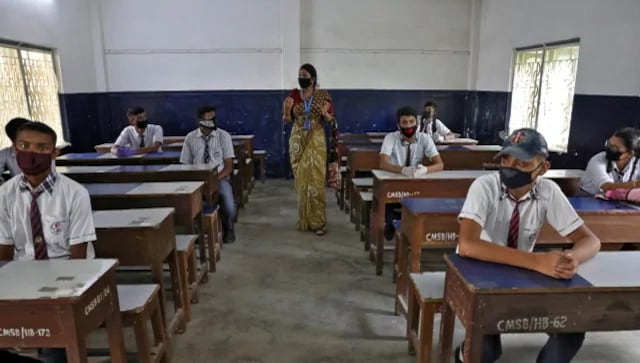 A “small shift” in enrolment patterns of students from private to government schools across all grades and among both girls and boys has been witnessed amid the coronavirus pandemic, findings of the Annual Status of Education Report (ASER) 2020 Wave-1 report stated.

The first ever phone-based ASER survey was conducted by Pratham Education Foundation in a sample of 1,18,838 households in 26 states and four Union Territories to explore provision of and access to distance education mechanisms, materials and activities for children in rural India, and the ways in which children and families are engaging with these remote learning alternatives from their homes.

Almost 50 percent of the teachers surveyed in the rural areas did not get any form of training and 68.8 percent received perfunctory training based on brief instructions, the survey found. Even as shutting down of schools due to the coronavirus outbreak pushed learning to online mediums, of the 68.8 percent who received training, 32.2 percent had comparatively elaborate online or physical sessions, 7.5 percent completed an online course and only 4.4 percent had undergone some initiation into teaching.

At 50.6 percent, teachers who taught Classes 3 to 5 were the best trained, with most teachers having the phone numbers of at least 50 percent of their students.

Further, three out of every four students got learning support from their families. In government and private schools together, 75 percent enrolled children received family support for learning and in private schools alone, the figure was 80 percent. While 33 percent of children enrolled in Classes 1 and 2 received learning support from mothers, mothers’ contribution started falling among higher-grade students.

From Classes 3 to 12, around 28 percent of the enrolled school students received support from fathers, slightly higher than mothers. The report also suggests that along with parents, in higher grades, it’s the siblings who played a key role in their education. In Classes 9 and above, while 24 percent children received education support from fathers, 21 percent got support from siblings and 15 percent from mothers.

In states such as Uttar Pradesh, Bihar and Rajasthan, where schools were dismal in their support to offering learning materials, it’s the families who stepped in significantly to fulfil educational needs, the survey found. For example, in Bihar, where less than 10 percent of the enrolled students received learning and activity materials in the week preceding the survey, 75.3 percent students got parental support in achieving educational goals, slightly higher than national average. In Uttar Pradesh, the figure is the same as Bihar, while in Chhattisgarh and Madhya Pradesh, it stood at 86 and 81 percent respectively.

ASER 2020 also shows that 5.5 percent children are not currently enrolled for the 2020-21 school year, up from four percent in 2018. This difference is the sharpest among the youngest children (ages 6 to 10), possibly because they have not yet secured admission to school. While 1.8 percent children in this age group were not enrolled in 2018, the figure has spiked to 5.3 percent.

Additionally, over 81 percent primary students receive family learning support, it’s much lower at 68 percent for senior secondary school students, indicating that the education level of parents and family members play a role in learning support across India. This points to the fact that first generation school learners is falling as students have parental support to some extent with their education at a time when the pandemic has impacted the dissemination of lessons.

The survey also found that as classes moved online, smartphones found an increased presence in the learning process at home. Among enrolled children, 61.8 percent live in families that own at least one smartphone. Whether these were bought before the school shutdowns or after to facilitate learning, it is a big jump from two years ago, when merely 36.5 percent children lived in families with at least one smartphone. Most children (70.2 per cent) said they did some form of learning activity that week through material shared by tutors or family members themselves.

States that show an increase in the proportion of children whose families own a smartphone include Maharashtra, Gujarat, Madhya Pradesh, Himachal Pradesh and Tripura. Whether acquired before or after school closures in March 2020, more than 80 percent children have textbooks for their current grade. This proportion is higher among students enrolled in government schools (84.1 percent) than in private schools (72.2 percent). Across states, the proportion of children with textbooks at home falls below 70 percent in three states — Rajasthan (60.4 percent), Telangana (68.1 percent) and Andhra Pradesh (34.6 percent).

NFL WEEK 13: Our official predictions for who wins this weekend