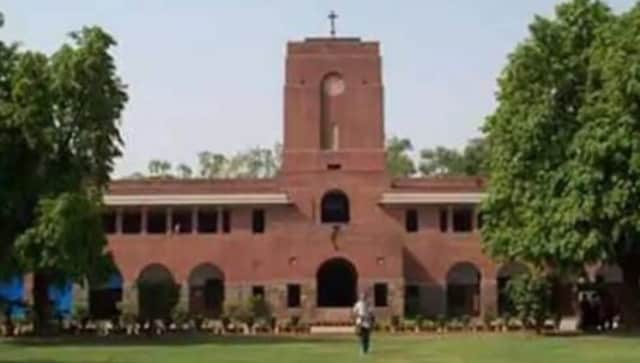 The cut-off list for admission to undergraduate courses at St Stephen’s College, under the Delhi University has been released.

As per the report, St Stephen’s 2020 cut-off evaluates the best four subject marks obtained in class 12. This includes one language subject, one core subject and the remaining two are based on the highest marks scored in the Class 12 board exams.

Candidates who fulfill all criteria for admission to St Stephen’s College will be required to appear for a written test followed by an interview.

An NDTV report mentions that the BSc programme with Computer Science cut-off has gone up from 96.66 percent last year, to 97.67 percent in 2020 and, if studied with Chemistry, the cut-off has risen from 95 percent to 96.33 percent. All science courses, Honours and ‘Programme’ have registered increases except BSc Mathematics.

In the case of BSc Mathematics, there is an increase for Commerce students whose cut-off has increased from 97.5 percent to 98 percent; and for Science students, whose cut off percentage has risen from 97.75 percent in 2019 to 98 percent this year.

As per a report in The Indian Express, the biggest jump has been witnessed by Sanskrit Honours, where the cut-off has become 70 percent as compared to 65 percent for students of commerce and science streams. However, for students of humanities, it still remains 65 percent.

The report adds that this year Delhi University had received the highest number of applications in the last three years at 3,53,919.

To check out the course-wise cut off for St Stephen’s College, one can go to the link: https://www.ststephens.edu/notice-ug2020-cutoffs/

Source: https://www.firstpost.com/india/st-stephens-college-under-delhi-university-releases-first-cut-off-list-for-undergraduate-courses-8820651.html
Subscribe To Our Newsletter
Be the first to get latest updates and
exclusive content straight to your email inbox.
No Thanks!

Robbie Williams reveals he is dyslexic when it comes to numbers