Reacting to Singh’s death, Lalu Prasad Yadav said, ‘I told you the day before yesterday, you are not going anywhere. But you went so far’ 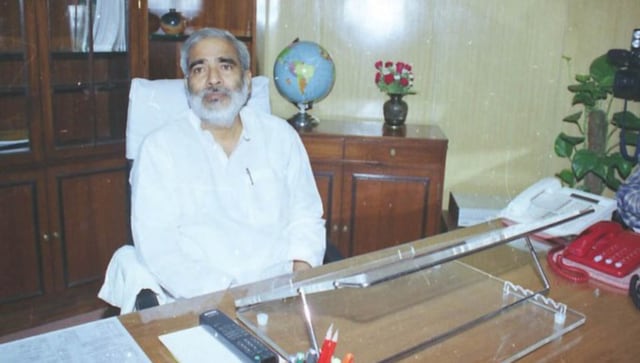 Singh died at 11 am on Sunday after complaining of breathlessness and other complications, PTI reported. In June, he tested positive for the novel coronavirus and was admitted at AIIMS Patna. He was taken to AIIMS in the National Capital recently following post-COVID-19 complications.

Modi described Singh, who died at AIIMS, New Delhi, after prolonged illness, as a grassroots leader with deep understanding of poverty and problems of the poor.

He also obliquely referred to “churning” that the departed leader faced in his last days, hinting at his disenchantment with his party the RJD and its leader Lalu Prasad.

“An inner ‘manthan’ (churning) was going on in him during his last days. He remained true to the ideology he believed in..In the recent past, he had been in news.

“He was obviously in a state of inner turmoil since it had no longer remained possible for him to be by the side of his old associates. Finally, he gave expression to his feelings through the letters he wrote from the hospital bed, the prime minister said.

Modi made the remarks before dedicating to the nation three petroleum projects via video conferencing in Bihar.

The prime minister recalled his interactions with Singh when the RJD leader was a Union minister and he the chief minister of Gujarat.

I had occasions to interact with Raghuvansh babu many times. We used to take part in TV debates long back, putting forth our respective points of view. He used to represent his party while I used to represent the BJP as an office-bearer of the organisation, said the prime minister.

“I was worried about his health and often inquired about him,” Modi said.

The passing away of Raghuvansh Prasad Singh is tragic. An outstanding leader rooted to ground, Raghuvansh Babu was a true stalwart with phenomenal understanding of rural India. With his spartan and sagely lifestyle, he enriched public life. Condolences to his family & followers.

Rashtriya Janata Dal (RJD) supremo Lalu Prasad Yadav also condoled Singh’s death and said, “I told you the day before yesterday, you are not going anywhere. But you went so far. I am very sad and I will miss you.”

Singh had resigned from the primary membership of RJD on Thursday and followed it up with an open letter, a day later, addressed to the RJD supremo’s arch-rival and Bihar chief minister Nitish Kumar, triggering speculations about his future moves.

Manoj Kumar Jha, RJD spokesperson, also paid a heartfelt tribute to Singh, saying, “The sudden demise of Raghuvansh babu’s demise makes one realise how an era can end in just a moment. The entire RJD family is shocked over his sudden demise. May God give strength to his family, friends and the RJD family to bear his loss.”

Singh, former Union Minister for Rural Development in the Congress-led UPA-I government, was one of the founding members of the RJD.

Congress leader Rahul Gandhi said, “With Raghuvansh Prasad Singh’s demise, a strong voice for villagers and farmers is now gone. His service and dedication towards villages and farmers, and his struggle for social justice will always be remembered.”

What has Amy Coney Barrett said about abortion?