Ali Harbi Ali, 26, will not be released from prison for killing Sir David Amess (Picture: PA)

Sir David Amess’s family said they felt ‘no elation’ when his ‘beyond evil’ killer was given a whole life order.

The family described the ‘sickening’ thought of Sir David greeting his murderer Ali Harbi Ali, 26, with a smile during a constituency surgery in Leigh-on-Sea last October.

In a statement read outside the Old Bailey, they said: ‘There is no elation in our family today following this sentencing. Our amazing husband and father has been taken from us in an appalling and violent manner. Nothing will ever compensate for that.

‘We will wake each day and immediately feel our loss. We will struggle through each day for the rest of our lives.

‘Our last thought before sleep will be of David. We will forever shed tears for the man we have lost. We shall never get over this tragedy.’

Ali admitted stabbing Sir David more than 20 times with a foot-long carving knife after tricking his office into believing he was a healthcare worker moving to the area. 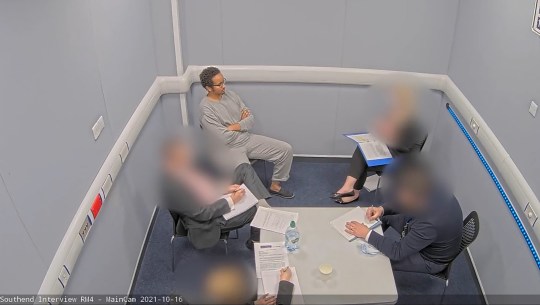 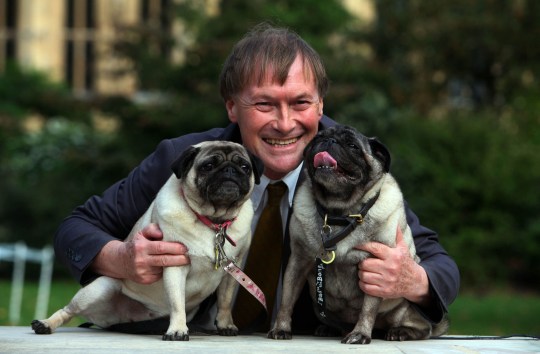 David Amess with his pugs, Lily and Boat, at the Westminster Dog of the Year competition (Picture: PA)

But he denied charges of murder and preparing acts of terrorism on the basis he was ‘protecting’ other Muslims in Syria.

Ali told the court Sir David’s ‘deserved to die’ because he voted in favour of airstrikes in the Middle Eastern country in 2014 and 2015, and claimed he had no regrets.

Mr Justice Sweeney handed the killer a rare-whole life order at the Old Bailey today – meaning he will die in jail.

In his sentencing remarks, he said: ‘Sir David had done nothing whatsoever to justify the attack on him. On the contrary, he had devoted 38 years of his life to the service of the public.

‘He engaged in doing it when he was murdered. The loss is one of national significance.’

The judge said Sir David ‘fought bravely and hard against the attack’ but was ‘overwhelmed’ by the ‘younger and larger’ assailant.

The court previously heard how Ali, who grew up in Croydon, south London, became known to authorities around the same time his performance at school started dipping.

He became radicalised after watching Isis propaganda videos and witnessing the brutality of Bashar al-Assad’s regime.

Ali was referred to the Government’s Prevent counter-terrorism programme, but he continued plotting an attack in secret.

The aspiring doctor considered travelling to fight in Syria, but by 2019, he’d settled on carrying out an attack in the UK instead.

Around the time of the murder, Ali sent a WhatsApp message to friends and family, justifying his attack as being in the ‘name of Allah’.

Sir David, a 69-year-old father-of-five, screamed as a knife was plunged into him and died at the scene.

Ali, the son of a former media adviser to a prime minister of Somalia, was later apprehended by two police officers who were only armed with batons and spray.