The rainfall and hailstorm helped in fully containing the fire at the Pithabata range, the state government said on Wednesday 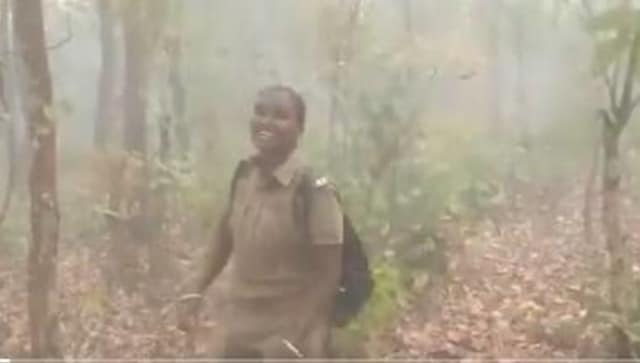 The forest fire that recently broke out at the Similipal National Park had worried environmentalists and calls were raised for prompt action to douse the fire. But, as a result of abrupt unseasonal rain in the area, the fire was contained and forest guards were caught on camera rejoicing in the rain.

A video of a female forest guard has been widely shared on social media platforms. The woman, who was reportedly involved in the fire relief efforts, can be seen dancing and jumping around as strong gusts of wind and rain engulf the Odisha forest.

Indian Forest Service officer Ramesh Pandey posted the clip on Twitter. He wrote: “Such rains are like helping hands of God” in the caption.

Such rains are like helping hands of God. One can see the happiness of lady forester involved in firefighting in Similipal, Odisha. Good news is that fire is under control as per the current MODIS satellite data.
Via @ykmohanta pic.twitter.com/6RVagrCxQz

Earlier this week, the head of the relief task force said that the forest fire was “almost contained”.

In the following days, rainfall and hailstorm helped in fully containing the fire at the Pithabata range, the state government said on Wednesday.

In a statement, the office of Principal Chief Conservator of Forests (PCCF) stated that the ongoing state fire was brought under control after weeks of efforts put in by different agencies.

The Forest Fire Points were 290 on 9 March, and after the fire was totally contained, “only 24 points [were] detected, which are being attended in the field”, a task force member had stated.

HR Biswas, director of the Indian Meteorological Department, Bhubaneswar, said that the region around Similipal Tiger Reserve (STR) had received 10.6-millimetre rainfall in the evening of 10 March, thereby immensely aiding the man-made efforts to contain the fire.