Poonawalla also said the SII is in the process of applying for an emergency usage licence, and that he has discussed an implementation plan with Prime Minister Modi during his visit to its Pune facility on Saturday 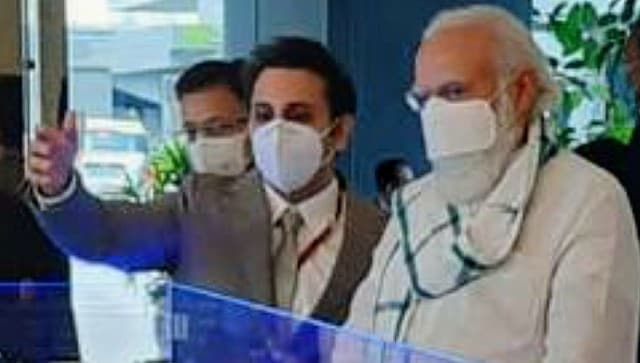 The erroneous trial results of the AstraZeneca-Oxford vaccine candidate will not impact the manufacturing or delivery schedule of the ‘Covieshield’, the Indian version of the experimental vaccine, Adar Poonawalla, the CEO of Pune-based Serum Institute of India which is manufacturing the vaccine in India reiterated on Saturday.

Poonawala also saidthat the SII is working towards meeting the need for 30 to 40 crore (300 to 400 million) doses of vaccine that the Ministry of Health Affairs may require by July.

“As of now, we don’t have anything in writing with the government of India on how many doses they will purchase but the indication is that it would be 300-400 million doses by July 2021,” he told reporters.

The SII, he informed, is in the process of applying for an emergency usage license in the next two weeks.

Poonawalla also said he discussed an implementation plan with Modi after the Covieshield is granted an emergency usage authorisation.

“This,” however, he said, “will happen after the company submits its efficacy trials data with the government and provided the trials in the UK go well.”

“It will be a decision of the health ministry,” he added.

Giving a status update on the other vaccine candidates which are under various stages of development and trials at the SII, Poonawala said that the trials of Covieshield are on time, whereas the Covax is around two months behind it.

The phase one trials of a third vaccine candidate, Codagenix are expected to start in the UK in December, he informed.

Poonawalla also said that the SII’s priority will be first distributing the Covieshield vaccine in India and Covax countries, which primarily includes Africa.

The UK and European markets are taken care of by Astrazeneca and Oxford University, he added.

Besides SII, Modi on Saturday also visited the pharma major Zydus Cadila’s plant in Gujarat and then flew to Hyderabad where he visited Bharat BioTech which is working on the indigenous Covaxin candidate.

Poonawalla said that he briefed Modi about the work being carried out at SII and on the progress of the vaccine.

“Had a good interaction with the team at Serum Institute of India. They shared details about their progress so far on how they plan to further ramp up vaccine manufacturing. Also took a look at their manufacturing facility,” Modi tweeted after his SII visit.

One Year, 400,000 Coronavirus Deaths: How the U.S. Guaranteed Its Own Failure

What is Jeremy Clarkson’s net worth? – The Sun