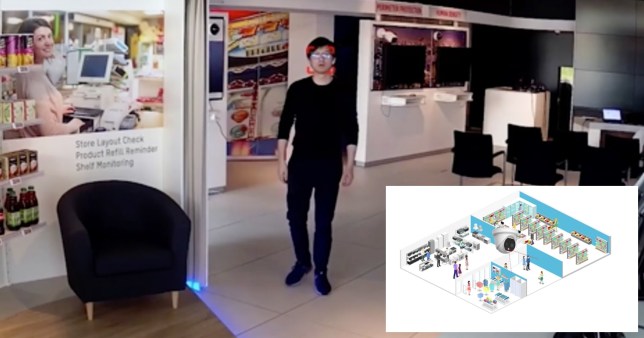 A still from a video shows how one face mask detection system works (Picture: Hikvision Europe)

Technology that can detect whether someone is wearing a face mask is being developed for use by shops across the UK.

The CCTV systems can refuse entry to people who don’t have their nose and mouth covered in the latest bid to enforce the rules.

Some shops are considering installing screens at the entrance which are equipped with artificial intelligence that can scan someone’s face for signs of a mask.

It will display a green or a red message once the check is complete and then the doors will open or remain shut, depending on the outcome.

Whiteley’s Garden Centre in Mirfield, near Kirklees, West Yorkshire, became one of the first shops to trial the system last week.

A film by Hikvision Europe has also emerged demonstrating a different way shops can detect face coverings. This system uses a camera to scan someone’s face and then a voice instructs the shopper to put their mask on.

Supporters say using AI like this will help protect shop workers and save them from confronting ‘difficult’ customers who are ignoring the regulations.

But it’s not clear how anyone who is genuinely exempt from mask wearing because of a medical condition will be able to get around the system.

CCTV.co.uk, who install CCTV Systems across the UK for both home and commercial clients, said it will protect staff from difficult customers or ‘potentially worse’.

Spokesperson James Ritchey said: ‘The technology is just fantastic; the CCTV system automatically allows or denies access to the shop and means staff don’t have to be put at risk from difficult customers complaining, or potentially worse.’

Whiteley’s welcome 450 visitors a day, and the shop had previously stationed someone at the door full-time to remind people to wear a mask. Since it switched to the automated system, they say non-compliance has decreased by up to 50%.

Mr Ritchey added: ‘Retailers are working so hard to stay open during these most difficult times, and this system means staff aren’t in the firing line from customers unhappy about current restrictions.

‘The other side of using an automated system is it gives customers worried about the virus confidence as they enter a tightly controlled secure Covid-19 store.’ 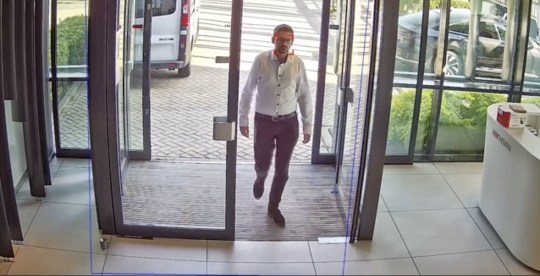 AI is increasingly being deployed as part of efforts to enforce the often-changing coronavirus restrictions as police forces become stretched by the huge scope of the regulations.

Cities including London and Manchester have been using systems designed to monitor traffic flow to check whether pedestrians are social distancing while out on the streets.

Manufacturers Vivacity say none of the footage is actually recorded or used to track down rule-breakers.

Instead it is helping councils build up data which can inform policy decisions and check whether rules are working as intended. 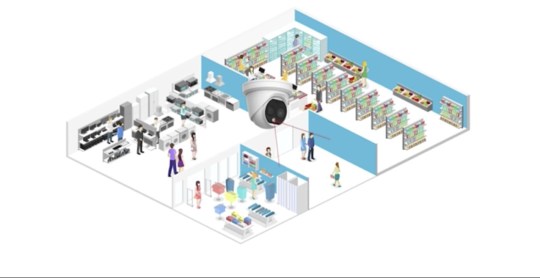 Face mask detection software is more common in countries like Japan where major brands have adopted the technology and installed it at shops including supermarkets.

Since the face covering rule was first introduced in the UK in June, shops have generally taken a stand-off approach when it comes to challenging customers who are not be wearing masks.

Tom Ironside, Director of Regulations at the British Retail Consortium (BRC), told MailOnline: ‘While technology can undoubtedly make a useful contribution, the important thing is we are all reasonable and respectful of one another and the rules.

‘For safety of staff and customers we urge everyone to follow the safety measures being implemented in stores across the country.’