Lorna Hewitt, 43, and her husband Craig, 34 are accused of locking up her autistic son in the attic for seven months (Picture: SWNS)

A vulnerable young man was found locked in an attic, weighing just six stone and ‘close to death’, a court has heard.

Lorna Hewitt, 43, and her husband Craig, 42, have been accused of imprisoning her son Matthew Langley in their family home for seven months.

An ambulance was called to the address in Sheffield in June last year where the 22-year-old autistic man was found in the attic bedroom.

He was said to be seriously underweight and dehydrated, ‘with his life hanging in the balance’.

Police later discovered faeces and vomit all over the floor and bedding, along with buzzing flies, a bad smell and a key on the outside of the door.

Paramedics rushed him to hospital in a ‘pitiable state’ with abrasions indicating he had been moving around on all fours, Sheffield Crown Court heard.

He added: ‘They measured 180. They were so high they could shut down his brain and kill him. Anything above 145, there is a real chance of death. 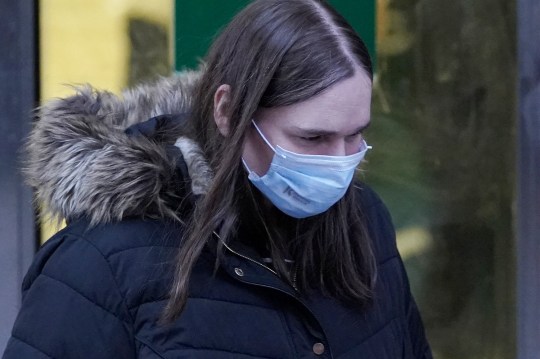 Ms Hewitt, who did not want to answer any police questions, was pictured leaving Sheffield Crown Court (Picture: SWNS) 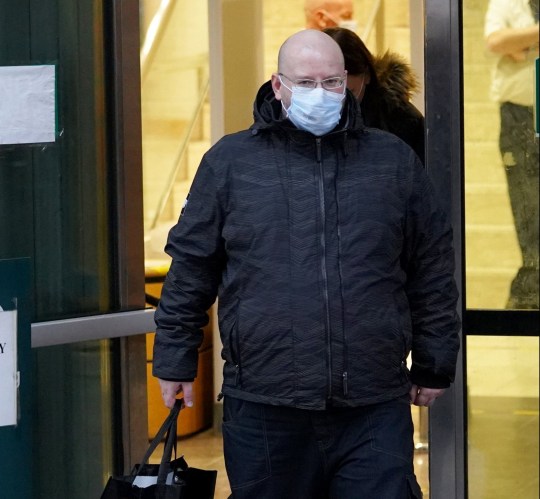 Craig Hewitt insisted that his stepson had been fed and that he ate in his room (Picture: SWNS)

‘The Home Office pathologist examined the injuries and said the abrasions and bruises were consistent in his view with Matthew having been crawling on all fours over objects in his path.’

Matthew also suffered with irritable bowel syndrome, incontinence, arthritis and had learning difficulties, but has since made a good physical recovery, the court heard.

The jury was told that his mum and stepdad ‘gambled with his health’, so that he could be taken off their hands.

But both defendants pleaded not guilty to false imprisonment between November 2019 and June 2, 2020.

They also pleaded not guilty to causing or allowing a vulnerable adult to suffer serious harm between the same dates.

Mr Hewitt told police his wife Lorna had found Matthew upstairs lying on the floor and insisted that he had been fed and that he ate in his room.

Police had found a key on the outside of his stepson’s bedroom door and he claimed that there had been locks on the internal doors because the home used to be student accommodation.

Mr Hewitt also explained how Matthew would often go downstairs and set off the security alarms at night, so they were forced to lock him in.

The court heard that Ms Hewitt gave ‘no comment’ answers to all questions by police.