New Delhi: A severe heatwave swept the national capital on Wednesday with the mercury settling at 43.5 degrees Celsius, the highest so far this year, the India Meteorological Department said.

A respite from the heat is unlikely anytime soon as the monsoon is at least a week away, according to the IMD.

The maximum temperature recorded at the Safdarjung Observatory, the official marker for the city, was seven notches above normal, weather officials said.

Most of the monitoring stations in the national capital recorded a severe heatwave with their respective maximum temperatures remaining at least seven notches above the average.

The monitoring station at Pusa recorded a high of 44.3 degrees Celsius, eight notches above normal, they added.

For the plains, a heatwave is declared when the maximum temperature is more than 40 degrees Celsius and at least 4.5 notches above normal.

A severe heatwave is declared if the departure from the normal temperature is more than 6.5 degrees Celsius, according to the IMD.

Delhi recorded its first heatwave of this summer on Monday with the mercury settling at 43 degrees Celsius.

The weather department has predicted another heatwave for Thursday.

Meanwhile, a thin layer of dust hovered over Delhi, pushing the air quality into the poor zone.

The 24-hour average air quality index in the national capital stood at 206 at 4 pm, according to the Central Pollution Control Board.

Light rainfall and dust storm on Friday are likely to bring the mercury below 40 degrees Celsius.

“Usually, the capital witnesses heatwaves till June 20 and cooler temperatures thereafter. The increase in the maximum temperature this time can be attributed to the delay in the arrival of the monsoon,” said Kuldeep Srivastava, head of the IMD’s regional forecasting centre.

There has been no rainfall in the last few days and warm westerly winds are blowing across a major part of northwest India, which has not been covered by the monsoon yet, he said.

Conditions are predicted to become favourable for the advancement of monsoon into the region by July 7, according to the IMD.

After arriving two days late in Kerala, the monsoon raced across the country, covering eastern, central and adjoining northwest India seven to 10 days ahead of schedule.

The meteorological office had earlier predicted that the wind system may reach Delhi by June 15, which would have been 12 days early.

However, westerly winds have been blocking its advancement into Delhi, parts of Uttar Pradesh, Rajasthan, Punjab and Haryana.

The wind system is not likely to cover the remaining part of northwest India, including Delhi, Haryana, parts of west Uttar Pradesh, Punjab and west Rajasthan in the next six to seven days, the IMD said.

The last time the monsoon arrived so late in Delhi was on July 7 in 2012. 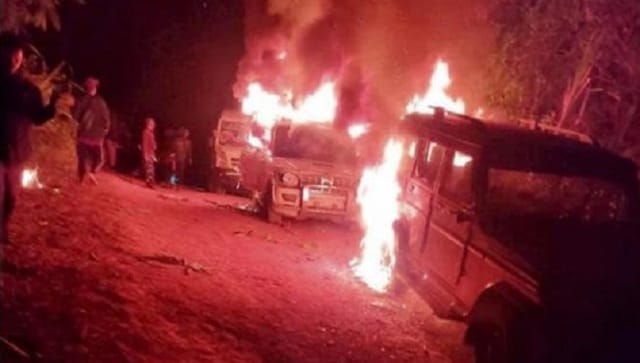