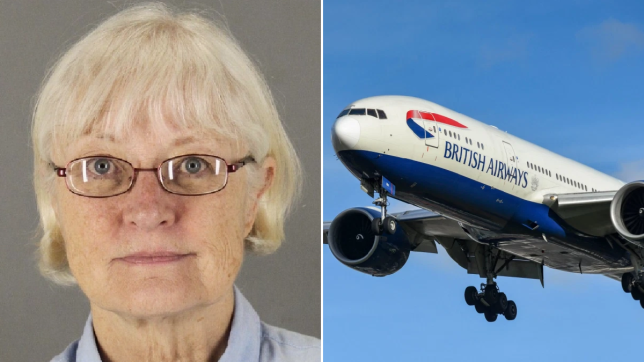 Marilyn Hartman, who has flown the world without a ticket, has shared the secrets of her scheme, which landed her in jail (Pictures: Cook County Sheriff’s Office/PA)

A notorious serial stowaway who successfully sneaked on 30 flights with no ticket has shared the secrets of her deception. Marilyn Hartman, 69, is convinced her unassuming but confident demeanor saw her waved through security and onto dozens of planes without a boarding pass.

Speaking from Cook County Jail in Chicago, Marilyn told CBS2 journalist Brad Edwards: ‘ I have never been able to board a plane by myself. I was always let through. I mean I was able to go through the security line without a boarding pass.

‘I got by them, this is the thing that is so crazy, by following someone they would be carrying like a blue bag. And the next thing I know, I get into the TSA line and TSA lets me through, and they think I’m with the guy with the blue bag.’

Marilyn’s trick of looking as if she was with someone else saw her illegally cross the world from 2002. She says her first flight was from Chicago to Copenhagen in Denmark. She also enjoyed a trip to Paris the same year courtesy of the unassuming airline who let her on one of its planes.

Astonishingly, Marilyn got away with her scheme until August 2014, when she was caught flying from San Jose in California to Las Vegas and arrested. A judge let her off with a slap on the wrist.

She is then said to have boarded a further eight flights afterwards, crisscrossing the United States, and even jetted to London in January 2018.

That adventure saw Marilyn board a $3,482 British Airways flight and successfully make it onto UK soil before being apprehended and charged. By then, Marilyn was well known among Transport Security Administration (TSA) workers who manned airport security.

They would radio each other with warnings of a ‘Marilyn sighting’, but she still managed to evade them to indulge in her illicit past time. Marilyn says she enjoyed her notoriety, explaining: ‘I don’t mind if people say “She’s a nut.” 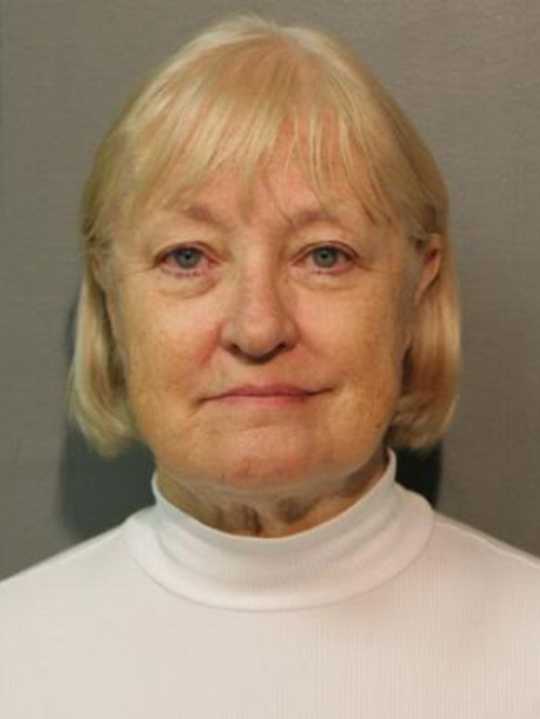 Marilyn was diagnosed with bipolar while in jail, and hopes treatment she has received will stop her from flying

‘Because when I look at it objectively, that’s how I see it is craziness. I purposely remained a mystery, because of the crazy factor. This makes it even crazier, you might want to reconsider everything. It was like something out of a movie. I don’t care at all if someone calls me crazy, I mean the story is crazy.’

Marilyn’s globetrotting finally came to an end in October 2019, when she was apprehended at Chicago’s O’Hare Airport.

The stowaway, already on probation after her London jaunt, was ordered held in custody by Judge Peggy Chiampas on charges of burglary, criminal trespassing and probation violation.

Marilyn spent 500 days in Cook County Jail, where she was diagnosed with bipolar disorder, and is now receiving treatment for her condition.

The stowaway is currently on bail, on an electronic tag, and is due back in court in the coming weeks.

Marilyn blames a tough childhood for her condition, and said of her childhood: ‘There was so much violence and mental illness in the household.’

She thinks her compulsive flying was a literal ‘flight’ response to a ‘fight or flight’ problem, and agrees with claims that her antics have made her a ‘fascinating’ person.

But Marilyn is now hopeful her bipolar treatment will stop her taking any more illegal flights – and also said sorry for her behavior.

Marilyn said: ‘I want the opportunity to apologize to the people I’ve hurt.’

He said the key to Marilyn’s success appeared to be her unassuming appearance, and the simplicity of her scheme, adding: ‘It’s the unsophisticated types of plans are often the most successful.’

The TSA has yet to comment on its failings with Marilyn, but Price says her illegal trips should be used as a training tool to help avoid future lapses.