A Scottish grandad died a hero while saving his grandchildren from being swept out to sea.

Jonathan Smith was on holiday in Crete with his family when tragedy struck.

The 61-year-old NHS worker selflessly jumped into the water when he realised his two grandsons were drifting away from the shore.

He managed to save both of them by pushing them towards the rocks in rough waters but was overcome by powerful waves himself.

Heartbroken son David told The Sun: ‘I loved my dad very much. He is my hero. I still can’t believe I’m never going to see him again after he left to go on his holidays. It’s an unexpected tragedy.’

Mr Smith, from Carluke in Scotland, had been on holiday with his wife and daughter, the children’s mum, and when they went for a swim near the village of Gouves.

The boys, aged ten and seven, were reportedly treated at hospital for minor injuries.

Antonis Farasarakis, a lifeguard, said that the sight of the grandfather when he finally managed to reach him was ‘just harrowing’. 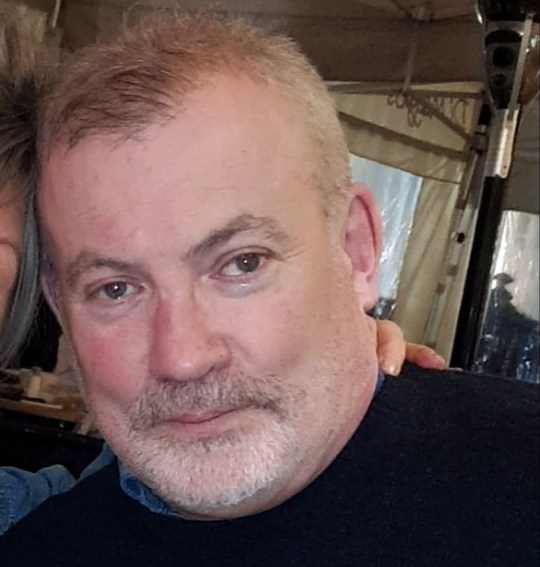 Lifeguards battled to rescue him from rough waters but couldn’t get to him in time (Picture: Enterprise News and Pictures)

He told The Times: ‘I still can’t think of it, because when I finally reached him against the rocks, he was badly injured.

‘I am in shock. I don’t want to think or talk about it. But at least he managed to help save his grandsons.’

Mr Smith David had a passion for the outdoors, walking, cycling and photography, according to his sun.

The rugby league fan had only recently retired from North Lanarkshire Council and was working part-time for the health service.

His family have remained on the Greek island while they make arrangements for his body to be returned home.

Another witness told The Sun: ‘The weather has been bad the last few days and the sea rough but there has been a lifeguard on duty. He is very upset by what happened.

‘He tried his best to save the man but was unable to do so. I help run the watersports on the seafront and it all happened in front of me.

‘It was so sad to see but the grandfather was able to see his children saved.’

A Foreign Office spokesperson said: ‘We are supporting the family of a British man who died in Crete and are in contact with the Greek authorities.’