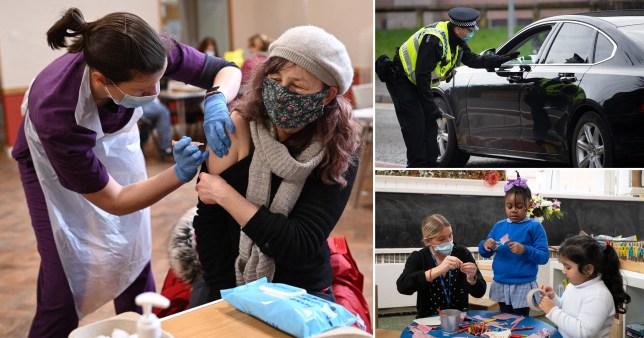 Scientists and ministers have defended the move to continue the rollout of the coronavirus vaccine by age rather than prioritising frontline professions.

Professor Sir Mark Walport, former chief scientific adviser to the Government, said the strategy ‘made sense’ as it maximised the number of jabs on a basis of the most vulnerable.

His comments come after unions said teachers have been left ‘disappointed’ and police ‘scared and betrayed’ over a decision not to prioritise them for a vaccine.

Sir Mark said an age-related rollout ‘fits with where people get the worst disease and are at higher risk of dying’.

He told BBC Breakfast: ‘The rollout is going in such an efficient way by doing it through the ages.’

‘Of course, there will be many teachers, many police, who are in the 40-50 age group and indeed who will have been immunised already. So, it does make sense.

‘It’s still the case that most of the vulnerability, including in those professions which mix with a lot of people, is still with the older members of those cohorts, and so this is a strategy that maximises the number of vaccines and does it on a basis of the most vulnerable.’ 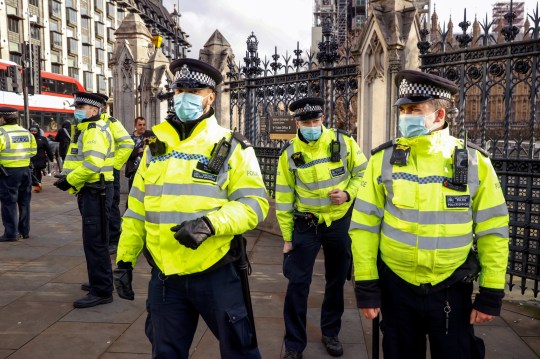 Police and teachers have been told they won’t be prioritised for the vaccine (Picture: Reuters)

The Police Federation of England and Wales’ national chair John Apter told Times Radio that the decision not to prioritise the profession was ‘very disappointing’.

He said: ‘The rug feels it’s been pulled from under us. It feels very disappointing. My colleagues feel let down.

‘I do feel the Home Secretary has let us down. I understand the reasons and I’ve had many conversations with the Home Secretary. I’ve always said we have a constructive relationship. That doesn’t mean we’re always going to agree.’

The aged-based strategy was also slammed as ‘absurd’ by Ken Marsh, from the Metropolitan Police Federation.

He said the nature of police work meant officers cannot guarantee social distancing, telling BBC News: ‘We have to be in people’s faces at times. We have to roll around with people at times. My colleagues are genuinely scared not getting the vaccination.’

Teaching unions also hit out at the aged-based policy.

Geoff Barton, general secretary of the Association of School and College Leaders (ASCL), said that vaccinating school staff against coronavirus would have given confidence to parents and young people about the reopening of schools.

He told BBC Breakfast that further loosening of lockdown measures were not going to go ahead unless the first phase of reopening of schools was successful.

Mr Barton added: ‘What we don’t want to do is get into some kind of arms race as to whether my job is more likely to lead to me dying than you – that’s really not what I’m saying.

‘I would just go back to my point – it is a national moment on which much depends.

‘You were talking earlier on about festivals, etc, happening in the summer – nothing is going to happen, including retail, unless we get this first phase correct.’ 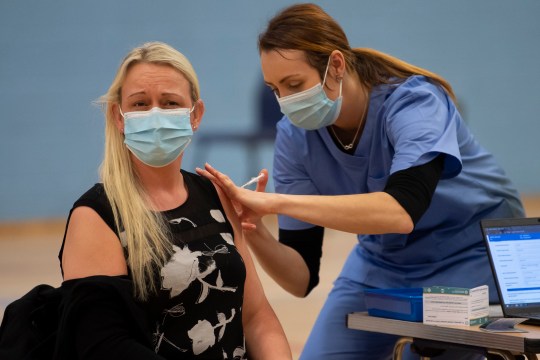 People in their 40s will be prioritised next for the vaccine (Picture: Getty)

The Joint Committee on Vaccination and Immunisation (JCVI) considered whether groups such as teachers and police officers should be vaccinated next, but concluded the most effective way to prevent deaths and hospital admissions was to carry on prioritising people by age.

This means that phase two of the vaccine rollout, which is expected to begin in April, will start with people aged 40 to 49 before moving on to younger age groups.

Professor Wei Shen Lim, Covid-19 chair for the JCVI, explained: ‘The vaccination programme is a huge success and continuing the age-based rollout will provide the greatest benefit in the shortest time, including to those in occupations at a higher risk of exposure.’

Health Secretary Matt Hancock has also defended plans for the next stage of the UK vaccination programme by arguing it was the ‘fastest and simplest way to roll out the jabs’.

He said the view of the Government and its advisers was that ‘the right thing to do, the moral thing to do, is to make sure that we save the most lives’. 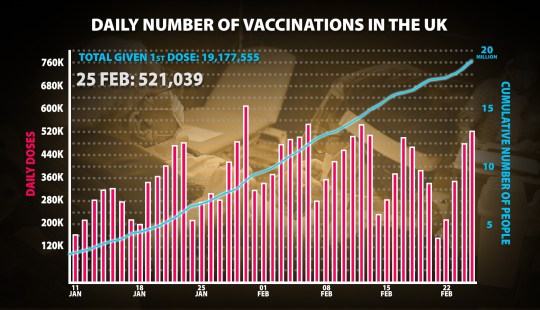 The number of people who’ve been vaccinated as of Feb 26th (Picture: Metro.co.uk)

Mr Hancock told a Downing Street briefing the JCVI had looked at clinical evidence on who is at highest risk of death and also how quickly jabs could get into people’s arms.

Asked specifically why teachers are not being prioritised, he said data showed that ‘thankfully teachers are no more likely to catch Covid than any other member of the population who goes to work.

‘Trying to come up with a scheme which prioritises one professional group over another would have been complicated to put in place and wouldn’t have done what we asked the JCVI to do, which I think is the right thing, which is to make sure we minimise the amount of people who die by using the vaccine,’ he added.

He said there ‘were quite a few areas of the UK that are burning quite hot’, including in the Midlands and spreading up to the west coast of England.

Prof Van-Tam urged those who have been vaccinated to stick to the rules, urging the public: ‘Do not wreck this now.

‘It is too early to relax,’ he added. ‘Just continue to maintain discipline and hang on just a few more months.’

It comes as new data from the Office for National Statistics (ONS) shows that around one in 145 people in private households in England had Covid-19 between February 13 and 19, down from about one in 115 the previous week.

Meanwhile, the coronavirus R value, which measures the rate of spread of the virus, is unchanged at between 0.6 and 0.9 across the UK.

Some 19 million people have now had a first dose of a Covid-19 vaccine, 35% of all adults in the UK.

et in touch with our news team by emailing us at webnews@metro.co.uk.