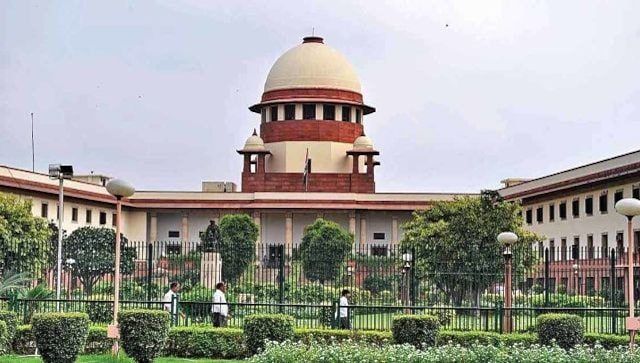 New Delhi: The Supreme Court on Friday issued show cause notice to the Secretary of Maharashtra legislative Assembly asking him to explain in two weeks why contempt proceedings should not be initiated against him for his letter to journalist Arnab Goswami. In the letter, he purportedly cautioned him against disclosing house notice to the top court.

The apex court, which also granted protection from arrest to the journalist in the Maharashtra Assembly breach of privilege motion case, took strong note of 13 October letter of the Assembly Aecretary and said he has prima facie committed its contempt.

A bench headed by Chief Justice SA Bobde expressed anger when senior lawyer Harish Salve, appearing for Goswami, referred to the contents of the letter.

The bench said it was “surprised” that the officer in question has written such a letter which stated that the Assembly proceedings were confidential and should not have been disclosed.

“The intention of the author of the letter seems to be to intimidate the petitioner because he approached this court and to threaten him with a penalty for doing so,” said the bench, also comprising Justices AS Bopanna and V Ramasubramanian, during the proceedings held through video conferencing.

“We therefore issue notice to respondent no.2 (assembly secretary) to show cause why he should not be punished for contempt of court in exercise of power under Article 129 of the Constitution of India,” it ordered.

Referring to the writing of the letter, the top court said the Assembly secretary “would have been well advised to understand that the right to approach this court under Article 32 of the Constitution of India is itself a fundamental right.”

It said there was no doubt that if a citizen is deterred in any way from approaching this court in the exercise of his right under Article 32, it would “amount to serious interference in the administration of justice in the country.”

The top court took strong note of the fact that the Assembly secretary, who was served with Goswami’s plea, chose to write the letter to the journalist cautioning him against disclosing the house notice to the top court instead of putting an appearance.

“We find that though respondent has been served… instead of entering appearance they have issued a letter in question to the petitioner,” the bench said.

The top court, in its order, also noted that senior lawyer AM Singhvi, appearing for Maharashtra, expressed his inability to “explain or justify the contents” of the letter of assembly secretary to Goswami.

It also appointed senior advocate Arvind Datar as an amicus curiae to assist it in the case.

The top court was hearing the plea by Goswami against the show cause notice by the Maharashtra Legislative Assembly for initiation of breach of privilege motion against him for reportage related to the case of actor Sushant Singh Rajput’s death.

The show cause notice has been issued to Goswami for making certain remarks against Maharashtra chief minister Uddhav Thackrey in his news debates on Rajput’s case. The top court was earlier informed by Goswami’s counsel that it cannot be construed as a breach of privilege.

In its order, the bench had said, “There is nothing wrong in summoning by the Assembly but if any action is taken by the privilege committee then you can challenge it.”

Goswami’s counsel had earlier told the bench that the journalist has not interfered with either the proceedings of any of the committees of the Assembly or the Assembly itself.

Rajput, 34, was found hanging from the ceiling of his apartment in suburban Bandra in Mumbai on 14 June. The CBI is probing the case.