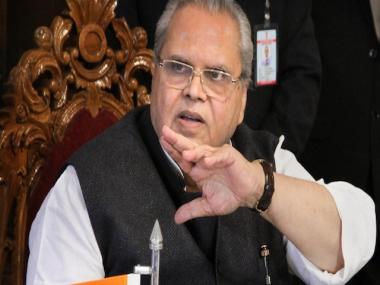 Malik was first elected to the Rajya Sabha, representing the Lok Dal in 1980. He later also served as a member of the Congress and BJP parties

Meghalaya Governor Satya Pal Malik on Sunday voiced support for the ongoing farmers’ protest at a gathering in Uttar Pradesh Baghpat, cautioning the Centre against pressuring farmers to leave the agitation sites on Delhi’s borders.

Malik said farmers will not leave protest venues if they are pressurised or insulted and even if they do, they will not forget it for the “next 300 years”. Citing the example of Operation Blue Star, he further said, “If this stretches for long, I don’t know how many of you know, but I know Sikhs. Indira Gandhi held a Mahamrityunjya yajna at her farmhouse for a month after (operation) Blue Star. Arun Nehru told me that he asked her why she was getting into these things she didn’t believe. She told him that she broke the Akal Takht and they (Sikhs) would not spare her. She had that premonition.”

Mailk, who has been transferred to serve as Governor in three states within a span of two years, said he was advised by people to stay quiet on the farmers’ issue, but it is his “habit to speak up”. During his tenure in different states, he often grabbed eyeballs for his statements, with his tenure in Jammu and Kashmir being marred by controversies.

Among Malik’s controversial statements from his tenure in Jammu and Kashmir, he claimed he had not received a letter from PDP chief Mehbooba Mufti staking claim to form a government with Omar Abdullah’s National Conference in 2018, a lapse he later blamed on the fax machine in Raj Bhavan.

Later that year, Malik had raised eyebrows when he named the person who would be the mayor of Srinagar, even before the civic polls got over. He was quoted as saying by NDTV that as per his information, Srinagar would get a new mayor who is a foreign-educated young person and if this leader emerges, both parties (a reference to the PDP and NC) are jittery. (sic).”

He had also courted ire when he said at an event in Srinagar that terrorists should target those who looted the state’s wealth rather than innocent people. “Why are you (terrorists) killing innocents? Why are you killing SDOs and PSOs? What will you gain by this? If you have to kill, why don’t you kill the corrupt who have looted the country and Kashmir for so long? Has anybody of them ever died?” he had said.

Early in 2019, Malik had said Mufti “should not be taken seriously” after she demanded action against an Army officer who allegedly tortured and threatened to kill a man from Pulwama in an encounter. Political parties also accused him of considering changes to the legislation governing permanent resident certificates (PRCs) in the state, according to News18.

He had alleged in May last year that Abdullah and Mufti succumbed to Pakistan’s pressure, inviting the NC leader’s ire, who said the Governor “hid behind walls of Raj Bhavan and saved himself from defamation suits”.

Months earlier, during his term in Goa, he had said that anyone who is appointed the Governor of Jammu and Kashmir usually has no work other than “playing golf and drinking alcohol”.

Two months after Article 370 was scrapped in August 2019, he was moved to Goa. Before Jammu and Kashmir, he served a one-year term as Governor of Bihar in 2017. By August 2020, he was again transferred to Meghalaya.

At the swearing-in ceremony held at the Raj Bhavan in Panaji, Malik had called Jammu and Kashmir “a problematic place” that he had dealt with successfully.