Reclaim These Streets have accused the Metropolitan Police of breaching human rights to freedom of speech and assembly by banning the vigil in March last year (Pictures: PA/ Rex)

The organisers of a vigil for Sarah Everard are bringing a legal challenge against the Metropolitan Police after they ‘robbed’ women of their chance to come together in solidarity.

The four women behind the vigil were forced to withdraw it at the last minute after police warned them it would be an illegal gathering under the Covid rules and threatened them each with £10,000 fines.

At a hearing today, lawyers for RTS will argue the police force breached their human rights for freedom of speech and assembly.

RTS co-founder Anna Birley told Metro.co.uk the High Court case could set an important precedent around protests, which would provide protection to those looking to defend women’s safety.

She said: ‘Our experience is that the Metropolitan Police used Covid-19 regulations to say all gatherings were unlawful at the time.

‘We feel they should have taken into account whether we had a reasonable excuse for the vigil in March. That is what we are challenging.

A vigil at Clapham Common did take place but officers descended on the crowd, trampling candles and flowers, and ‘manhandling’ women (Picture: Getty) 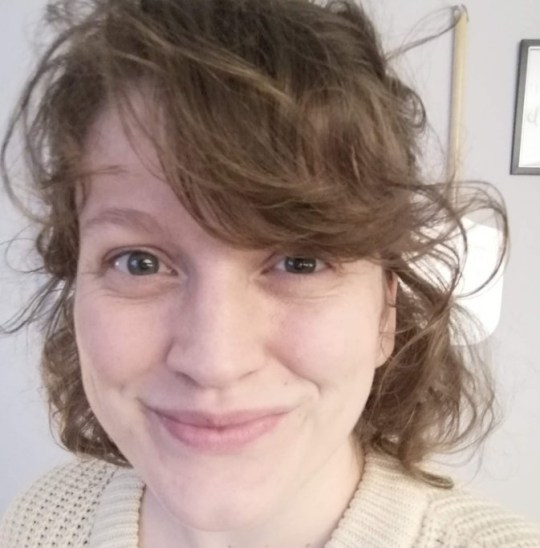 ‘We are saying the fact there is a reasonable excuse means there is a necessity to weigh up the circumstances, and that our human rights should absolutely be protected at all times.

‘At the moment, it is particularly pertinent because the Police, Crime, Sentencing and Courts Bill, which is being debated at the moment, proposes a lot of power to curb the right to protest.’

After the Met banned the vigil, organisers brought an urgent court application seeking clarification that gathering for the purpose of protest was not illegal under Covid laws.

Despite apparently accepting this position in court, the force refused to change tack. 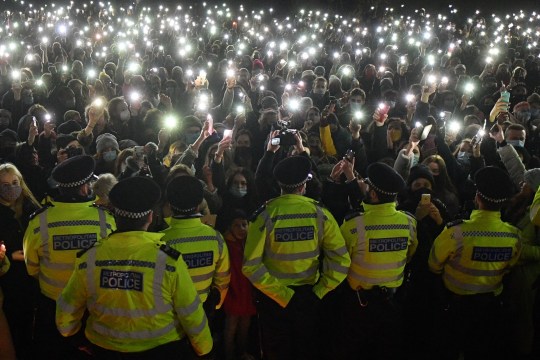 The Metropolitan Police were initially contacted to help the group facilitate a peaceful protest (Picture: AFP) 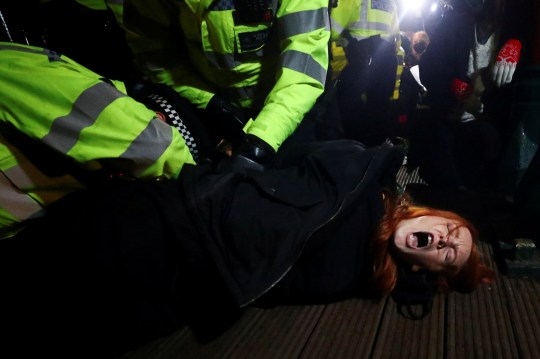 Patsy Stevenson was one of the women detained at the vigil in memory of Sarah Everard (Picture: Reuters)

A spontaneous event did eventually take place on March 13, not far from the road where Sarah was last seen.

But officers descended on the crowd, trampling candles and flowers, and ‘manhandling’ women.

A central part of RTS’ argument is that people do not need to apply to protest in the UK as long as participants do not obstruct traffic.

Instead of a moving march, the group chose to organise a stationary event, so they would not need permission.

Ms Birley said they still contacted the police and offered to work together towards a peaceful protest, and ensure the safety of those attending.

The Labour councillor for Lambeth said: ‘The Metropolitan Police had a chance to demonstrate that they stand in solidarity with us.

‘We finally cancelled because we were not sure women would not be targeted.

‘But we have all seen the pictures of officers policing the event in a very heavy-handed manner and manhandling young women.’

A report by Her Majesty’s Inspectorate of Constabulary and Fire and Rescue Services concluded the police ‘acted appropriately’ when dealing with the event.

However, it also stated it was a ‘public relations disaster’ and described some statements made by members of the force as ‘tone deaf’.

A spokesperson for the Metropolitan Police insisted they do not believe their approach was founded on ‘an inaccurate interpretation’ of lockdown regulations.

Commenting on the High Court case, they said: ‘The claim relates to discussions between the claimants and officers in the days prior to the proposed vigil about the impact of the restrictions imposed by the Health Protection Regulations.

‘The Met was unable to give an advance assurance to the claimants that their involvement in organising the vigil would not put them at risk of enforcement action during, or subsequent to, that event.’

The two judges assigned to the case are expected to announce their ruling in February.