The man accused of stabbing Sir Salman Rushdie has said he is ‘surprised’ to hear the renowned author is alive in an interview from jail.

Hadi Matar, 24, described the novelist as ‘someone who attacked Islam’, but would not comment on claims he was inspired by a fatwa calling for his death issued by Iran.

He went on to reveal he has only read ‘like two pages’ of the The Satanic Verses – Sir Salman’s book that is considered blasphemous by some Muslims.

The suspect has pleaded not guilty to charges of attempted murder and assault. He is due to appear in court again on Friday.

Speaking to the New York Post from Chautauqua County Jail in New York, he said: ‘When I heard he survived, I was surprised, I guess.’

Matar said he had planned to go to the lecture at the Chautauqua Institution after seeing a tweet announcing Sir Salman’s appearance.

‘He’s someone who attacked Islam, he attacked their beliefs, the belief systems.’ 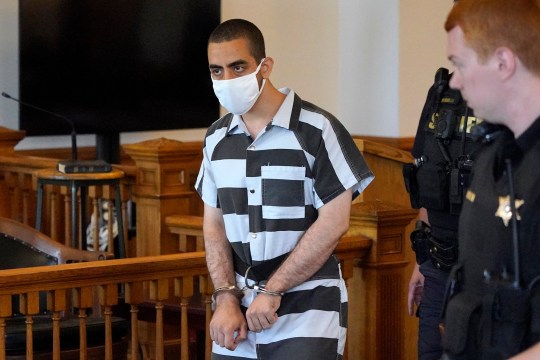 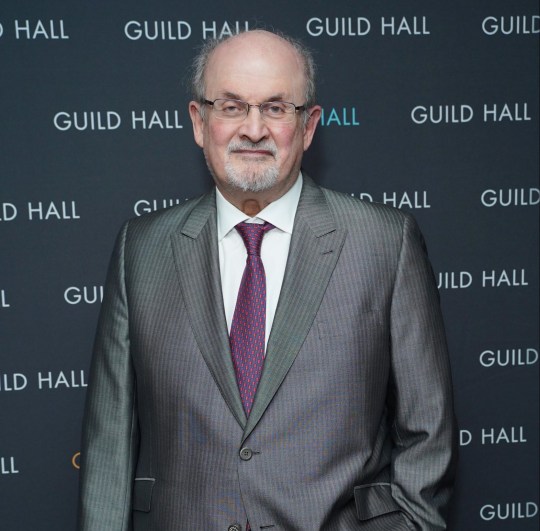 He went onto praise former Iranian leader Ayatollah Ruhollah Khomeini – who issued the fatwa in 1989 – as ‘a great person’.

Confirming that he ‘respects him’, he added: ‘That’s as far as I will say about that.’

Sir Salman suffered a damaged liver and severed nerves in an arm and an eye after the attack in New York on Friday.

The Booker Prize winner is now breathing without the help of a ventilator.

His son has said ‘his usual feisty & defiant sense of humour remains intact’.

It comes after the interviewer who sat on stage alongside Sir Salman as he was brutally attacked recalled the shocking moment.

Henry Reese, who suffered facial injuries in the incident, said he is concerned for the author and ‘what he means in the world’.

He added: ‘Our mission is to protect writers who are in sanctuary and to see Salman Rushdie assaulted for his life is unimaginably… it’s hard to describe what it is to see that happen in front of you.’