Mr Hancock stepped down on Saturday evening after video footage emerged of him kissing an aide in his ministerial office in a breach of coronavirus restrictions.

He had been under increasing pressure to quit, with Conservative MPs beginning to break ranks to call for him to go. Veteran Tory Sir Christopher Chope said his constituents were ‘seething’.

In a letter to Boris Johnson Mr Hancock said: ‘The last thing I would want is for my private life to distract attention from the single-minded focus that is leading us out of this crisis.

‘I want to reiterate my apology for breaking the guidance, and apologise to my family and loved ones for putting them through this. I also need to be with my children at this time.’

In a video posted on Twitter, Mr Hancock said: ‘I understand the enormous sacrifices that everybody in this country has made, you have made. And those of us who make these rules have got to stick by them and that’s why I’ve got to resign.’

A statement from 10 Downing Street released around 90 minutes later said: ‘The Queen has been pleased to approve the appointment of the Rt Hon Sajid Javid MP as Secretary of State for Health and Social Care.’

Mr Johnson had refused to sack Mr Hancock, with his spokesman saying the PM considered the matter closed after receiving the West Suffolk MP’s apology on Friday.

Labour leader Sir Keir Starmer tweeted: ‘Matt Hancock is right to resign. But Boris Johnson should have sacked him.’

Shadow health secretary Jonathan Ashworth said: ‘It is right that Matt Hancock has resigned. But why didn’t Boris Johnson have the guts to sack him and why did he say the matter was closed?

‘Boris Johnson has demonstrated that he has none of the leadership qualities required of a Prime Minister.’

Liberal Democrats’ leader Sir Ed Davey tweeted: ‘Matt Hancock’s legacy as Health Secretary will be one of cronyism and failure.

‘And the fact that Boris Johnson thought Hancock could just carry on regardless brings the Prime Minister’s judgement into question once again.’ 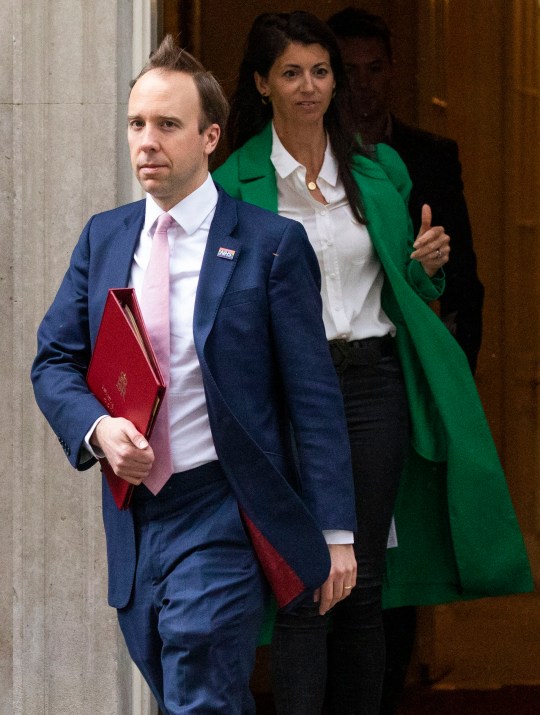 Mr Hancock’s three-year tenure as health secretary came to an end after The Sun newspaper published stills of what appeared to be CCTV footage from inside his ministerial office of him kissing aide Gina Coladangelo.

Ms Coladangelo, a friend from Mr Hancock’s days at Oxford University, was brought into DHSC as an unpaid adviser last year before being given the £15,000-a-year role of non-executive director in the department.

Legislation in place at the time said that ‘no person may participate in a gathering’ that ‘consists of two or more people… and takes place indoors’.

An exception to this rule was that the gathering was ‘reasonably necessary for work purposes or for the provision of voluntary or charitable services’.

Tory MPs and ministers will also have been eyeing the by-election in Batley and Spen next week.

Christchurch MP Sir Christopher told the BBC the impact on the West Yorkshire vote was on his mind.

Labour MP for Halifax, Holly Lynch, had been preparing to write an open letter to Conservative MPs and the Tory candidate in the election, Ryan Stephenson, challenging them to tell Mr Hancock to resign.

Before he did, Sir Christopher told Radio 4’s PM programme: ‘Of course I feel that. And that’s another reason why I think that the sooner he goes the better, because otherwise the last few days of the campaign are going to be dominated by this issue and it’s obviously not going to be very helpful for the Conservatives.’

You can now also get Metro.co.uk articles sent straight to your device. Sign up for our daily push alerts here. 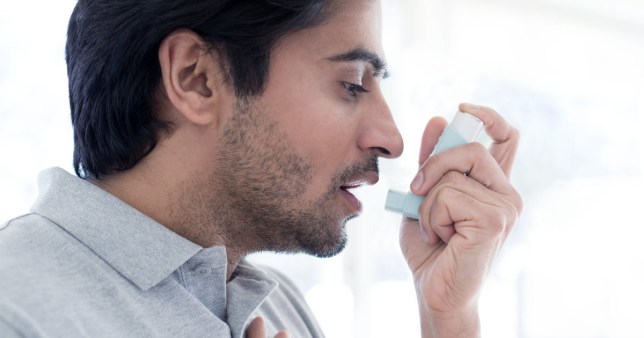