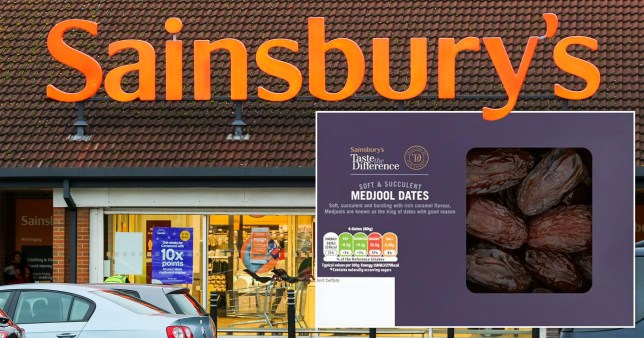 Customers need to check the packets of their dried fruits immediately in case they have to return them (Picture: Sainsbury’s / REX)

Sainsbury’s has issued an urgent recall of certain packs of its Medjool dates over fears they may have been contaminated with Hepatitis A.

The dried fruits, which are in the supermarket’s Taste The Difference range, have the code K0014 EW on the label.

Customers who purchased packs with this specific code on are asked not to eat them, and to return them to their nearest Sainsbury’s store for a refund.

A statement from the supermarket said: ‘It has been brought to our attention that packs of Taste the Difference Medjool Dates 200g and 500g with a supplier/site code of K0014 EW may be contaminated with Hepatitis A.

‘We are asking customers who have purchased these products with this specific supplier code not to eat them and to return them to their nearest Sainsbury’s store for a full refund when they next visit for groceries and other essentials.

‘No other products have been affected by this issue. We would like to apologise for the inconvenience this may cause.’

Concerns have been raised by Muslims as the dates are popular among those observing the holy month of Ramadan.

The dates are traditionally eaten to break a fast, as suggested by the Prophet Muhammad in religious teachings. 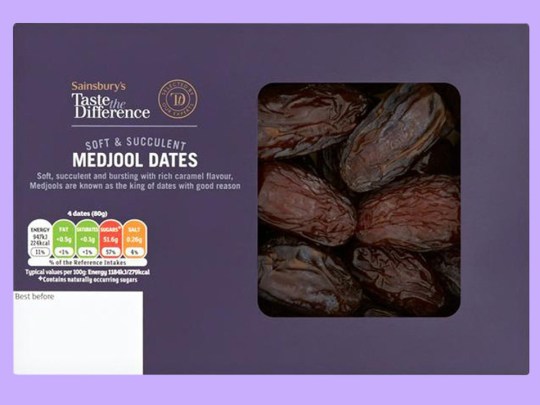 The dried fruits, which are in the supermarket’s Taste The Difference range, have the code K0014 EW on the label (Picture: Sainsbury’s)

If you’ve recently bought Medjool dates from Sainsbury’s the supermarket chain has recalled the dates for having Hepatitis A #CheckTheLabel this #Ramadan & remember the Palestinian people & those who are oppressed around the world in your duas.https://t.co/puNwvoC90c

The Muslim Association of Britain tweeted: ‘Check the label this Ramada and remember the Palestinian people and those who are oppressed around the world in your duas (prayers).’

The symptoms of Hepatitis A usually include fever, nausea, abdominal cramps, diarrhoea, dark-coloured urine and jaundice – a yellowing of the skin.

It is not usually serious and most people who contract it recover quickly.

In rare cases, it can be deadly as it can cause liver failure, but a vaccine is available for those at high risk of infection.