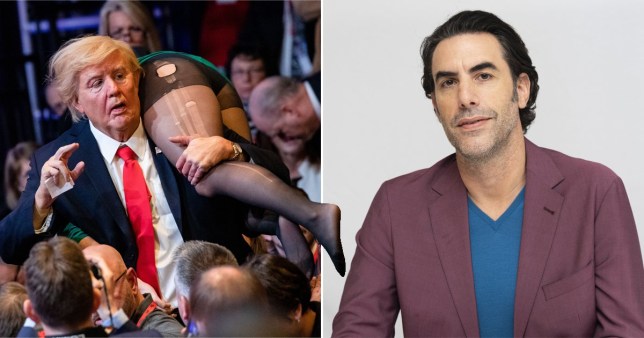 Sacha has revealed how he managed to sneak into a Mike Pence speech (Picture: Rex)

Sacha Baron Cohen has revealed how he managed to sneak into a Mike Pence speech during a rally earlier this year while filming a scene for the upcoming Borat sequel.

The actor, believe it or not, managed to disguise himself as none other than President Donald Trump in order to gain access into the speech, which will be seen by viewers in the new film.

In an interview with the New York Times, Sacha recalled security were required to ‘check everyone’s bodies going through’, leaving him wondering how he would be able to pull the stunt off.

He told the publication: ‘Bear in mind, I spent five hours in makeup that morning with the prosthetic team changing my face into Trump’s face.

‘This fat suit is huge. It’s a 56-inch fat suit to turn my waist into Trump’s because we had estimated that was the most realistic.’

The comedian had to improvise after the security guard’s wand began beeping, claiming that his defibrillator caused it to go off.

He continued: ‘Then I ended up hiding in the bathroom listening to conservative men go to the toilet for five hours until I broke into the room. We were surrounded by Secret Service and police and internal security.’ 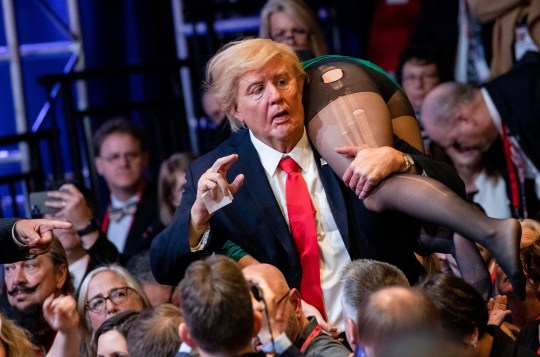 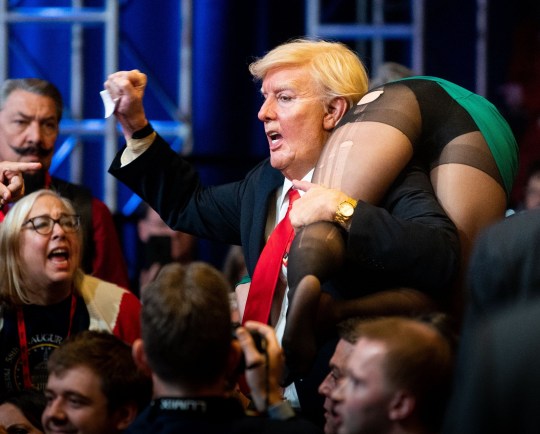 Sacha notably carried a woman around his shoulders (Picture: Rex)

Sacha, 49, did not go into further detail about the event, although it was notably caught on camera by photographers at the time.

It was reported in February that a Trump impersonator had interrupted Pence’s speech at the Conservative Political Action Conference Hall in Oxon Hill, Maryland, around 10 minutes after it had begun.

The person was then escorted from the premises, and no charges were filed against them.

Pictures from the rally also show Sacha, dressed as Trump, who can be seen gesticulating with a woman. 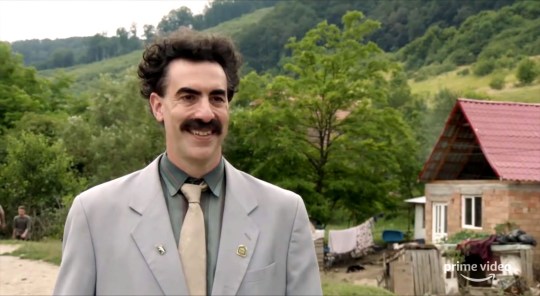 The new Borat sequel will be released this month (Picture: Amazon Prime)

The New York Times have stated that the woman in question was an actress playing the daughter of Borat, Sacha’s character in the film.

This exact moment can also be seen in the official trailer for the sequel, as Sacha carries the woman over his shoulders.

Sacha also told the outlet that he was adamant on releasing the upcoming movie – Borat Subsequent Moviefilm: Delivery Of Prodigious Bribe To American Regime For Mike Benefit Once Glorious Nation Of Kazakhstan – prior to the upcoming Presidential Election, despite concern from many streaming services.

‘If you’re a woman and you don’t vote against this guy, then know what you’re doing for your gender.’

Ultimately, Borat 2 has been picked up by Amazon Prime, and is scheduled to be released on October 23.