The Group of Seven wealthy nations rolled out a plan to cap the price of Russian oil on global markets, committing to a novel sanctions design aimed at limiting Russia’s revenue from oil sales as its invasion of Ukraine grinds on.

The finance ministers of the G-7 said they would move to ban the insurance and financing of shipments of Russian oil and petroleum products unless they are sold under a set price cap.

With the plan, the U.S. and its allies are hoping to leverage their control over the financing and insurance of global shipping to force Russia to comply with the cap or face the possibility of being unable to ship its oil. Over 90% of the world’s ships are insured through a London-based association of insurers, according to Bruegel, a Brussels-based think tank.

The announcement didn’t include several key details, including the level at which the price cap would be set. The G-7 ministers said they would consult with international partners about where to set the cap, with the possibility of changing the cap level over time.

The ultimate design will include three price caps, with one set for Russian crude and two sets for Russian petroleum products, according to a senior Treasury official.

Should there be a price cap on Russian oil? Why or why not? Join the conversation below.

The plan seeks to resolve a dilemma that has so far confounded Western attempts to penalize Russia for its invasion of Ukraine: how to cut off Russia’s revenue without reducing global oil supply and raising prices. Inflation is already running at the highest levels in decades, posing a major economic and political problem for governments across the West.

“This price cap is one of the most powerful tools we have to fight inflation and protect workers and businesses in the United States and globally from future price spikes caused by global disruptions,” Treasury Secretary

The price cap would soften the European Union’s plan for a total ban on insuring and financing shipments of Russian oil, which is set to go into effect on Dec. 5 for crude and Feb. 5 for refined products. Ms. Yellen has warned for months that the EU’s ban could take large volumes of Russian oil off global markets, driving up prices and causing a global recession.

Those concerns fueled the creation of the price-cap proposal, which would allow firms in the EU to finance and insure Russian oil as long as it is sold below the price cap. G-7 officials are aiming to finalize the price cap and put it in place before Dec. 5.

At the center of the plan is the assumption that Russia would choose to sell its oil at a reduced price rather than risk selling far less oil, possibly damaging its long-term production capacity. Russian officials have repeatedly said in recent days that they would refuse to sell oil under the cap, which U.S. officials believe is a bluff.

A gas station in Mumbai. The price-cap effort will rely on other buyers of Russian oil, such as India, to comply with the plan.

said on Friday that Russia would respond to the price cap by selling its oil “in alternative directions to those countries that operate under market conditions.”

Russia has shown a willingness to throttle access to energy during the war. Russia has sharply reduced gas shipments to Europe, citing technical issues and sanctions. European officials say Moscow is using gas as a weapon. European nations are racing to fill up gas stores to avoid a shortage this winter.

said on Friday that the EU could seek to introduce a separate price cap that would target natural gas.

“I firmly believe that it is now time for a price cap on Russian pipeline gas exported to Europe,” Ms. von der Leyen said in Germany.

Another central challenge in the oil-price cap plan is convincing other countries to agree to subscribe to the U.S.-led sanctions against Russia. Many Western countries have themselves banned the import of Russian oil, meaning the price-cap effort will rely on other buyers of Russian oil to comply with the plan.

India and China are two major buyers of Russian oil that are unlikely to formally join the effort, and officials are hoping to convince other buyers such as Turkey to sign on. European officials have sought to win broader international approval before moving ahead with the plan. U.S. officials have said even a small coalition will help drive down the price of Russian oil, while attempts to circumvent the Western services system will only cut into Russia’s margins for the sales.

“Russia may try and find alternative ways to move their [oil] but those ways are all going to be far more expensive than the tried and true ways that the vast majority of global seaborne oil is sold,” Deputy Treasury Secretary

said in an interview.

“Ultimately, regardless of how they do it, it will be meeting our goal of reducing their revenues while permitting Russian supply to get on the market to reduce the chance that we have a spike in energy prices,” Mr. Adeyemo added.

In their statement, the G-7 ministers said they hoped to establish as broad of a coalition as possible. 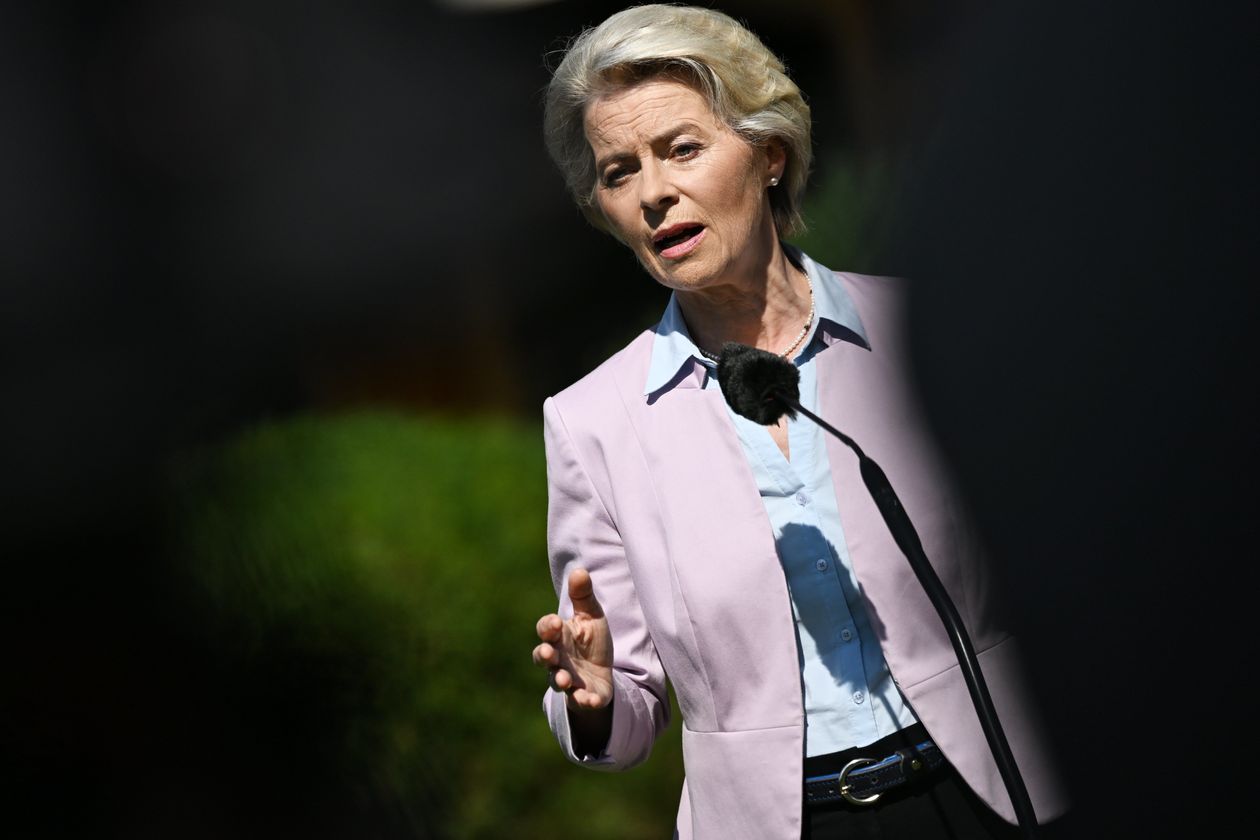 “We seek to establish a broad coalition in order to maximize effectiveness and urge all countries that still seek to import Russian oil and petroleum products to commit to doing so only at prices at or below the price cap,” the group said.

The insurers, bankers and traders who would be central to implementing the plan have been skeptical of its feasibility, with some saying it could be difficult to verify the price at which Russian oil is sold. U.S. officials have discussed requiring buyers to attest that they will comply with the price cap when they receive letters of credit from banks, according to people familiar with the talks.

The G-7 ministers said they would try and set up a compliance system that was consistent across their jurisdictions.

“In implementation, we would aim to limit possibilities for circumventing the price cap regime, while at the same time minimizing the administrative burden for market participants,” they wrote.

The plan will also require the unanimous support of the EU’s 27 members, a process that some European officials expect could be arduous within the bloc. Approving the original sanctions on Russian oil this year was a prolonged effort.

—Kim Mackrael contributed to this article.