The jets were in European airspace for one minute before they were intercepted (Pictures: AP)

Russian fighter jets were carrying nuclear weapons when they flew over Europe earlier this month, according to Swedish media.

They flew over the Baltic towards the island of Gotland before they were intercepted by Swedish jets.

The planes took off from an airbase in Kaliningrad, Russia, and were pictured in European airspace – where they stayed for one minute.

Now, reports have come out saying the Su-24 bombers were carrying nuclear weapons.

Although Sweden’s military previously confirmed the interception, it is yet to comment on the claims published by TV4, Expressen and Aftonbladet.

At the time, Sweden’s defence minister Peter Hultqvist said: ‘The Russian violation of Swedish airspace is of course completely unacceptable.

‘It will lead to a firm diplomatic response from Sweden. Swedish sovereignty and territory must always be respected.’ 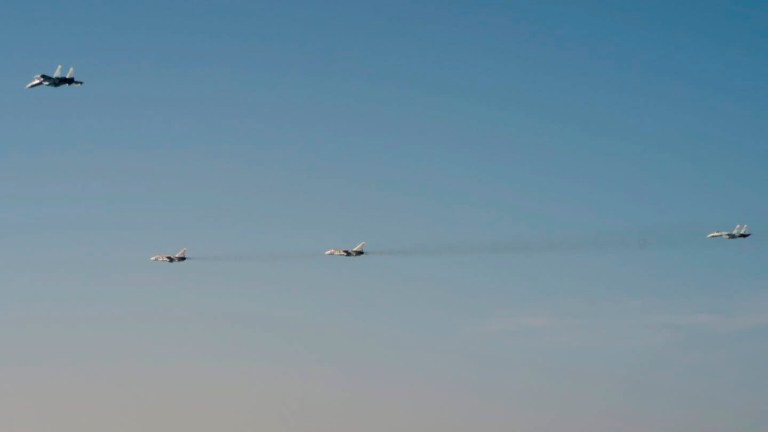 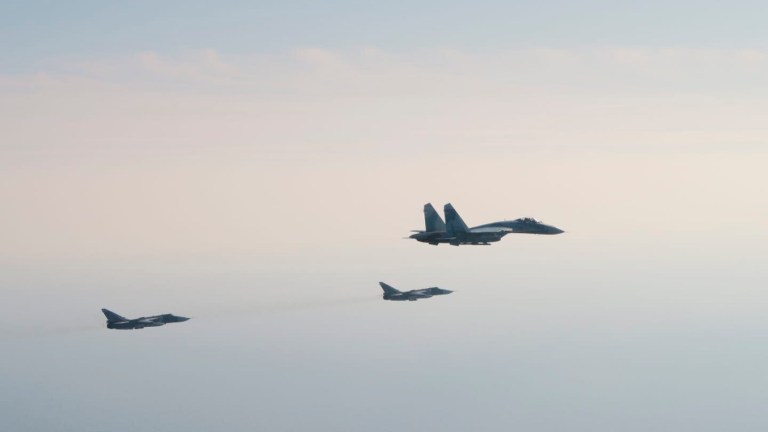 It was the two Su-24 bombers that were supposedly carrying nuclear weapons (Picture: AP)

Similarly, Air Force Chief Carl-Johan Edström said: ‘This is an unprofessional and irresponsible action on the part of Russia.’

Sources told TV4 the move was thought to be a deliberate attempt to intimidate Sweden and flex Russia’s muscles.

The Kremlin has threatened to use nuclear weapons on the West at least twice, most recently in a demand for Nato to stay out of Ukraine.

Military expert colonel Yury Knutov told the state-owned channel 1 at the time: ‘If there are any sane people left in Nato, they will not approve [a peacekeeping] operation [in Ukraine].

‘Why? Because [a collective] Nato decision will mean a de facto declaration of war on Russia.

‘To win this war, whether we like it or not, we will have to use tactical nuclear weapons in the theatre of operations.’

But now the tables seem, as Vladimir Putin and his inner circle are reportedly hiding in nuclear bunkers.

Meanwhile, Ukraine claims it has started taking some of its occupied land back, including the suburb Irpin – on the outskirts of Kyiv.

This potentially marks a major breakthrough for the country’s counteroffensive. An unnamed Ukrainian soldier said: ‘We are pushing them back slowly but steadily.

‘I think their morale dropped. Most of them already understood that they made a huge mistake when they came here.’