ISTANBUL—Russia and Ukraine agreed Friday to resume exports of millions of tons of Ukrainian grain via the Black Sea for the first time since the Russian invasion, a deal aimed at freeing up vital supplies amid fears of a global food crisis.

The deal is the product of months of diplomacy led by the United Nations and Turkey, both of which are signatories to a pair of parallel agreements with Russia and Ukraine. It raises hopes that grain stocks could soon be shipped out from Ukrainian ports, after the war caused a worldwide surge in the cost of food, pushing tens of millions of people closer to starvation.

“Let there be no doubt—this is an agreement for the world,” said U.N. Secretary-General

who flew to Istanbul for the signing ceremony. “It will bring relief for developing countries on the edge of bankruptcy and the most vulnerable people on the edge of famine.”

The deal between the three Black Sea neighbors and the U.N. is in effect for a period of 120 days, which can be renewed, a senior U.N. official said. The aim is for Ukraine to export about 5 million tons of grain a month, the equivalent of its prewar level, the official noted.

But implementing the deal could prove difficult since it calls for ships to navigate minefields in the Black Sea. Both Russia and Ukraine have laid sea mines that pose a hazard to the movement of any ships in the area.

Millions of tons of Ukrainian grain have been trapped as a result of the Russian invasion.


Under the agreement, a joint coordination center will be established in Istanbul staffed by officials, including military personnel, from all four parties. These officials would be required to check ships heading toward Ukraine to ensure that they aren’t smuggling military supplies. Once the ships load grain at Odessa and other ports and leave Ukrainian waters, they are to sail along specific routes on their way to Turkey’s Bosporus, and then on to the rest of the world.

The agreement calls for commercial ships to navigate through Ukraine’s waters guided by Ukrainian pilots and possibly Ukrainian search-and-rescue vessels to help them avoid sea mines, the U.N. official said.

The plan calls for no further demining of Ukraine’s waters since military and U.N. experts involved in the talks agreed that wasn’t necessary, the official said. Ukraine has been reluctant to remove any of its sea mines to protect itself against further Russian naval attacks.

In case of any provocations from Russia there would be “an immediate military response,” said

a senior Ukrainian negotiator and adviser to the head of the presidential administration.

Naval officials and industry experts say it is hard to predict how shipping firms and freighter crews will react to a new path through sea mines in an active war zone. U.S. officials are cautiously optimistic that the new arrangement will work—if Ukraine and Russia work effectively to carry it out.

“If there’s full implementation of this arrangement, we do think that both insurance and ships will be available,” said Amb. Jim O’Brien, the State Department’s coordinator of sanctions policy. “Our focus is on the agreement being implemented fully.”

Ukraine informed the U.N. that it would need about 10 days to prepare its ports to fully resume grain exports, U.N. officials said Friday.

“I think we’re talking about a few weeks before we see proper implementation of vessels going in and out, but it would not surprise me and I hope it won’t surprise you to see initial movement of ships going just to show that it can work,” a U.N. official said.

signed the agreement on behalf of Moscow, while Ukrainian Minister of Infrastructure

signed a separate document for his country. Turkish Defense Minister 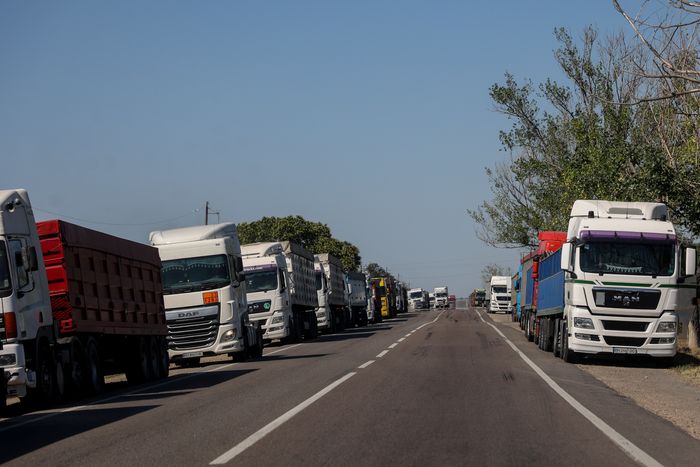 Trucks wait to load grain onto barges near the Danube river in Ukraine’s Odessa region.

also attended the signing ceremony, telling the assembled military officials and diplomats, “We will contribute to preventing the danger of famine that billions are facing all over the world.”

The officials signed the documents at a broad table with a white tablecloth in Istanbul’s Dolmabahce Palace, a stone 19th century Ottoman building on the banks of the Bosporus.

Mr. Erdogan has sought to position Turkey as a neutral arbiter in the war, selling arms to Ukraine while maintaining relations with Russia and attempting to broker peace talks between the two. By playing both sides of the crisis, Mr. Erdogan has also used hard-nosed diplomacy to assert his influence on the world stage and advance Turkey’s own interests.

The grain deal could help ease economic tensions within Turkey, where rising food prices have undermined his support and threatened his hold on power.

A separate parallel aspect of the agreement will facilitate the export of Russian food products and fertilizer needed to help sustain agriculture around the world.

As part of the U.N. framework, Washington is expected to help pave the way for exports of Russian grain and fertilizer, giving the U.S. a chance to counter Russian claims that Western sanctions are blocking food and fertilizer sales.

The U.S. Treasury Department this month provided “simple, straightforward guidance” to show that grain buyers, banks and insurers can purchase Russian grain, a U.S. official said. In some cases that means not using the SWIFT financial messaging system to pay through a Russian bank but rather a different transfer system, Mr. O’Brien said.

in April, setting in motion months of diplomacy led by top U.N. officials assisted by Turkey and Mr. Erdogan, who personally spoke about the matter with both leaders, according to his office.

If the deal is successful, it will be a significant achievement for Mr. Guterres, who also helped broker humanitarian corridors for civilians leaving Mariupol.

“We welcome this deal, and we hope that it will help mitigate the crisis Russia has caused,”

the U.S. ambassador to the U.N., told reporters in New York. “We will be watching closely to make sure Russia follows through with any commitments it made.”

Wheat prices fell Friday ahead of the signing of the multilateral deal. Wheat futures that trade in Chicago fell 3.5% to $7.78 a bushel. Having surged to a record of $12.94 a bushel following Russia’s invasion of Ukraine, prices have tumbled back to preinvasion levels in recent weeks, as concerns about the global economy have grown and a deal has looked increasingly likely.

“This apparent agreement is not an indication of a normalization in Ukrainian export flows but certainly a step in the right direction for global food supplies,” said analysts at JPMorgan in a recent note to clients. 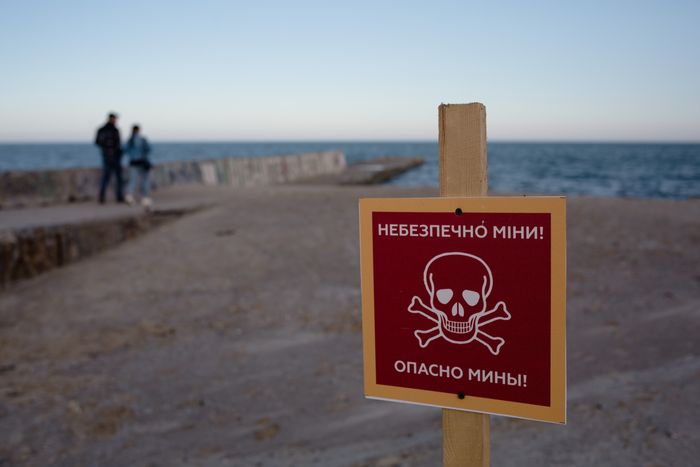 A sign warning people of sea mines on a beach in Odessa, Ukraine.

Ukraine has accelerated its exports of grain overland and via smaller ships leaving the Danube river into the Black Sea in recent weeks, with that maritime route opening up after Ukraine retook control of Snake Island, a small but strategic territory in the Black Sea. The country exported about 2 million metric tons of grain in June, according to the Ukrainian government, still well under the prewar level of about 5 million tons a month.

At stake in the agreements signed on Friday is the resumption of exports on larger ships that would normally leave from Odessa and other ports. Some 18 million tons of grain remained trapped in Ukraine as of July. Another 65 million tons are expected as a result of the country’s summer harvest, with limited space to store those crops.

If implemented, Friday’s agreement could provide relief to nations in the Middle East and North Africa, which are acutely dependent on wheat from Ukraine and Russia. Egypt, the world’s largest importer of wheat, gets more than 70% of its supplies from the two countries, as does Lebanon. Turkey gets over 80% from the two countries.

Officials expect it would help alleviate global concerns over food security, including for populous countries such as India and China that have sought to protect their own grain supplies, putting pressure on smaller countries.

“This deal would benefit China as much as it would benefit others, because they benefit from the wheat being put on the market,” Ms. Thomas-Greenfield said. “My assumption is, yes, they would be supportive.” 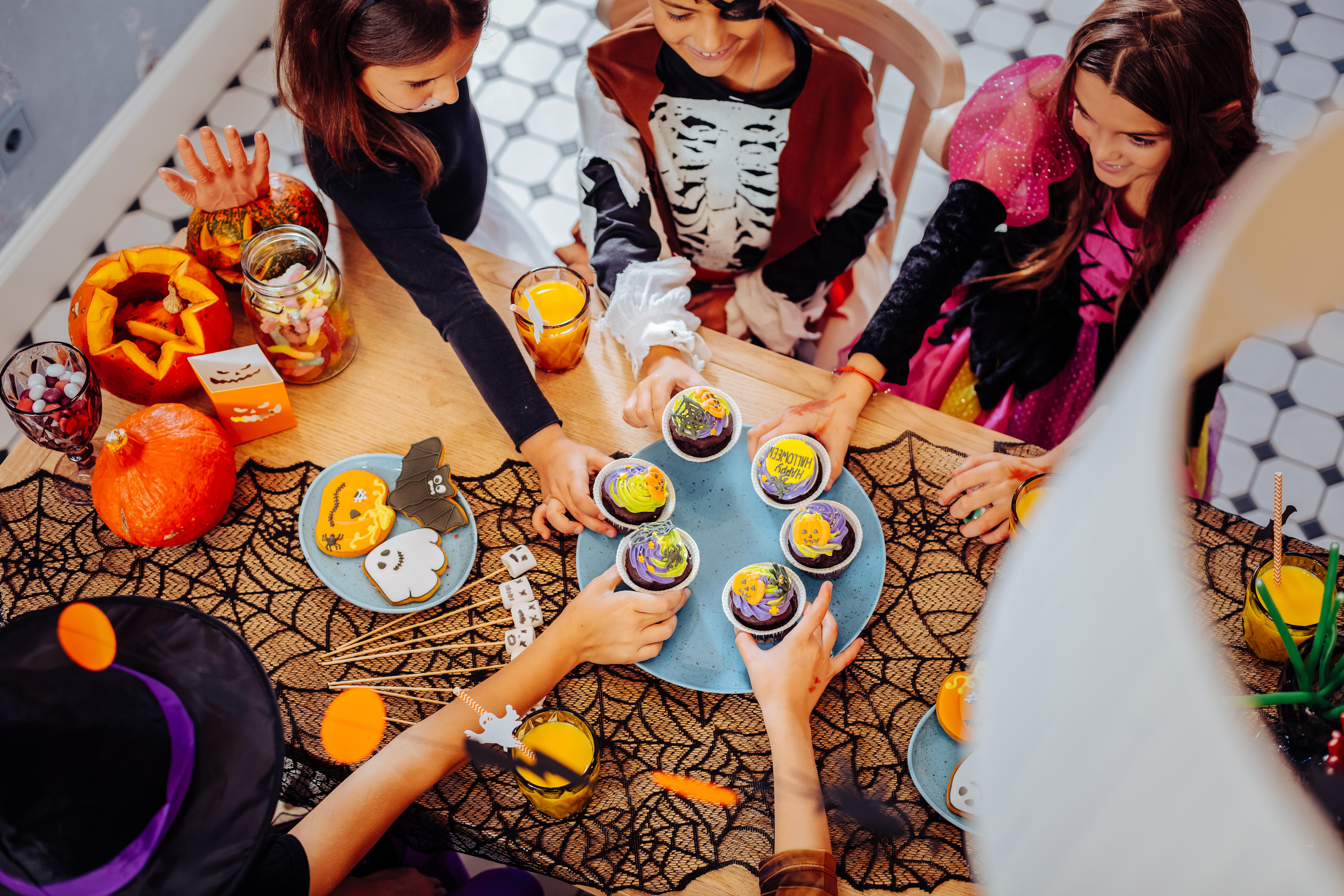 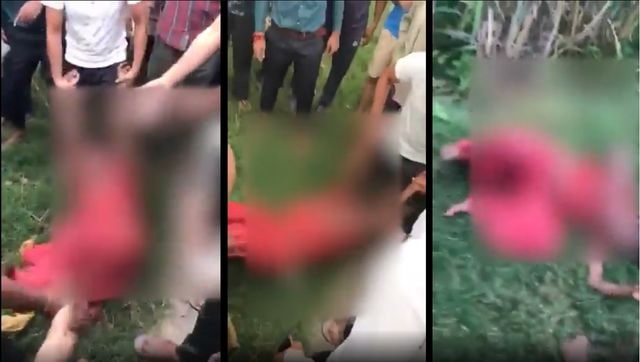 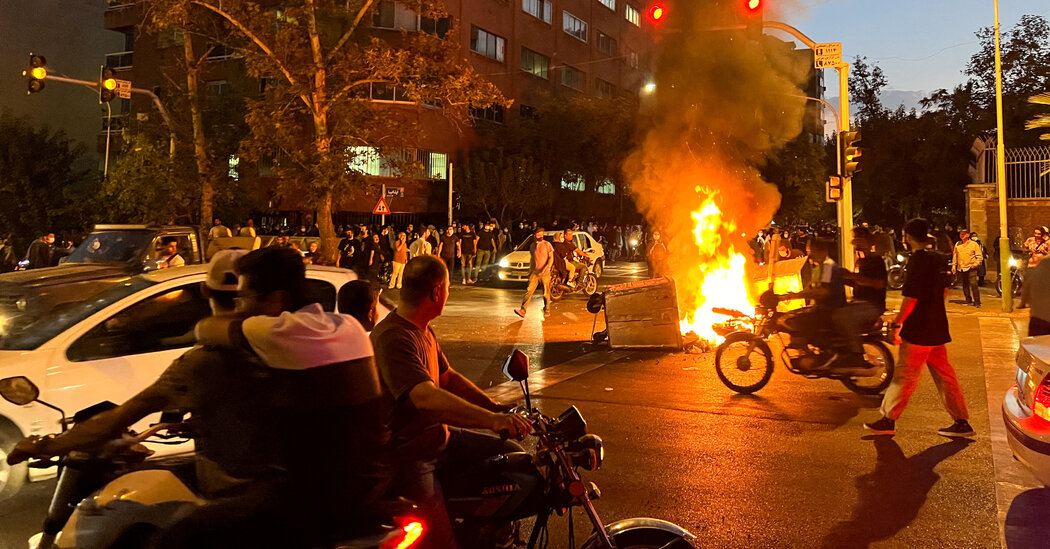