RURAL low-Covid areas will not be “decoupled” from coronavirus hotspots as it may trigger infections, it has been reported.

Health Secretary Matt Hancock wrote to MPs warning that putting rural areas into lower tiers would result in them “catching up” and “overtaking” neighbouring hotspots. 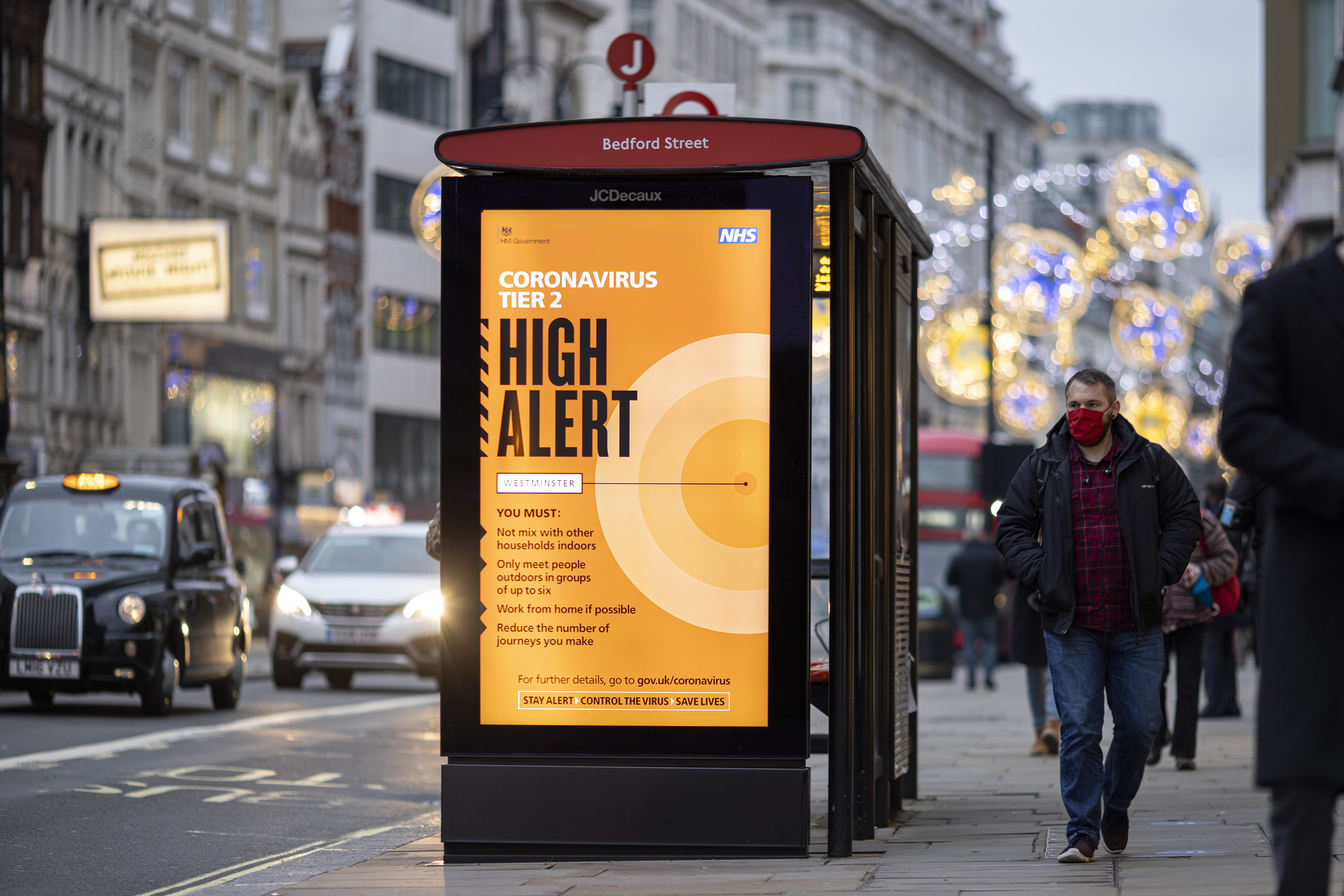 London could be heading for Tier 3 next weekCredit: London News Pictures 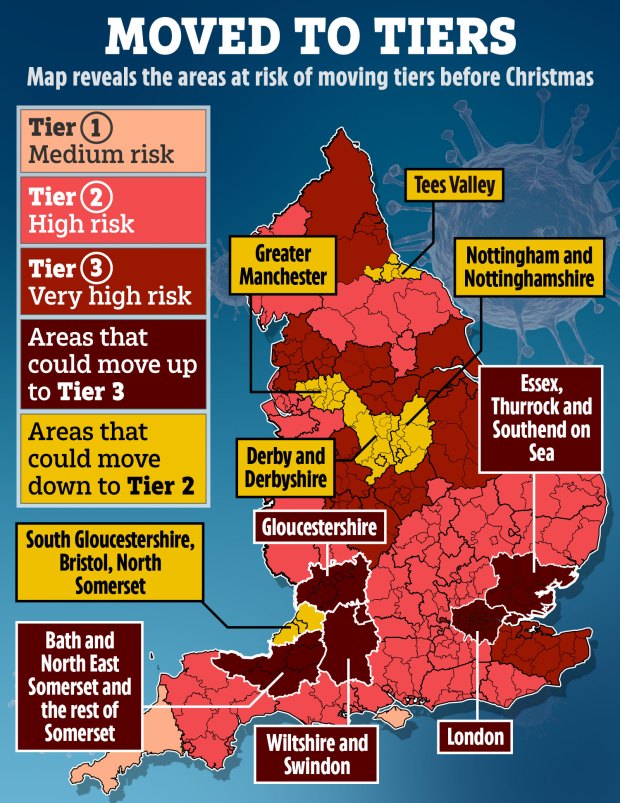 Many complained they were put in Tier 3 because of how close they are to ares with higher infection rates.

Boris Johnson has previously promised that the review of tiers would be done on a more “granular” basis.

There are hopes that rural areas like Lincolnshire and North Somerset could be placed into lower tiers.

Downing Street sources have said the PM is committed to looking at each ares on its own merits.

Tory MPs no believe decoupling is only likely to happen to larger local authorities.

In a letter to Lincolnshire Tory MPs Sir John Hayes and Gareth Davies, Mr Hancock said: “I understand the force of your arguments on the particulars of South Holland and South Kesteven and I know you made them in the best interests of your constituents, as you always have done.

“It is important to note that we know from lived experience over recent months that where narrow carve-outs take place in the face of higher rates in neighbouring areas, time and again these carved out areas simply catch up, and often overtake their neighbouring areas.”

He added: “It is important to note that we know from lived experience over recent months, that where narrow carve-outs take place in the face of higher rates in neighbouring areas, time and again these carved out areas simply catch up, and often overtake their neighbouring areas.”

Mark Harper MP, the chairman of the anti-lockdown Coronavirus Research Group of Conservative MPs, wrote: “The whole point of the widespread testing we now have is to enable restrictions to be focused at the most local level possible to target outbreaks. If the public is to continue complying with restrictions then it’s important that they feel the restrictions for their area match the level of risk.”

Andrew Bridgen, the MP for North-West Leicestershire, has said Mr Hancock told him a localised approach would be taken in his area.

His constituency is in Tier 3 – the same as Leicester but with lower Covid-19 infections – and is likely to move to a lower category after the next review.

Meanwhile, MPs in the capital believe all of London being put into Tier 3.

It was previously suggested London would be split between higher and lower tiers.

A Cabinet source told The Sunday Telegraph: “London is one capital – not 32 boroughs.”

Last month, officials in the Treasury and the Department for Business successfully argued to keep London in Tier 2, but now they admit it might not be possible this time around.

A Cabinet source from another department added: “It would decimate our sector so we’re obviously quite active in trying to stop it. But you have to face the reality.”

It comes as the Independent Sage group has called for the government to scrap Christmas and instead introduce a midsummer holiday next year for Brits to celebrate.

They believe the five-day reprieve will lead to a deadly third wave that will send cases skyrocketing in January.

The group said: “It should be stressed that if everybody chooses to take advantage of the three-household rule, there is a very serious danger of a third wave of the pandemic.”

Their comments were echoed by NHS bosses, who have warned Boris Johnson easing restrictions threatens to spark more infections.

But Dominic Raab today insisted the rules will not be tightened despite all the warnings.

The Foreign Secretary said: “‘It’s been a really tough year all round. Everyone’s felt it.

“People do need that five day window to spend a bit of time with their loved ones.” 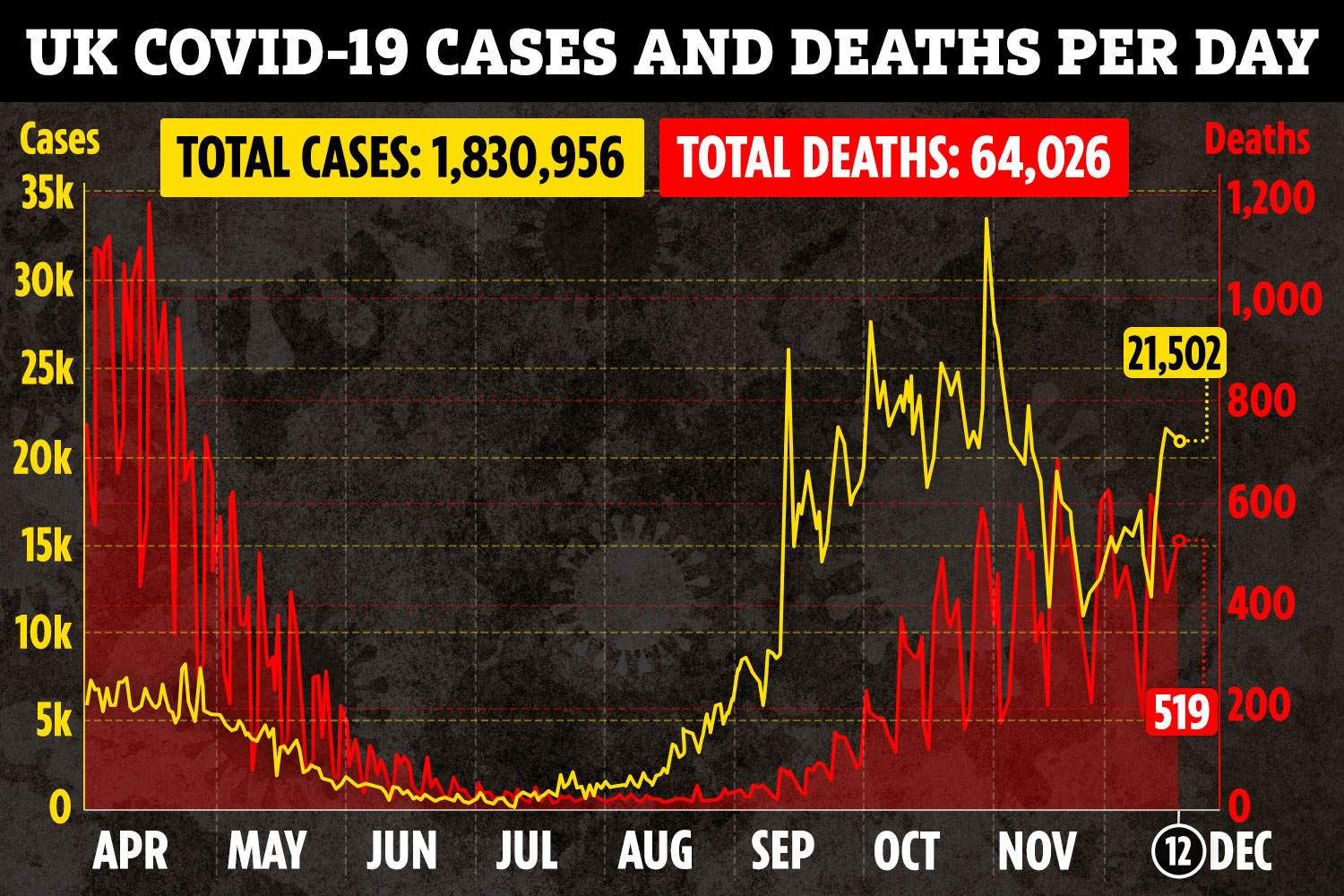