RORY MCILROY staged his own version of ‘I’m A Celebrity – Get Me Out Of Here’ as he found himself up to his neck in the Augusta jungle.

McIlroy is no stranger to a bushtucker trial in the trees and bushes down the side of the 13th hole here, and he was at it again as he finished off his opening round in disastrous style. 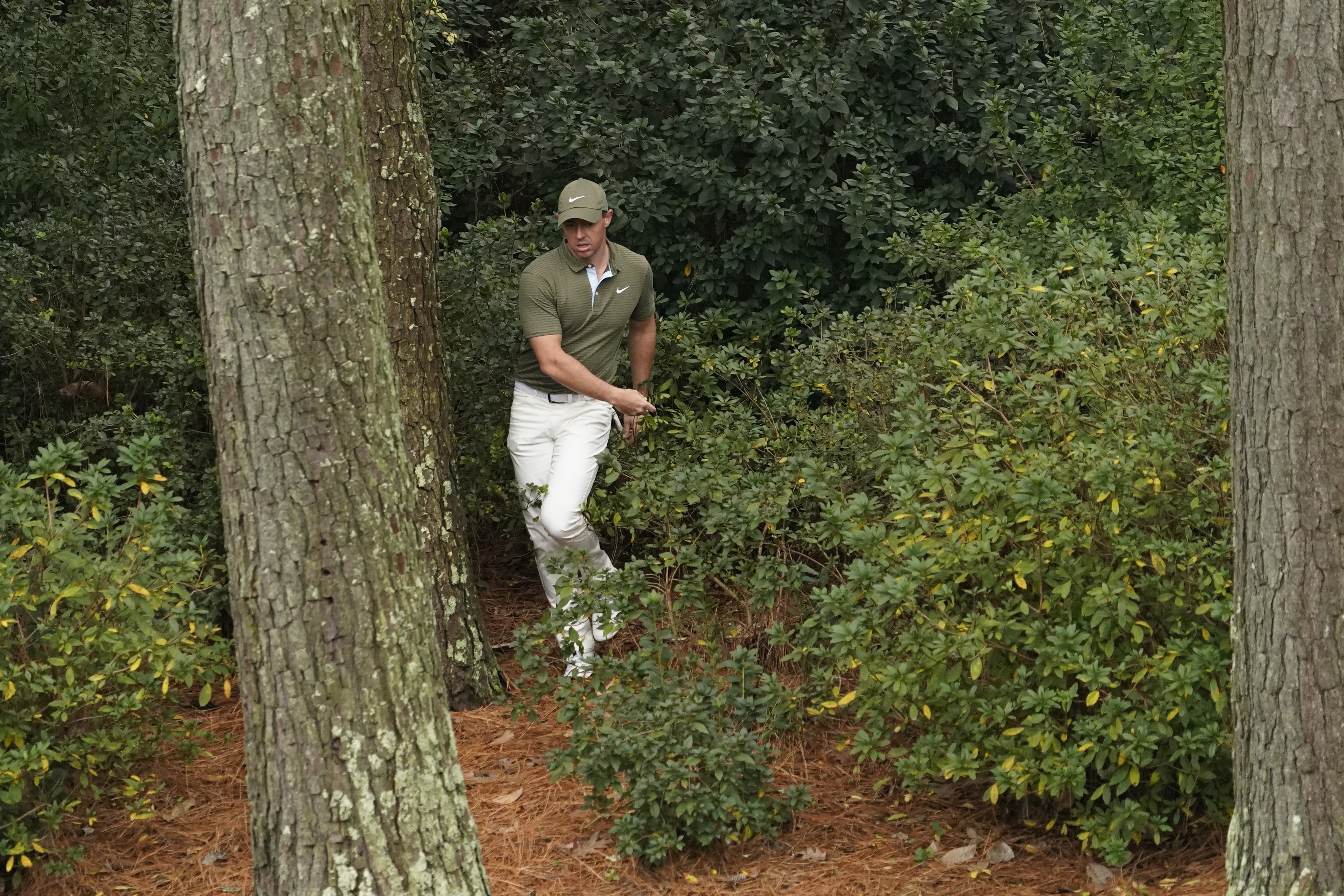 Rory McIlroy took a trip into the woods on the 13th holeCredit: AP:Associated Press 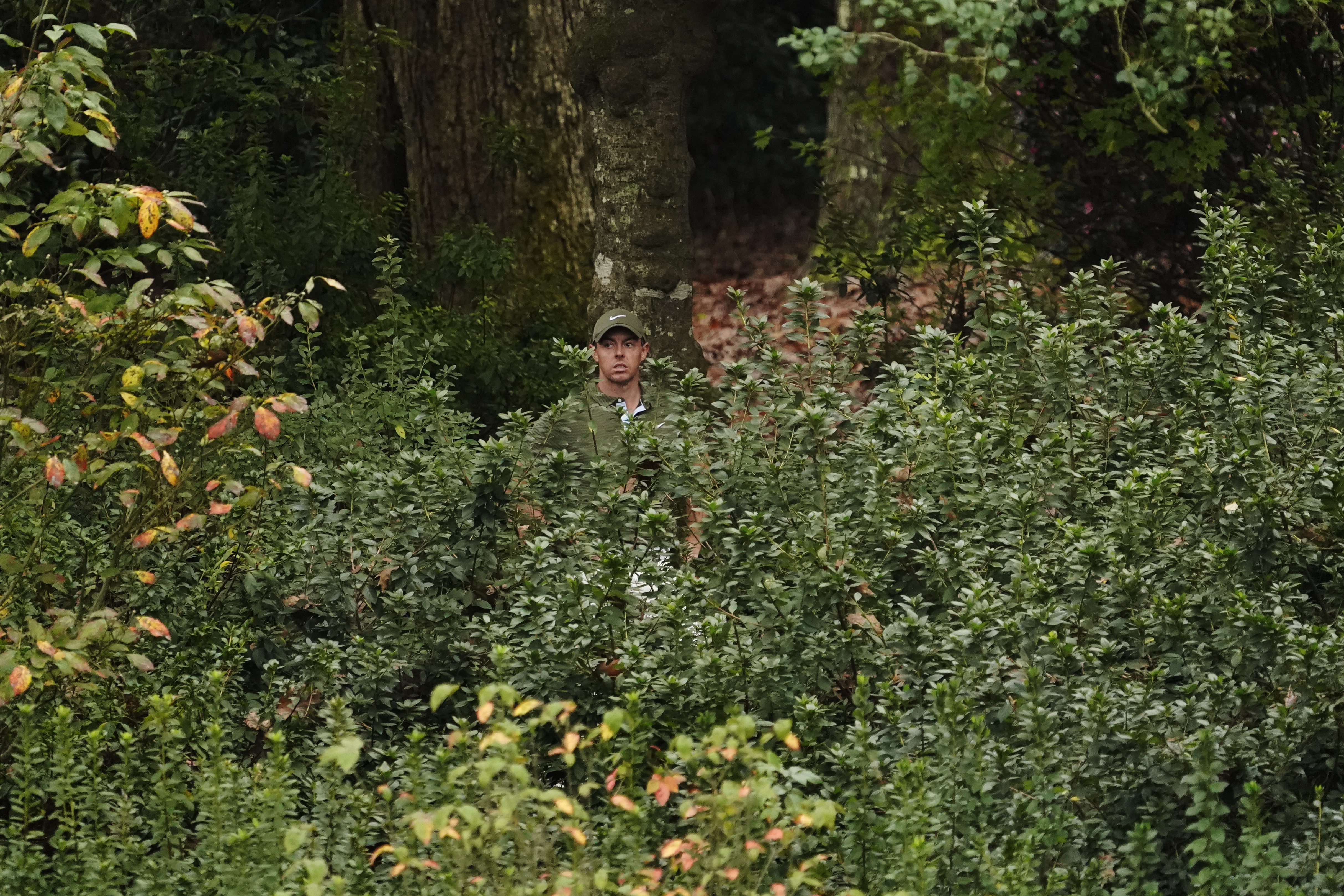 The Northern Irishman hit his tee shot a long way left on the 13thCredit: AP:Associated Press 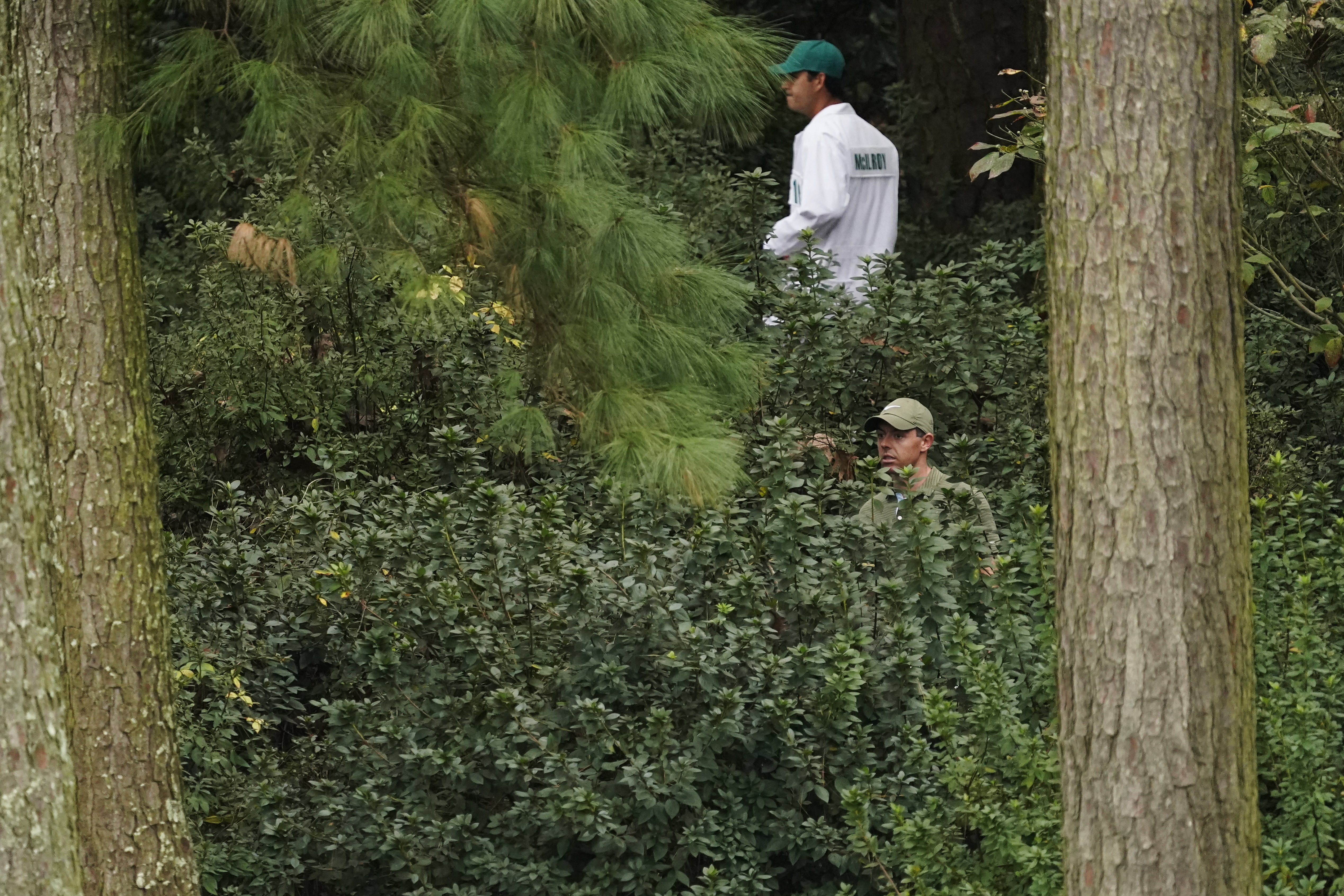 Rory McIlroy tries to find a route back into playCredit: AP:Associated Press

He crumbled to an opening 75 and at three over par he was ten shots behind the three men sharing the lead – playing partner Dustin Johnson, Dylan Frittelli of South Africa, and Paul Casey.

Typically, McIlroy staged a second round rally to make sure he would not be among the earliest competitors evicted from the Masters.

His six under par 66, lifting him to three under after 36 holes, was a fantastic bounce back. And it could have been even better, as he missed a host of chances after rattling off four birdies in his first eight holes

But you just sense he gave his rivals far too much of a head start, and the Major he needs to complete the career Grand Slam is out of reach for another year.

The four time Major champion will argue that he repaired enough of the damage to still have a chance. But history tells you otherwise.

Only one man has ever won the Masters after shooting 75 in the first round, Craig Stadler back in 1982. 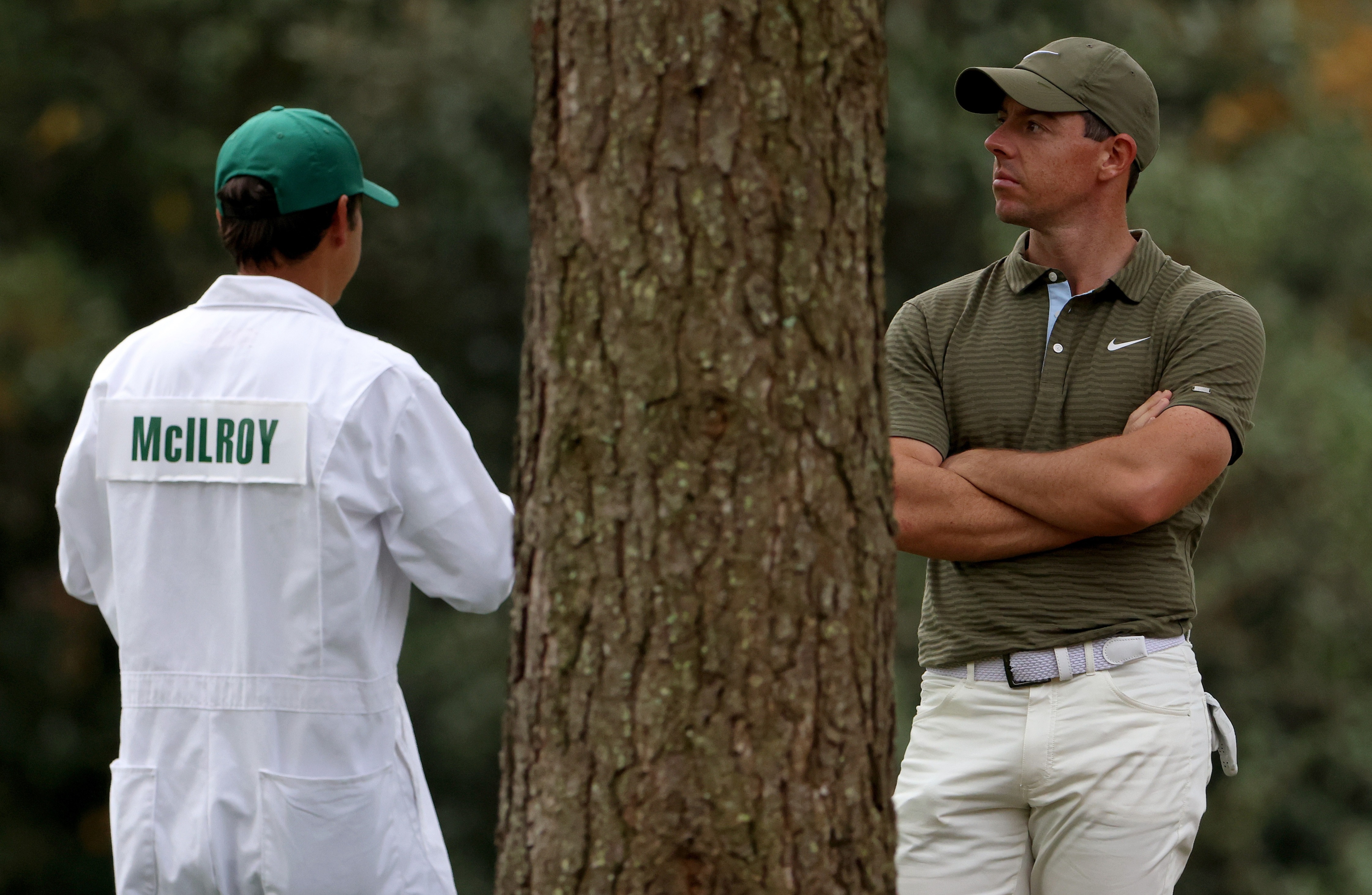 He bounced back to make sure he wouldn’t miss the cut at AugustaCredit: Getty Images – Getty 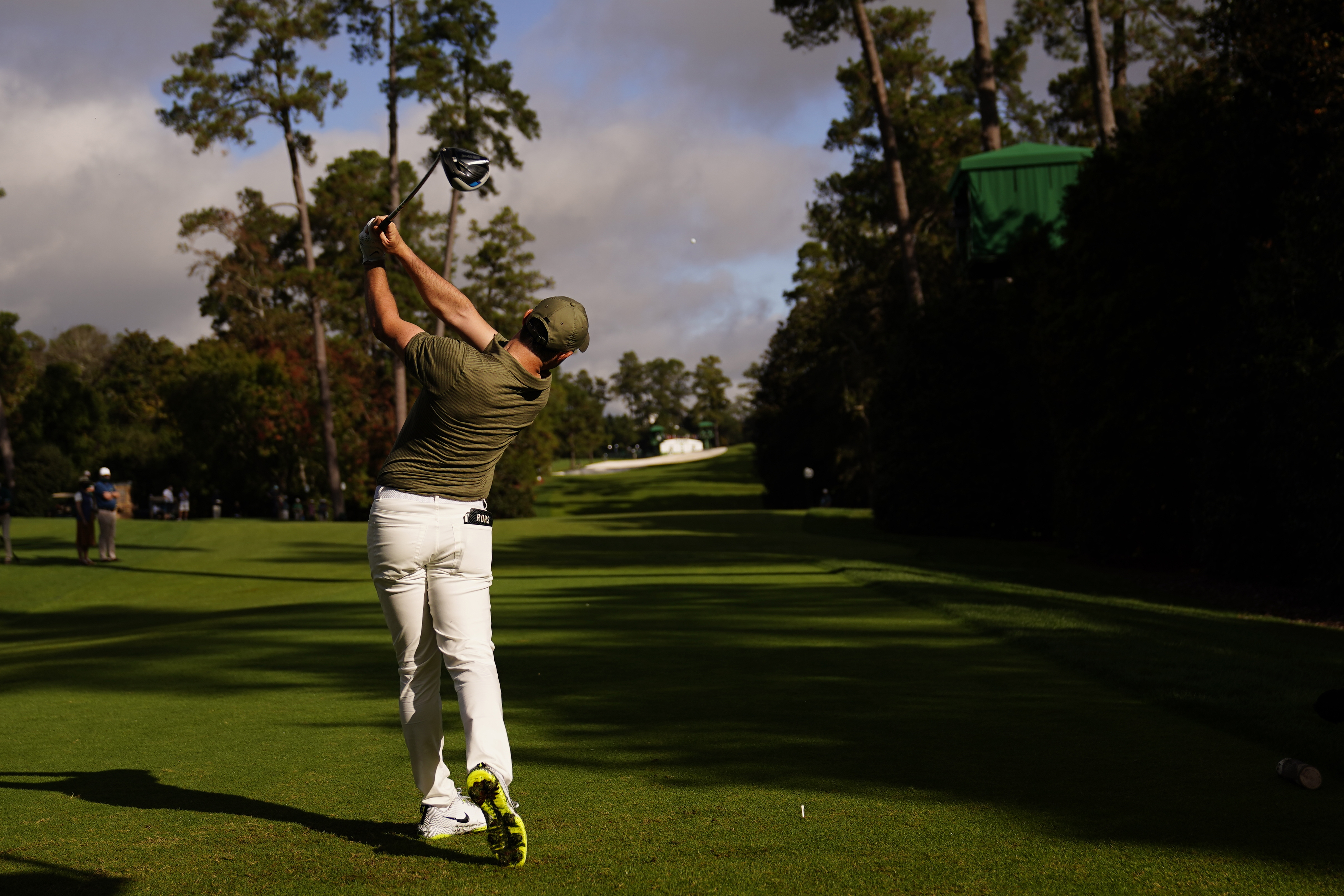 But he was helped by the fact that the scoring was not exactly electric that year. The only player to break par on the opening day was Jack Nicklaus, who shot a 69 to lead by three shots.

Nicklaus followed up with a 77 as he stumbled towards a share of 15th place, and Stadler was tied for the lead on level par after his own 69 on day two – while his winning score was a mere four under.

Those numbers are definitely not going to be anywhere near good enough this time.

The first round scoring average of 71.41 was the lowest in the Masters’ 86 year history. And 53 players in the 92 man field broke par, another record, beating the 47 who went low in the second round in 1992.

The 24 scores in the sixties were yet another Masters best, and those statistics summed up just how bad McIlroy’s opening effort was. Quite simply, Augusta could not have been playing any easier.

You would never have known that as he resumed his first round facing an awkward bunker shot from the side of the tenth.

He splashed out to 12 feet, missed the putt, and the bogey that dropped him to one over par was just the start of the troubles.

McIlroy, 31, was deep in the rubbish down the side of the 13th during the final round meltdown that cost him a green jacket in 2011, and he was back there again after an awful snap hook off the tee.

There seemed no chance he would find his ball and he slapped a provisional down the other side of the fairway, onto the pine straw, and a big number was looming over him. 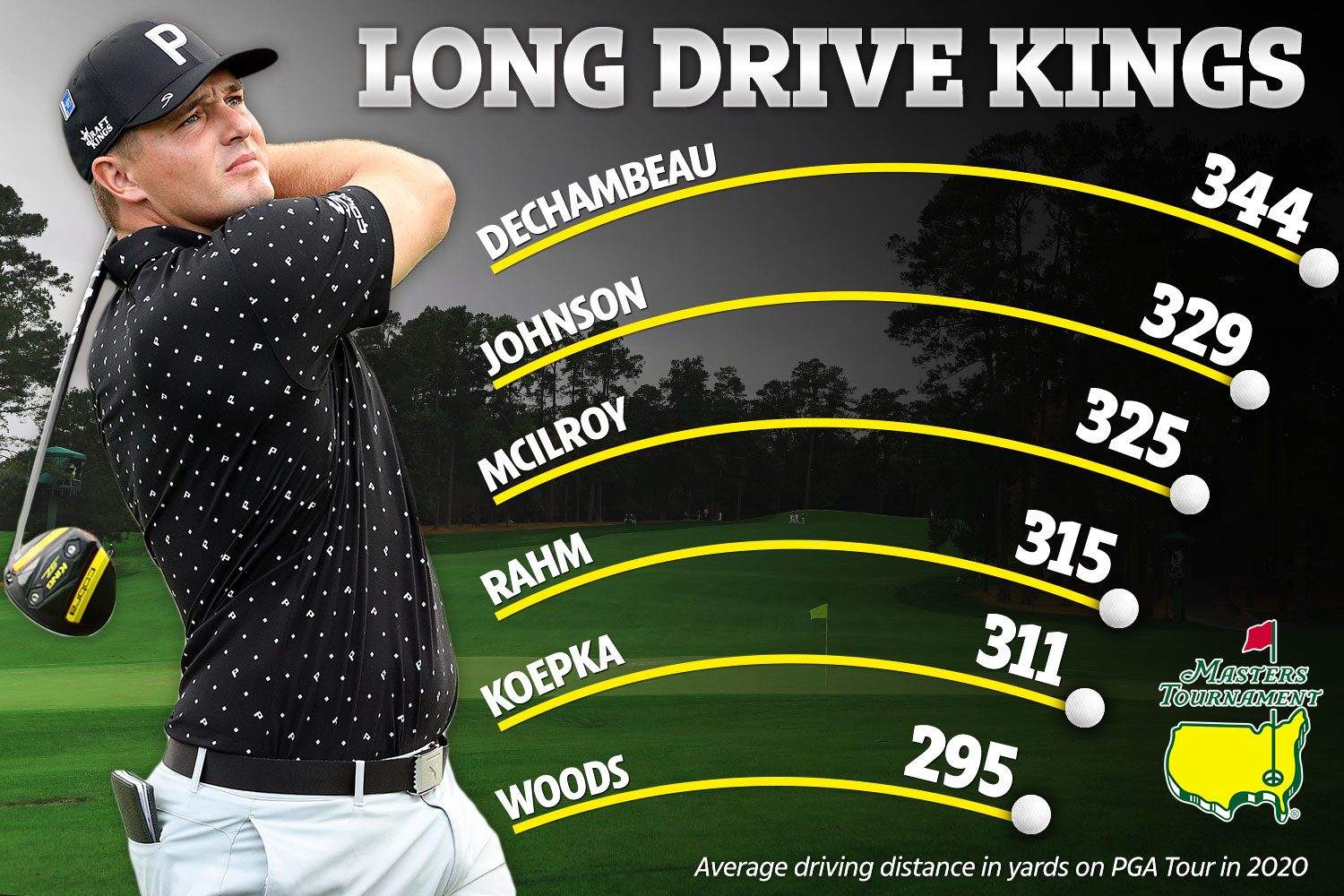 It was hard to spot McIlroy in his light green shirt and cap as he rummaged around the foliage for his ball – and amazingly it was located by a man wearing a darker shade of green, one of the Augusta members who had been watching the action.

McIlroy took a penalty drop, hacked out onto the fairway and managed to limp away with a bogey six – and got that shot back with a two putt birdie on the long 15th.

But the low point of the round arrived on the 170 yards 17th, as the former world No 1 slapped an eight iron way right of the target.

His disbelieving yell as is ball dived into the lake fully twenty yards short of the green summed it up – “That’s SO bad. Oh my God”.

He somehow regrouped before heading back onto the course just twenty minutes after signing for that 75, and what followed was SO good.

But he is six shots behind world No 1 Johnson, Justin Thomas, and the less well-known Abraham Ancer of Mexico and Australian Cameron Smith.

Patrick Cantlay is five clear of McIlroy, Justin Rose is three shots to the good, and Brooks Koepka is two ahead. They are not the sort of players you want to be chasing.

Rory McIlroy discusses working on his swing ahead of 2020 Masters