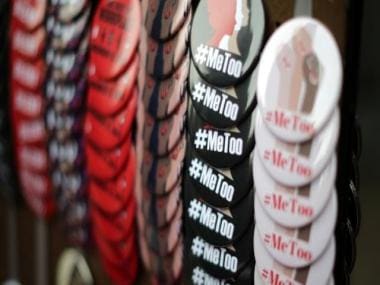 In the context of rape in particular, the trend of the accused seeking to prevent the media from covering trials presents a unique challenge for media reportage.

The Network of Women in Media, India (NWMI) together with many eminent personalities is deeply concerned about the rising trend of powerful men seeking gag orders on the media in sexual assault and harassment cases.

We stand in solidarity with survivors of sexual harassment and assault. While prioritising the privacy and dignity of survivors above all else, we believe that responsible reporting of broad facts in rape trials is in the interests of justice.

The latest instance of the media being gagged is in the alleged sexual assault case of a woman actor for which hearings are currently underway in an Ernakulam trial court. In this case, the woman actor who works across southern India’s film industries was allegedly abducted and raped in a moving vehicle in Kerala in February 2017. Investigations by the Kerala Police revealed that the prime conspirator in the crime was a reigning superstar of Malayalam cinema.

The trial commenced in-camera in January 2020. In March, the accused obtained a gag order from the court against the media’s coverage of the case. In September, he filed a petition in the same court against 10 media houses for allegedly violating the gag order – the hearings in this matter, too, are currently ongoing.

When sexual harassment allegations against a politician surfaced on social media in March 2019, he obtained a temporary injunction from a Bengaluru Sessions Court banning 49 media outlets from publishing anything “defamatory” or “derogatory” against him. The following month, the Karnataka High Court set aside the injunction. In July 2020, the Delhi High Court lifted its 2017 gag order restraining publication of articles and comments on sexual harassment allegations against a Mumbai-based venture capitalist. In 2014, the Delhi High Court had issued a gag order on publication and telecast of a law intern’s sexual harassment complaint against a former Supreme Court judge.

Earlier this year, an ad-interim injunction was passed by a Court in New Delhi directing several publications to take down articles about sexual harassment complaints against a sitting Rajya Sabha MP’s son, while he himself pursued a defamation suit against one of his accusers as well as various media platforms that ran the story.

In the context of rape in particular, the trend of the accused seeking to prevent the media from covering trials presents a unique challenge for media reportage.

According to news reports, the petition filed by the Malayalam actor argues that “the continued illegal act of publishing matters in relation to the in-camera proceedings in this case” are calculated to injure his reputation and violate his fundamental right to fair trial.

The choice of words in the petition underlines the irony of the situation: Section 327(2) of the CrPC mandates that rape inquiries and trials should be conducted in-camera; and Section 327(3) mandates that it is unlawful to print or publish any matter related to in-camera proceedings without the court’s previous permission. These legal provisions were introduced in India with the intention of safeguarding the identity and privacy of survivors in a society that tends to shame women who have faced sexual assault and harassment. These provisions were certainly not introduced to protect the reputation of a person accused of committing an offence of rape.

We find it particularly distressing that persons accused of serious crimes against women are seeking the protection of such laws when it is more than evident that such persons already enjoy considerable clout to influence the case and public opinion.

More recently, there have been reports alleging that the accused Malayalam film star has been trying to intimidate and influence witnesses. The prosecution has sought cancellation of his bail and has alleged that he tried to influence a witness. As per a report on Malayala Manorama’s online news portal dated 15 September, 2020, “According to the prosecution, several witnesses who had earlier testified against the filmstar, who is one among the prime accused, have changed their statements before the court. Subsequently, the main witness also shifted the stand. The prosecution’s plea says that a lawyer based in Thrissur had tried to influence a witness who had given a statement that he had seen the accused film star meeting Pulsar Suni, another accused in the case, at Tennis Club in the town.” According to media reports, in late September, one witness filed a police complaint saying he is being threatened to change a statement earlier given to the police.

Meanwhile, the accused has served legal notices on several Malayalam film personalities who wrote social media posts about witnesses in the case changing their testimonies.

We wish to point out that, despite the prevalence of patriarchy in Indian society, the country’s women’s rights movements have successfully sensitised significant sections of society to women’s concerns. As a result, time and again, it is the weight of public opinion and the role played by responsible media coverage that has helped sensitise and exert pressure on governments and the police to act against perpetrators of sexual assault and harassment. Clearly, there can be no public opinion if there is no information in the public realm. We believe this is why powerful accused are increasingly trying to suppress the social media and news media, in a scenario where most systems are already weighted heavily in their favour.

We respect the need for in-camera proceedings in rape trials, but we remind all parties concerned that Section 327(3) of the CrPC includes a provision for limited media coverage of in-camera rape trials “with the previous permission of the Court.” We appreciate the vigilance of courts against irresponsible journalism, but urge that responsible, sensitive reporting of basic facts such as witnesses not turning up, witnesses retracting previous statements, hostile behaviour of the accused against the survivor and so on, should be allowed in the public interest and in the interests of the victim/survivor.

It needs reiteration that Section 327 of the CrPC and Section 228A of the Indian Penal Code (protecting the identity of the victim) were provisions enacted by Parliament to safeguard the rights, interests and privacy of women survivors. These provisions cannot be invoked by accused persons to silence the media or women survivors. It would result in serious miscarriage of justice if powerful and influential men of means manage to take refuge in laws designed to protect women by flouting all tenets of a fair trial and abusing the justice system. Anonymity is given by law to a woman survivor, and not to hide the misdeeds of a male accused.

We believe that blanket gag orders are harmful to survivors and benefit accused in our patriarchal society.

We urge media houses that are sought to be silenced by such gag orders, petitions and defamation suits, to respond, challenge and contest the same in  court.

We urge media houses to continue to report vigilantly and responsibly as they have in such cases, without succumbing to fear or intimidatory tactics. Justice, as we all know, must be done but it must also be seen to be done, in as transparent a manner as possible.

Members of the Network of Women in Media, India:

This statement was originally published on the Network of Women in Media, India.

In the Pandemic, a Shifting Ballot Debate on Legalizing Drugs

Why do fans think actor Carlos PenaVega is a Trump supporter?

Who are the Boogaloo Bois? Extremist shot up MN precinct: documents

Boy, 9, accidentally shot and killed himself moments after shooting at bird